It’s 1am outside Birmingham’s Rainbow Venues and Darius Syrossian is lying face-down on the curb. He’s taken a spill running for a taxi shortly after stepping off stage at the club and, after toasting another successful Do Not Sleep event – the party he started at Privilege’s Vista Club last year – his night has turned to disaster. As he looks up, blood pours down his face. But he doesn’t look fazed. If there’s one thing Syrossian has grown used to, it’s bouncing back from a fall.

With Do Not Sleep, he was responsible for one of the big Ibiza successes of 2015 with a summer of packed nights at Privilege that showcased his B2B2B sets with fellow residents Sidney Charles and Santé, the music ranging from from deep and groovy through to tech and US house. Do Not Sleep went up against Solomun’s +1 at Pacha, Luciano’s Vagabundos at Space and Steve Lawler’s VIVa Warriors at Sankeys Ibiza on Sundays, in a club many have struggled to fill. “On paper it should have failed,” Syrossian says over lunch the afternoon before his party at Rainbow Venues. “But it’s not exciting if something isn’t a challenge.” 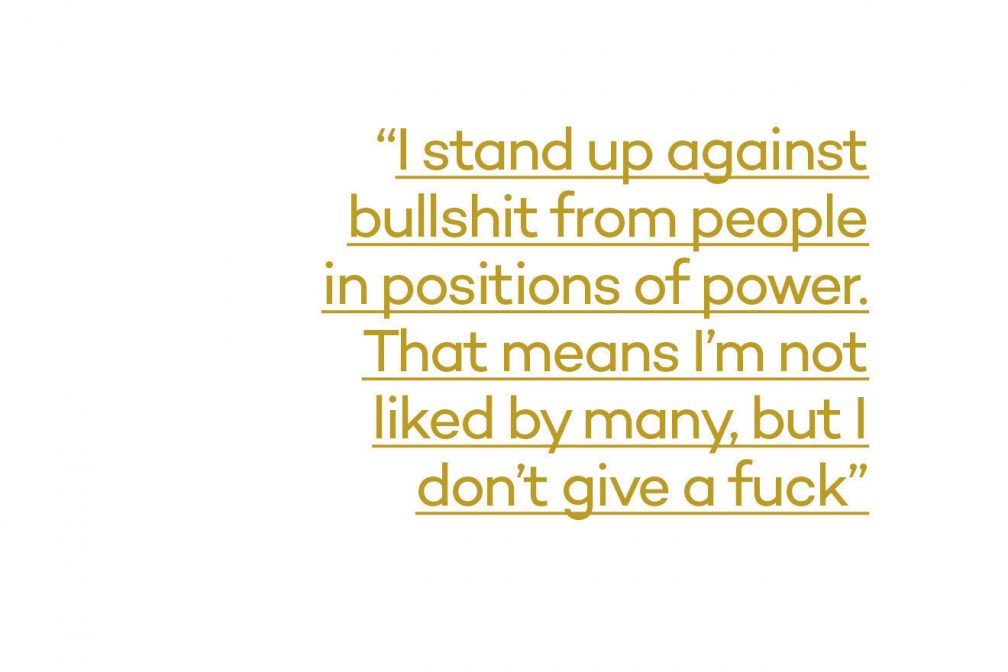 The reward is the chance to shape Sundays during the final season at Space, with 10 weeks of parties on the terrace, four in the main room, and two old-school evening parties on the Sunset Terrace. Wearing a crisp white T-shirt, Persol shades, black jeans and leather boots, Darius looks every part the Ibiza DJ, cutting into a steak on the terrace of Marco Pierre White’s English Chophouse. Sipping from a glass of Malbec, Syrossian says the party’s success is down to a no-frills philosophy where there’s strictly no VIP. “There’s enough of that shit on the island,” he explains. “Ibiza started with the hippies, so we wanted to emulate that spirit: inclusivity over exclusivity.”

His passion is obvious. In his Yorkshire accent, Syrossian talks at a hectic pace, apparently wishing he could get his words out even faster as he remembers the moment he realised Do Not Sleep was beginning to make waves. On deck at their fourth party, he saw Richy Ahmed walk up to the DJ booth. “I just told him to get his headphones out,” Syrossian explains. “He played for free because he loved it so much.” At the end of the set Ahmed took to the dancefloor for the last track. “At that point I knew we’d done something special,’ he continues. “And that lifted a huge weight off my shoulders.”