The time is 4:20am and I’m writing in my notes what I want to address to Simon Dunmore. I haven't been sleeping well much like most of the world’s population. Uncertainty has robbed many of us of that level of peace of mind. I can attribute this to the pandemic and in addition the fact that Black people are reported to have much higher mortality rates when faced with COVID-19. The task of making sure my three sons' mental health is registering on the high, upbeat end of the spectrum is a tough one. Financial uncertainty has seen swathes of people either sacked or furloughed, with no real knowledge of a return to work being confirmed by businesses or the government.

Uncertainty. That word is very poignant within the Black community and diaspora. It's the bedrock of foundations like Black parenting tropes such as “you need to work twice as hard!” The level of uncertainty propagated from birth with mantras like “Black Excellence” in the United States. Reaffirmations that we as a people are good enough to exist in spaces with our white counterparts. Uncertainty is also fueled by the racial disparity between Black and white sections of society. The awareness within Black groups that the meritocracy will not favour our endeavours in the same way white people enjoy.

“Read the room” Is a phrase I’ve become quite familiar with over the course of this year. Huge brands and corporate entities that shape popular culture have failed to assess and use their analytical prowess to tap into consumer moods and trends. If this had been employed, it would have been easy to guage the social tinderbox being lit following the brutal murder of Breonna Taylor and George Floyd. These deaths were not unique in their horror, or the blatant display of how Black people in much of the world are subjugated in various aspects of life. No. What was unique was that collectively this was the moment where a very large Black and white contingent said they’d had enough!

The pain of the moment would have been especially noticeable within and around Black communities. Black spaces, friendship networks, social media ecosystems which cater to the Black conversation had begun to circulate and report the news of Floyd’s murder at the hands/knee of a Minnesota police officer, which was of course caught on camera. Some were enraged at the blatant callousness of the act, but more so the behaviour of the law enforcement around George Floyd who did nothing. Silence. Their silence made them indeed complicit in his murder.

The situation of helplessness within the Black community is amplified by the fact all of these events are occurring during the global pandemic. From as early as May data had begun to emerge from the US and UK that statistically Black people were more likely to contract and die from Covid-19 than any other demographic. Fear attached itself to one racial grouping more than the other. Fear of a deadly virus with no known vaccine in sight, and fear of a punitive police which has never truly gotten rid of its ‘bad apples’.

George Floyd was murdered on May 25 2020. Immediately something was different. Protests happened throughout America and the rest of world, becoming the focal point of western media. Large corporations broke political impartiality and adhered to a newfound sense of moral code to address what happened. Sports brands Nike and Adidas actually put out social media statements echoing each other's sentiments and confirming solidarity on the issue. Most surprisingly late on June 5 2020 the NFL Commissioner Roger Stokoe Goodell did a surprising U-turn on the issue of protests within the sport. The organisation which has most famously ostracised Colin Kaerpenick for taking a knee for similar abuses of police power, took a stand by first addressing its failings in listening to players' concerns. 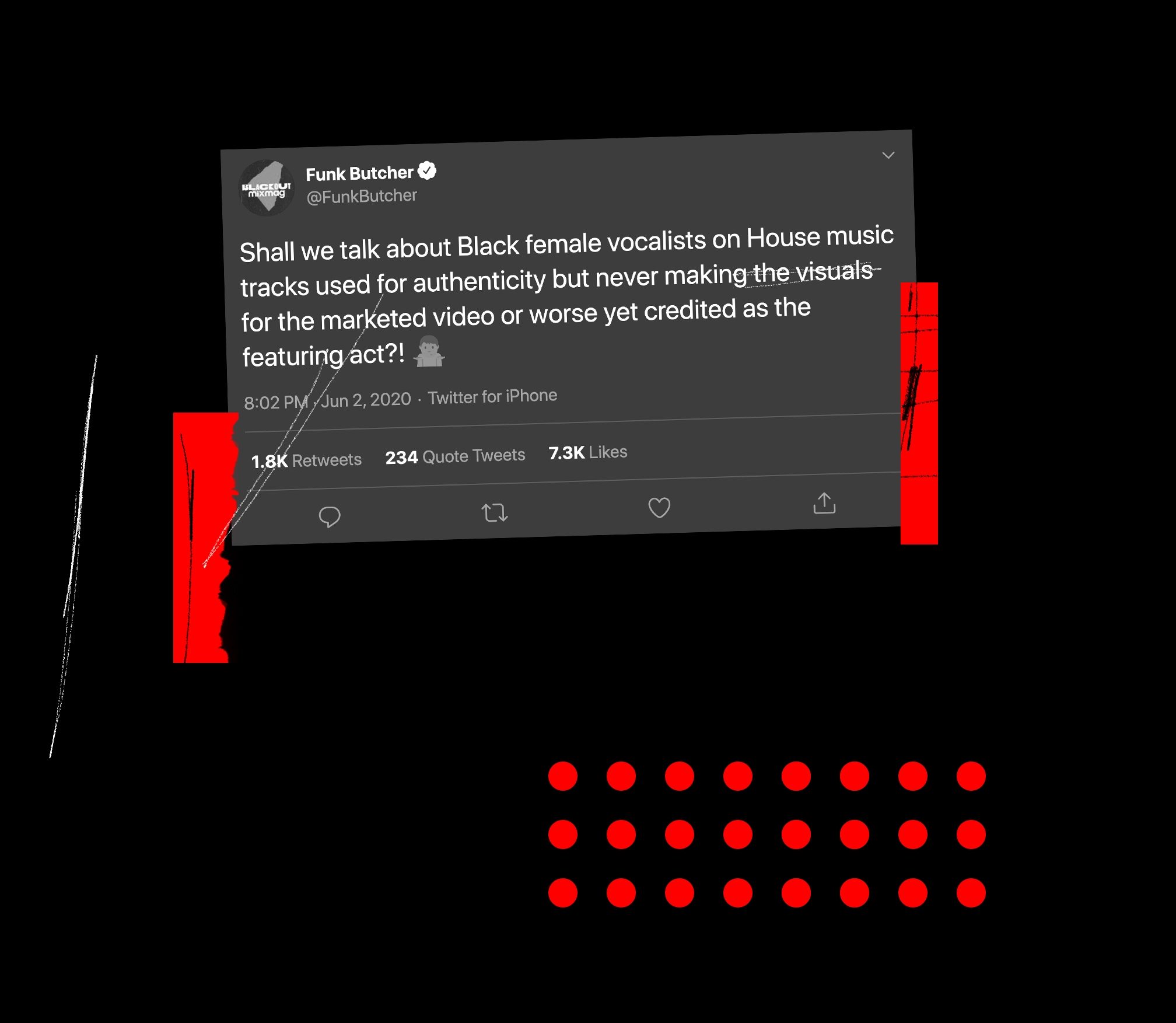 The entertainment industry marked the moment on June 2 with Blackout Tuesday. The coordinated effort was to observe the seriousness of the issues at hand via a form of digital protest. Beyond that the scope of the messaging was left up to the interpretation of the media talent or organisations taking part. What was easy to see however was how genuine this time was for companies and which ones were reacting to the mood of arguably the most influential parts of the consumer public.

I had started a conversation online on Blackout Tuesday about systemic racism within the music industry and especially the genre I work within, house music. The thread on the omission and manipulation of Black women in music was the precursor to a much wider discussion in and around Black autonomy within Black music. If you read the room since George Floyd’s passing, the cognitive dissonance was at an all time low. It was the perfect time for difficult and disruptive ideas to be aired. The message and discussions I was having were not new, but set against the global pandemic it made the ideas much more poignant and more importantly, much more uncomfortable, and harder to avoid.

It was almost 9 minutes of a knee pressed into the neck of Black man which sparked a chain of events across the world in the hearts and minds of Black and white people. Those operating primarily in the realms of Black culture should have been able to spot it immediately based purely on proximity, but they didn't, and it confirmed for me what I and many other Black professionals had known, that we are not seen beyond our creative disciplines. I constructed a thread to a prominent figure head and contributor within my own professional working space of house music, Simon Dunmore. To understand context, the full thread can be read here. 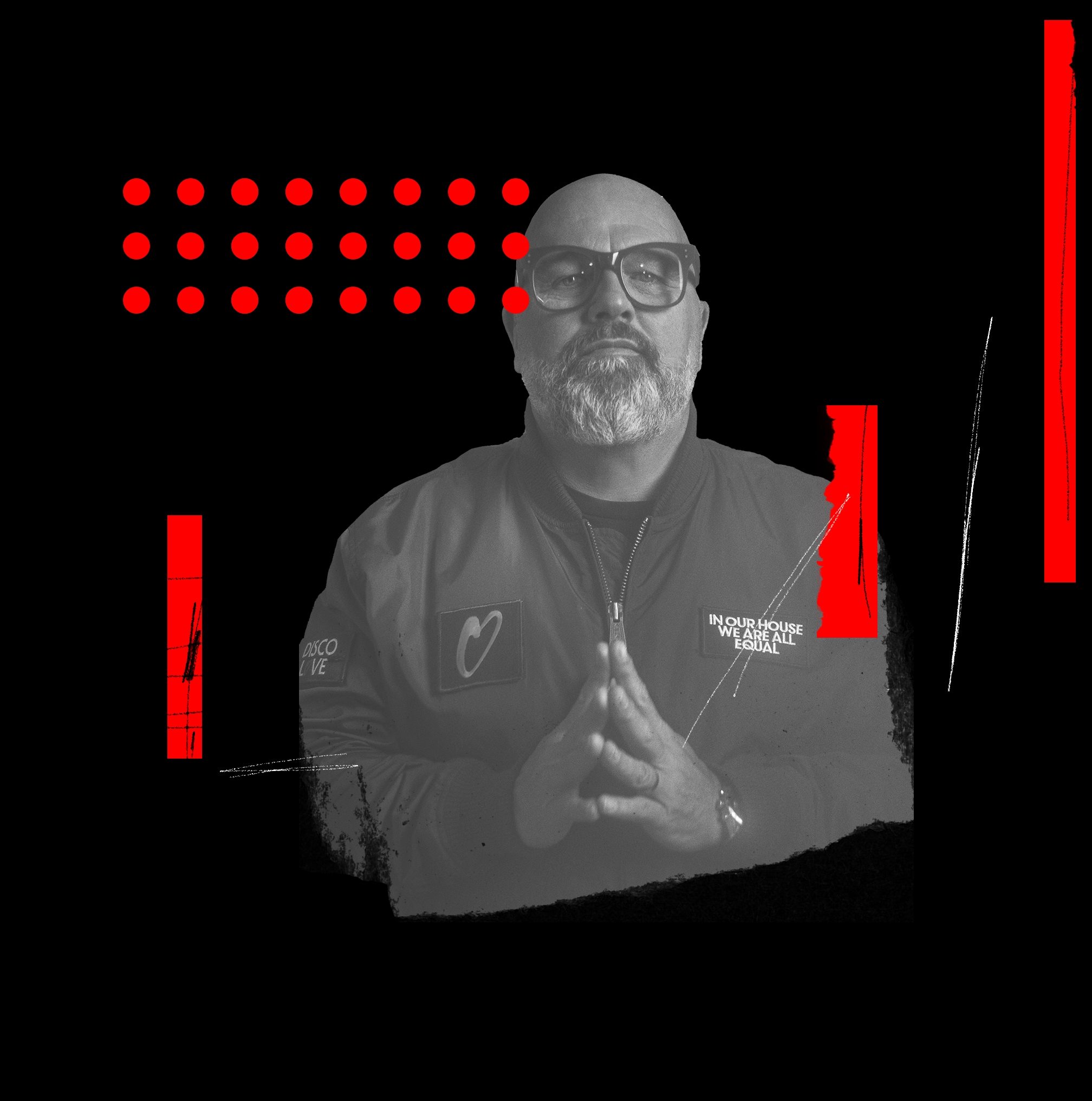 Simon Dunmore founded Defected records, one of the UK's best known and successful independent dance labels in 1999. By the nature of his longevity in the industry, Simon presents himself as malleable. Adapting to the demands of an ever changing market space, Simon has already shown his ability to be introspective and possibly correct the misgivings other mainstream fans may have of the Black music artform and its runnings. This is one of the many reasons I believe this dialogue is possible and necessary.

Simon's initial position on the matter was what I described at the time as tone deaf. Since then his willingness to explore the sentiments behind the collective Black outrage and frustrations is something I’m much more enthusiastic about and willinging to build upon. We arranged a more extensive conversation on the issue and possible solutions, which you can watch below. The resulting transparency should do well for both sides of the conversation at a time where avoidance is really not something which is on the table. The year 2020 is once again presenting chronic, long-standing issues, but in a new light, and there’s a hope that maybe this time around, a more accelerated progress can be achieved. The key to that progress is education and we all have a lot of homework as a society (which includes the music industry) to be doing.

Kwame Safo is a DJ, broadcaster, label head, producer and music consultant. He is the Editor of Mixmag's Blackout Week and you can follow him on Twitter here