Back to it: Breaka’s high-energy club music is sparking dancefloors back to life - Music - Mixmag
Home Latest News Menu

“This track is about having a deep look in yourself and seeing what you can find,” says Breaka, real name Charlie Baker, on ‘Look Inside', the opening track to his forthcoming debut album ‘We Move’. The 25-year-old co-wrote the lyrics with his mother on the soon-to-be-released single, producing a vocal breaks track tinted by the shadows of a two-year lockdown. It’s a deep dive into a self-reflective period, a time of isolation, and most certainly, celebrating coming out the other side to the long-awaited return to the dancefloor. The track finds a pocket between those ominous feelings and the anticipation of something better to come, marking the starting point to Breaka’s first-ever full-length release that weaves through similar themes.

It's the London-born producer’s curiosity for experimentation that motivates him to explore the spaces in between. He first came through dealing in a murky blend of footwork, juke and jungle back in 2016, and now traverses all manner of energetic club sounds. Taking inspiration from every corner of the globe, Breaka also works influence from styles such as kuduro, Baile funk, amapiano, soul, jazz, trance and UK funky into the mix.

His journey from starting out making tunes to releasing 'We Move' has seen Breaka create his eponymous record label, Breaka Recordings, and co-launch the playful ‘workout-based club night' Stretchy Dance Supply in Leeds, where dancers can find themselves being led in aerobics routines or handed props in spontaneous comedy performances while being treated to a relentless soundtrack of fast-paced club music.

We caught up with Breaka from his studio in London ahead of the release of ‘We Move’, due this month on February 18 via his own label. Check out our interview below alongside his high-energy Impact mix. 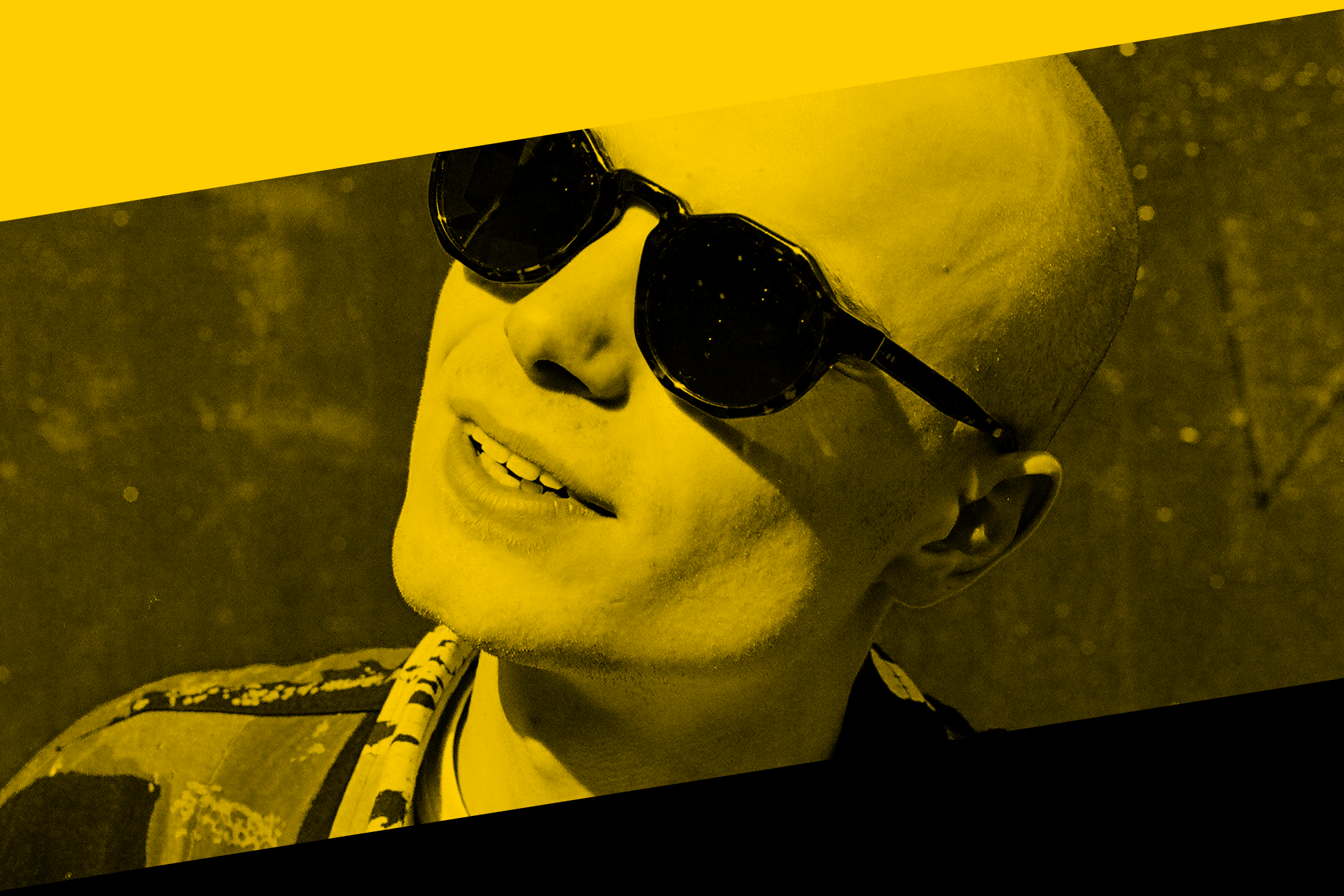 I’ve just put two and two together and realised that you and Bakey are brothers, is that right?

Yeah, everyone brings this up! They’re like, ‘What?! No way, you don’t look anything alike’, and people will come up to us on nights out and be baffled that we’re together, and we have to be like ‘yeah we’re brothers!’.

So I guess music runs in your family? Who got into playing and producing first?

Me! He’s bare young, like five years younger than me. When we both started going out we realised like wow, this is it, this is what we need to be doing. We’re really lucky that both of our parents are musicians so when we were kids, we played the drums and other things, and I guess it was just natural. My parents make library music - little jingles and cheesy things for TV. They’re both pretty sick of it at this point, but they surrounded us with a lot of beautiful music throughout our whole childhood!

Read this next: DJ Taye is evolving footwork

Your first full-length record, ‘We Move’ is coming this month. What was the process like in producing this one?

Obviously, there’s a don’t-mention-the-war type situation, but it was made during the depths of lockdown. I’ve been building up to this for quite a while and I wanted to do a full-length release — I just really wanted to do justice to everything that has inspired me, and bring in all of my inspirations in one go, to make it a statement about who I am in that way. When I started, I had no meaning or intention, I was just making beats.

How would you describe this record?

I’d like to think it’s a bit of a journey, it’s all about the inspirations. I wanted to bring in lots of jazz, a lot of dub basslines, obviously lots of different styles of dance music. Footwork is the main inspiration for me along with jungle and I’ve been super inspired by amapiano and other styles from across Africa recently, so that has come into it too. It’s a big mix!

On the first released track from the LP, ‘Mass Gathering’, you said that you wrote it with “euphoria & coming togetherness in mind”. Can you expand on that a little bit?

As I said this was produced in the depths of lockdown when we were all crying out to be around other people, hence the name. It all came together quite naturally, I actually got the sample from the internet, it was just some free loop I reversed of a Swedish choir singing happy birthday. I chopped it up and it was so euphoric! That was the start of the track, and then I realised I needed to turn it all into some big elated mess.

Was the whole album made with that euphoric feeling in mind?

Definitely, it was a response to everyone feeling pretty low and isolated so I think that’s why I wanted to make it feel super melodic and happy and together. In that sense the name of the album too — it’s like we move, let’s get on with it, and get back to it. I’ve been playing a few of the tracks out since I’ve been gigging and it’s funny because when it comes to the release, you’re often sick of it because you’ve heard it so many times! So, I have to put a lot of pressure on myself to play things out because I know a lot of people want to hear it. It’s had a great response so far.

You first broke out on the scene just a year or two before the pandemic but you seem to have found your footing more recently - do you think the pandemic has made you think and look at making music differently?

Yeah, I wanted the album to be a bit self-reflective, too, hence the lyrics on ‘Look Inside’ which I wrote with my mum. Everyone was going through this deep time of self-reflection, so I think that came into it naturally. One good thing about that time was that I found that people do just want to listen to dance music at home. Everyone makes music differently, some people I know think like ‘this bit needs to be super bassy and then everyone will get rowdy’, and so on. I’ve been more in the school of thought that you should make things for the sake of the music itself rather than trying to second guess what people will think of it after. 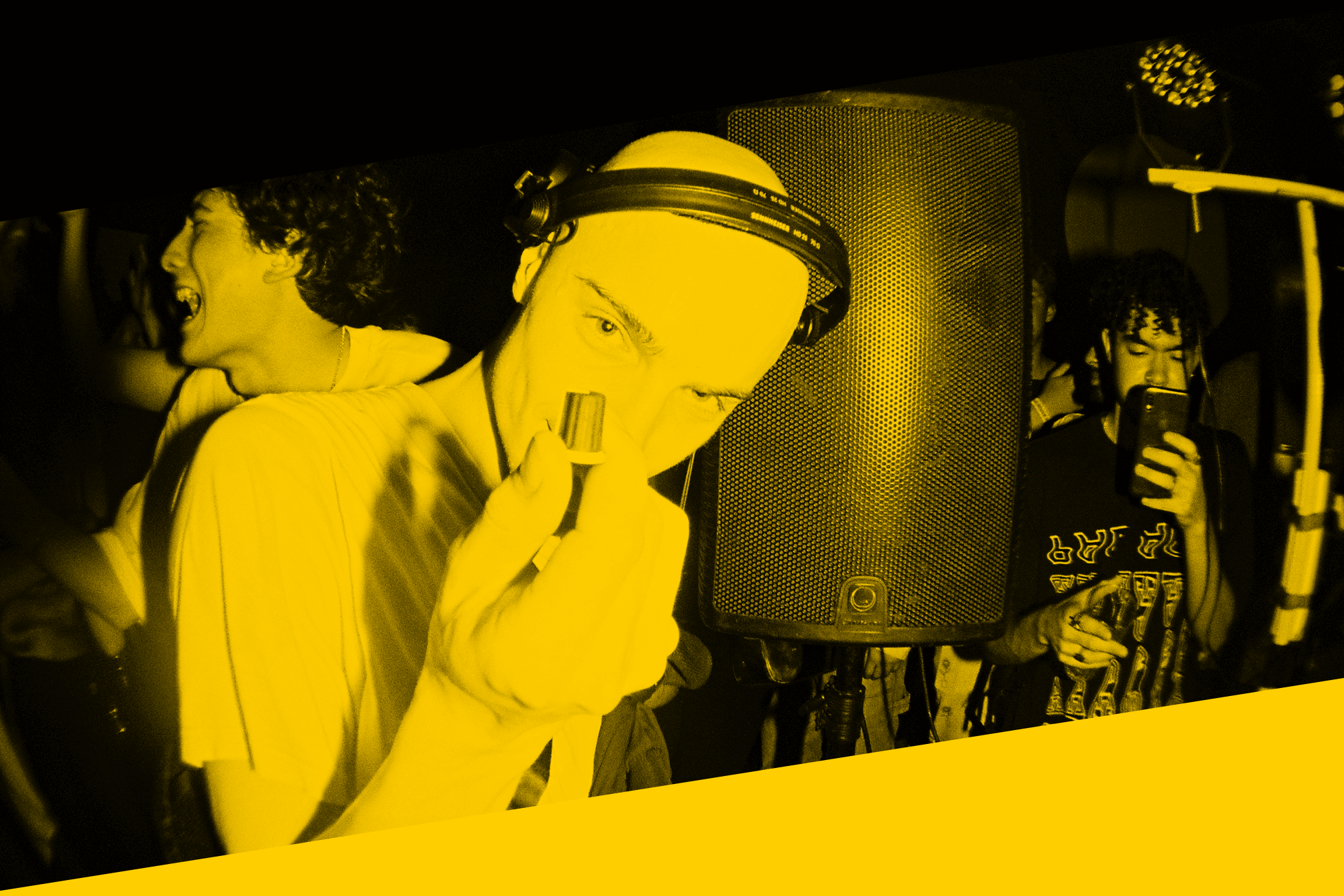 It looks like you’ve been playing a lot of rowdy shows since everything opened back up, what have been some particular highlights?

Everyone thought that when we went back to live we would all have this cool new, dark sound with loads of new experimentation, and what’s actually been most popular is just loud, rowdy stuff. Some highlights have been my Keep Hush shows, huge shout out to them for always saving a spot for me. Playing fabric a few weeks ago with my brother was brilliant too, and then some of the international stuff has been amazing. It’s a brand new thing for me.

What’s exciting you about the juke and footwork scene at the moment?

It’s just got so much longevity, you know. It’s always been going and going and the whole purpose of it is just ingrained in the sound, it’s got to be experimental. You can’t really make a footwork tune without going off the rails a little bit and making something brand new. Every time you hear some new footwork it’s got something new and interesting in it, and I think that’s going to be around forever.

Who are you listening to a lot right now that influence those high-octane sounds?

I’ve actually just been listening to SUCIA!’s Boiler Room, it’s the New York sound that I’m loving the most at the moment with producers like Kush Jones, Swisha, AceMo, just across all genres. I think footwork has started to feed its way into a lot of people’s sounds across other genres.

I’m dying to work with more vocalists, I want to collaborate with some new drill and grime artists because I haven’t done that enough. My favourite at the moment is Flohio, I love her. I haven’t reached out to her yet but I definitely want to soon!

Can you tell me about Stretchy Dance Supply and your contribution to it?

So we started Stretchy Dance Supply four years ago now. The idea originally was just to start a night, but we really loved this Japanese dance routine and thought its energy was so calming and perfect and that everyone should be doing this routine in the morning [so we incorporated it]. It pairs perfectly with footwork and juke and Baltimore club, and what was quite convenient about that was that we were able to market it as this very easy-going thing we’d say to come down, be silly and be yourself. It played into our hands because the crowd is always so good and open-minded and we’ve fostered a great community through that. We’ll bring out this aerobics routine at about two in the morning and everyone’s like ‘wheeeey!’.

I was making all this happy and lighthearted music through last winter and then I flipped and started making loads of dark stuff. I’ve been so inspired by amapiano recently, so expect some of that coming from me and some darker, faster techno-esque juke and footwork stuff. Spring is also looking brilliant for shows, it’s onwards and upwards for now!

Could you talk us through your Impact mix?

I wanted this mix to be a showcase of the sounds that are informing me at the moment, and also a bit of context for my LP ‘We Move’. In order to string together such a variety of influences in one hour, I thought it’d be best to include a lot of my own productions, that way there’s a common thread throughout. Inside is some new amapiano stuff I’ve been making, a few bits from the LP, and some fast ones inspired by trance, footwork and jungle.

'We Move' is out via Breaka Recordings on February 18, get it here