The greatest show on earth: How WOMEX unites the best musicians in the world - Features - Mixmag
Home Latest News Menu

It’s late October and the hazy Autumn sun is bathing everything on the banks of Porto’s Douro River in orange-tinged light. The city is slowly filling with colourfully-garbed revellers from across the globe — donned out in a mix of jeans, t-shirts and flamboyant bright festival attire. Everyone seems to be boiling over with excitement at the multifarious musical offering they are about to experience: from Thai funk DJs to ragga afro-punk, to Indonesian-fused jazz. “I’m just excited we get to experience being together after such a long time,” a long-time attendee who has come all the way from Chicago tells me. “Two years of no music leaves a bit of a hole inside you.”

WOMEX, or Worldwide Music Expo for the uninitiated, has regarded itself as more of an inventory for music than merely an exhibition or a festival since its launch in 1994 - highlighting the very best in underground and unorthodox sounds that are seldom heard in mainstream settings. The annual event travels to a new city every year - 2018 saw loyal fans head to Gran Canaria for a closing show from the UK’s Emily Dust while 2019’s Finland edition saw a knockout performance from South African gqom pioneer DJ Lag. The 2021 line-up, this time in Porto, features a packed roster with everything from Colombian afrobeats rising stars to Greek percussion instrumentalists to Syrian flute players.

Read this next: An ambitious ending: The highs and lows of the Drumsheds' final party

Taking over a slew of stunning venues throughout the “Cidade das Pontes,” the weekend is already looking like it's going to be a busy one. By day there are panels, film screenings and workshops at the Alfandega do Porto — a grand congress hall located right next to the river where the main festival expo is located. By night, the festival takes over some of the hottest spots in town - including the beautiful Coliseu, a century-old 4000-capacity venue that boasts a grandiose circular chandelier, a bodacious central stage and seating removed to make way for a huge dancefloor. The festival’s opening ceremony takes place at the iconic Casa de Musica - a unique polyhedron shaped concert hall designed by renowned architect Rem Koolhaas. Alongside this, there is also the purpose-built dome-shaped Praca Stage, which has been erected in the city centre just for this event - much to the delight of curious locals. 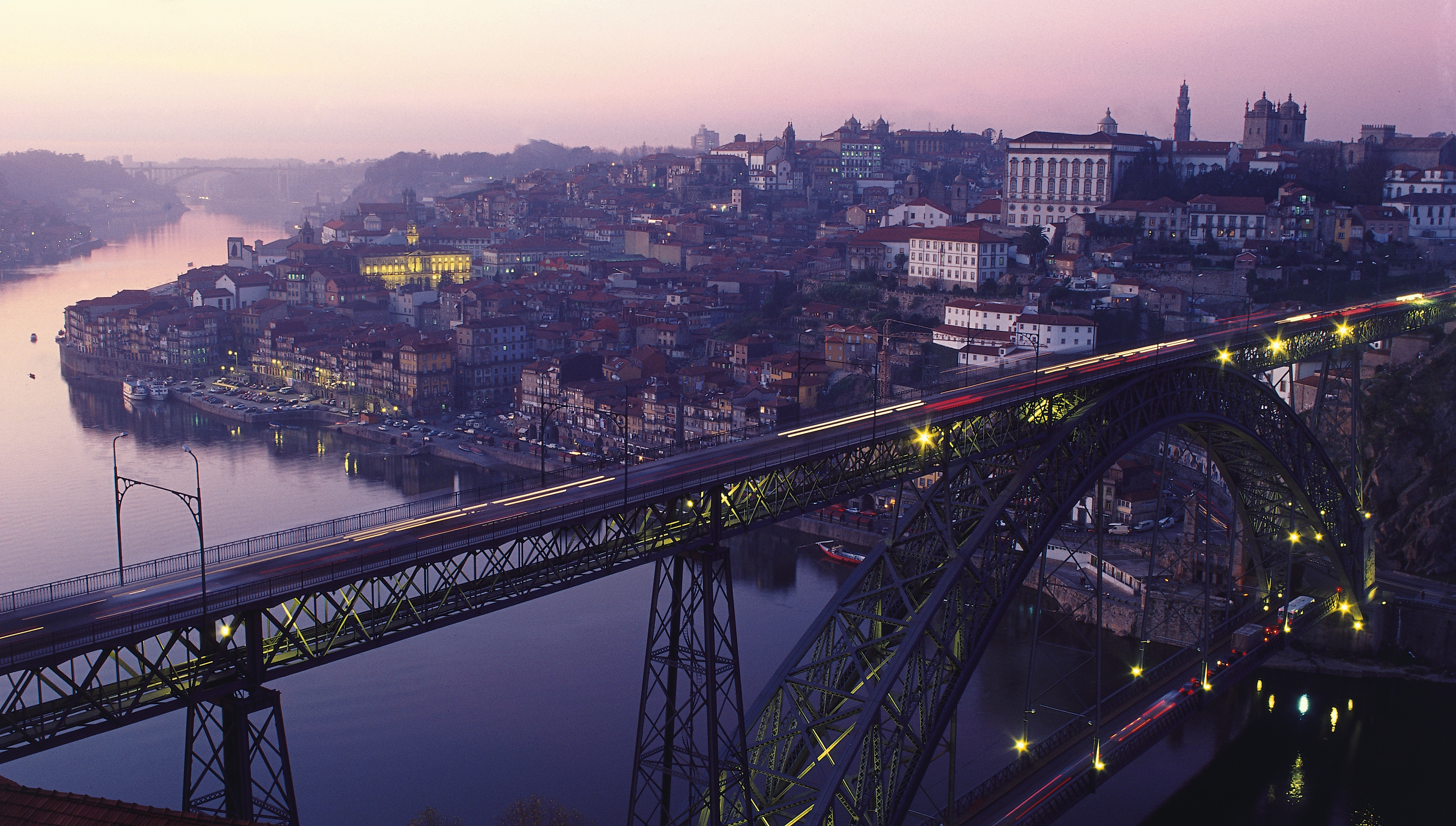 Devotees consider WOMEX a way of life, one that entails scouring the globe year-on-year for the brightest and best in international talent - culminating in this harmonious weekend where they can meet up, dance and discover. If the mutters among those arriving at the main expo hall on day one are anything to go by, the 2021 edition is living up to expectations so far: “Something about this year where we’re back after so long just feels special,” a 30-something attendee who has made the journey all the way from Pakistan to Porto tells me. WOMEX Veterans are eagerly welcoming newcomers to the festival under their wing, I explain to a group that has been coming along for “many years” that I’m here alone, they insist there’s no reason to worry: “This event is a genuine global community which will soon feel like family to you, we’re from all over but we share the same values and interests.”

Some of the performers and collectives have also travelled far and wide to attend, such as Jamaica’s Blvk H3ro (pronounced Black Hero). “It took a lot of rescheduling, sleepless nights and determination - it took us many hours to get here. The journey to Portugal was long and hard,” he explains in his dressing room after his performance. “We had some paperwork issues and I was scared I wouldn’t be able to perform, but I’m over the moon to be here and share my music, and Jamaica’s culture, with you all.” The singer, songwriter delivers a high-tempo, energetic set filled with tracks from his catalogue of reggae and dancehall - pausing between numbers to reflect on the influence his country’s greats have had on his music - such as Bob Marley, joined by fellow Jamaican MC and dancehall artist Panic. Likewise Pepa Tavarez and Rebel Layonn of the Azueï Movement, a collective of musician-activists from the Haiti-Dominican border, explain how the 26 hours it took for them to reach Porto has all been worth it: “The most exciting part is that this adventure centres around music”, they say happily. Their one-of-a-kind performance aims to “shine a bright light on the hidden histories of the Quisqueya peoples” through means of soulful vocals, emotionally charged lyrics, and a consistent rhythm - representative of their harmonised heartbeat.

Review: The UK's first club night back was an ecstatic reminder of pre-pandemic life

Also keen to use their platform to both celebrate and highlight their community was one of the weekend’s most talked-about groups - Colombia’s Ghetto Kumbe. The neon-outfitted trio mix house beats while centering large drums as the foreground of their musical landscape, as an ode to Afro-Caribbean traditions and roots in Colombia. One to watch for fans of house music and heavy drums — the group fills the room sporting their signature psychedelic tasselled face masks, to play some of their tracks including ‘Sola’ and ‘Tambo’ in a heady blend of folktronica and afrobeats. 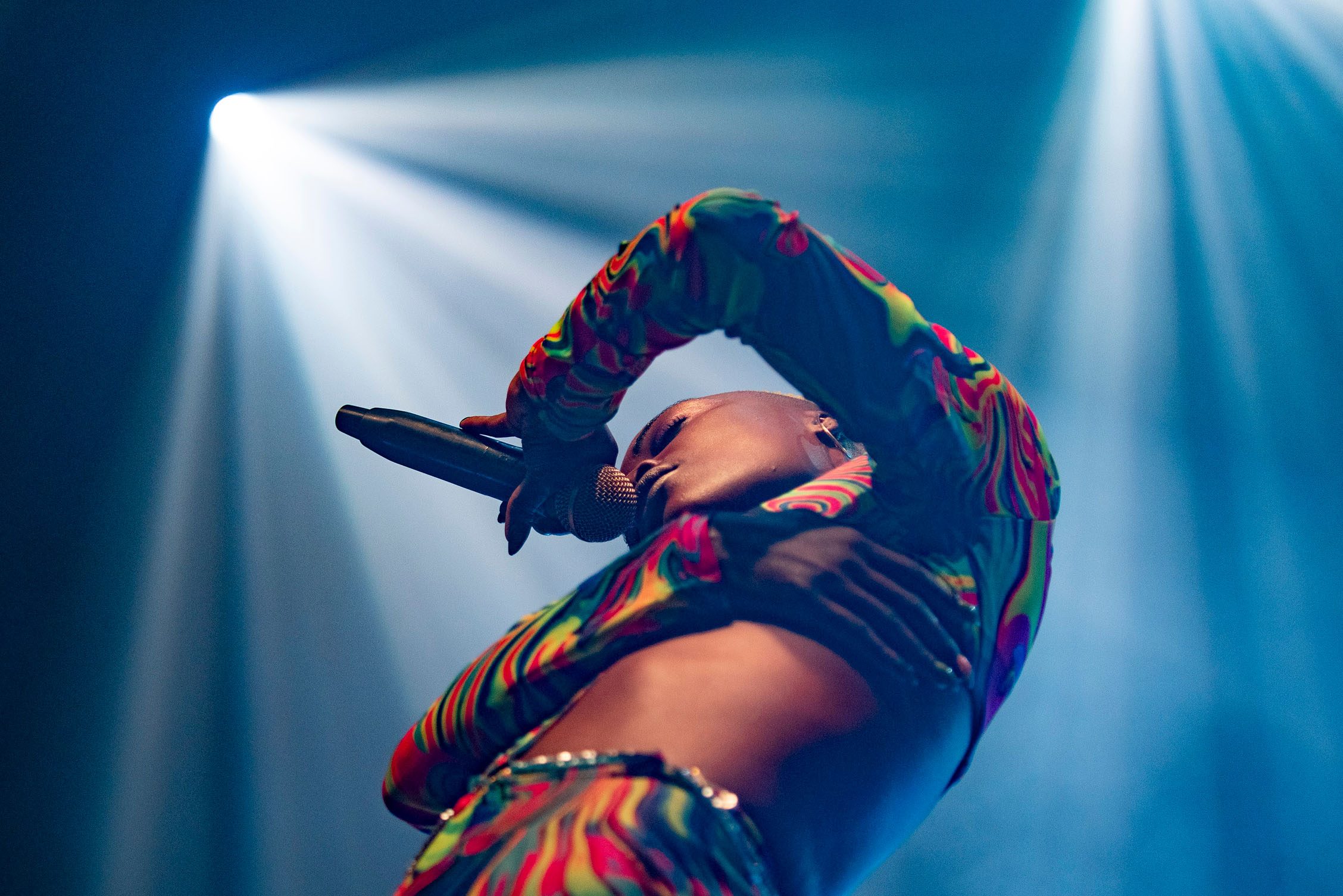 The group are oozing with excitement about being able to play internationally, having been making “music for the people” ever since coming together in 2015. “In the pandemic, it was hard seeing everyone trapped inside, so it is great to see people dance,” they say. “The simple act of spreading the music and being able to feel the togetherness created by music is the most rewarding experience.” Each collective, group and performer present at the event offers insight into their community, heritage and environment creating a melting pot of cultural fusion and cross-influences - from Azerbaijan’s Sahib Pashazade Duo championing their home country’s sounds to Ukraine’s Hudaki Village Band who champion music and culture from their village of Zakarpattia.

Angolese star Pongo also tells the story of her turbulent upbringing, which involved her family having to flee Luanda for Lisbon to escape the Angolan civil war through her music and performance. She blends the traditional sounds of soca, samba, and hip hop, transcending the barriers of electronic to deliver her unique, hypnotic yet progressive take on Angolan kuduro sound - reclaiming a cultural heritage that was lost to her due to conflict. Her confidence and style are absorbed by the audience to which she’s performing.“I can just feel her energy,” a girl tells me as we dance together, a backpacker who had been drawn into WOMEX for one night only after seeing posters throughout the city.

Read this next: Body Movements Festival was a landmark occasion for queer self-expression

Over at the renowned Club Summit, a special line-up of pioneering sounds from the global underground, club performers and DJs are gearing up for a night full of blends, bass and bangers. Much of the night action takes place at Porto’s Hard Club, a spacious venue with a banging sound system and one of those enveloping dancefloors that are easy to lose yourself within. Illuminated by lasers, the Club Summit is launched off by a raucous high energy Friday night slot from Lisbon’s Studio Bros who mixed a two hour set of afro-house with blended afrobeats, including their 2018 hit club-ready single ‘Puntada’. This is followed by an experimental performance from Rincon Sapiênciawas, packed to the brim with eager fans of the São Paulo rapper and poet’s Colors Show.

There are a plethora of new sounds to take in: Thai-Dutch electronic duo Apichat Pakwan give us a Thai funk, traditonal Mor Lam, and bass-heavy set - creatively fusing Thai sounds with European underground. While Chocolate Remix, the project of rapper and producer Romina Bernado, showcase their signature queer, feminist reinterpretation of reggaeton.

Read this next: "A vortex of freedom": HOROVOD Festival is merging queer euphoria and Slavic tradition

Portugal native Rastronaut delivers a naughty house set which features everything from classic movers to a cheeky ‘Toxic’ edit. This high energy set is filled with smooth blends, varied tempos and is laced with Afro-house influences, British classics and raunchy tech-house - a treat for revellers dancing into the early hours of Sunday morning. “I feel so excited to be performing to a global audience in my home country. I think this is a great chance to show everyone how varied the club scene is here and to show them what we’re about,” he says. 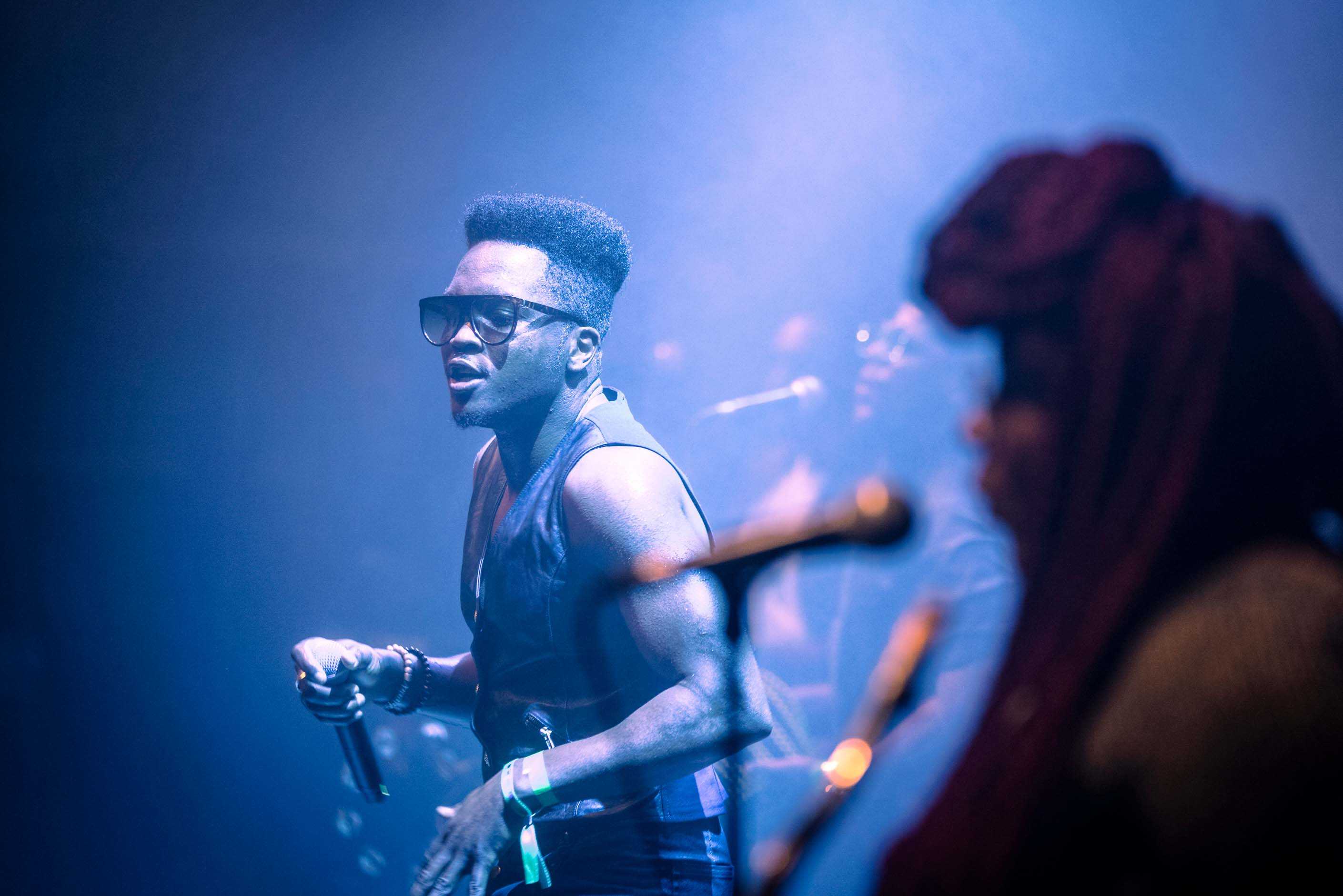 Holding WOMEX in Porto feels a bit like a match made in heaven - with the festival making use of the incredible music venues throughout the city, all the while adding its own flair. It’s reassuring to experience a festival that celebrates music in all its forms during such a devastating time for the industry. WOMEX's nomadic nature does come with its downsides - many of the venues don’t have great setups to match the talent on stage. At times the sound doesn’t live up to the atmosphere in the room: “The room is so big, which is great but there is some noticeable echoing - it’s not disappointing but it just doesn’t make the experience as enchanting as it could be,” one attendee says.

Despite the minor technical flow, the festival did exactly what it set out to do; delivering a broad range of eclectic musc that gives attendees the opportunity to discover something they’ve never experienced before — a breath of fresh air in comparison to other festivals that are becoming more market-driven with identical rosters year-on-year. Beyond just being a festival, it was apparent that WOMEX truly is a way of life.

WOMEX is looking for DJs and musicians to perform at its 2022 event in Lisbon. To find out more about how to put yourself or your client forward for this coming year’s event, visit its website here.