“I’ve just exploded with ideas and things to do,” enthuses BABii, whose second album ‘MiiRROR’ is accompanied by a book, alternate reality game and A/V show. Rather than facing a creative block as many have over the last year, it’s been quite the opposite for Margate-based Daisy Emily Warne. “Lockdown meant everything was blown out of proportion,” the producer, songwriter, vocalist and visual artist explains, putting it down to having too much time to think. “I never give myself time off unless I’m in the situation where I’m forced to do nothing, so I think the pandemic has saturated my workaholic-ness.” Such an ambitious project, then, is the result of Daisy “isolating herself more than the average person”.

It’s deeply personal, too, inspired by reconnecting with her mother who she hadn’t seen for 15 years. “I’ve had a very difficult on-off relationship with her as an adult, and maternal figures in general,” Daisy considers. Meeting her in person, and continuing to talk to her online, stirred contrasting feelings. “I think it’s affected me throughout my life in different ways. I’d always tried to avoid it and felt like ‘let’s just spend time with this stranger’ and be civilised about it. I thought it was something that I’m fine with and had dealt with, but actually it brought up a lot of demons for me.”

Read this next: Worthing is an unlikely hotbed of electronic music

Retrospectively, Daisy thinks that, as a child, she didn’t understand it. “A lot of the time I feel that, when parents break up, children can sometimes become an object of anger and they’re used as a prop to manipulate situations. And I think that’s what happened to me as a kid,” she considers. Coming from a broken home, she suggests, can “often mess with how you feel about things. My mum was like the devil in my mind at that age, but in reality I don’t think she is,” she ponders. “I guess that after not being around your child for 15 years, you’re not going to be in the mindset of remembering that they even exist sometimes.”

While Daisy wasn’t intentionally looking deeper into her life or “digging up any real demons at the base of my brain”, these emotions would go on to form the basis of ‘MiiRROR’. “I didn’t really know what it was when I started it,” she reflects, describing her writing process as cathartic and artistic style as intuitive; “I just like making stuff...” 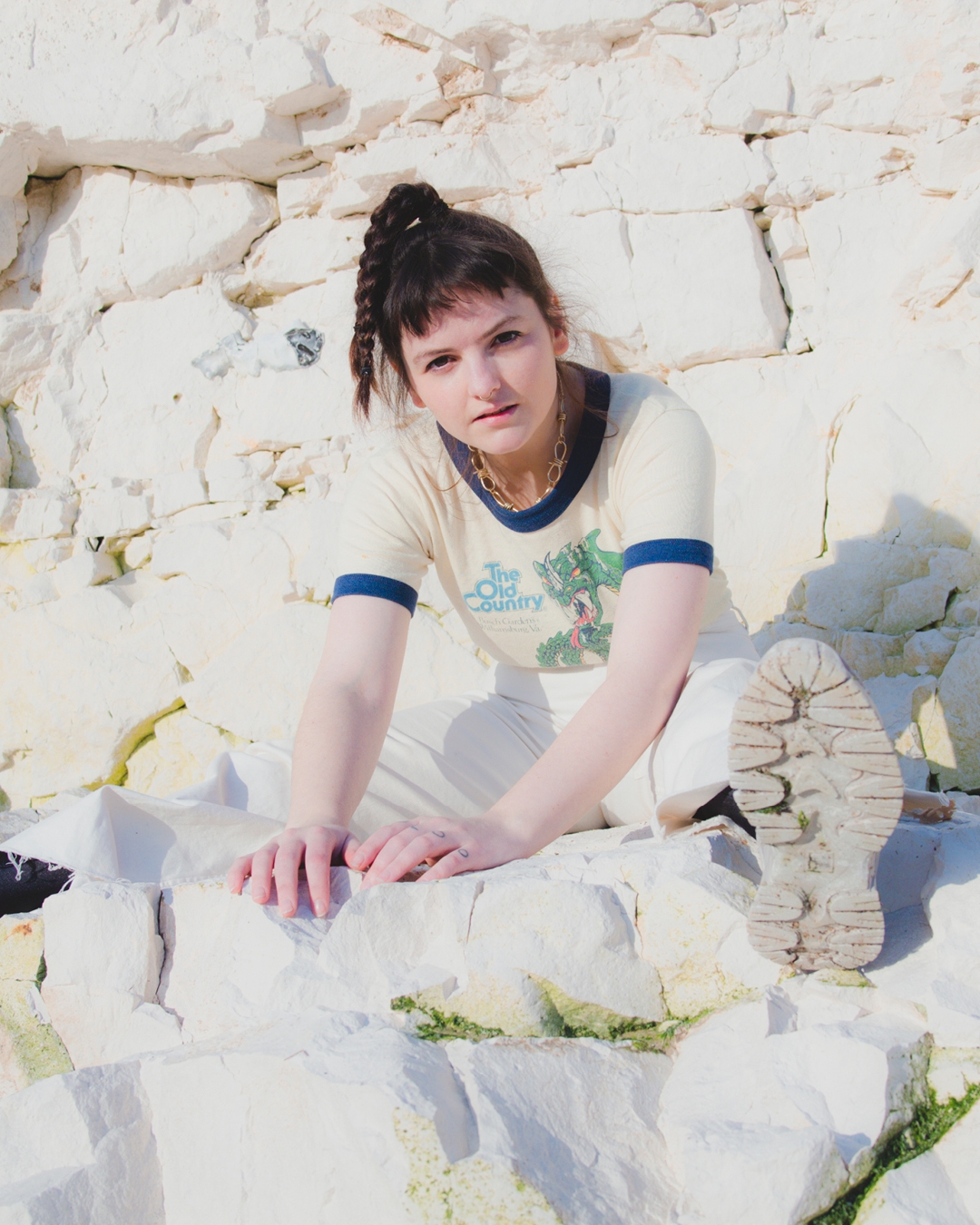 This instinctive DIY approach makes sense in the context of Daisy’s nomadic upbringing - one that saw her move between Kent and Canada while growing up with a dad who “could turn his hand to anything” and happened to acquire a huge industrial textiles mill in Yorkshire. “After a while it turned into a massive enterprise with a nightclub, an auction centre where he sold antiques, a salvage yard, and there was even a village inside it,” Daisy remembers. Robot workshops, resident artists and potters were among her everyday encounters, as well as browsing her dad’s eclectic record collection. “It was this crazy everything space.”

Such a unique childhood lit a creative spark in a young and inquisitive Daisy. “I was left to my own devices quite a lot,” she remembers, having lived where her dad worked (“in this big junkyard warehouse running about doing my own thing”). Naturally, it meant there were lots of people Daisy could “go and bug; I’d constantly ask them ‘can I make something’, like a wonky jug (which I still have).” Being surrounded by so many creative types left Daisy feeling like a “strange novelty child character; they’d just entertain me”.

Growing up, she wanted to be “one of the adults”; one day, when six-year-old Daisy and her dad visited an artist’s house - “he made voodoo dolls and junk robots and was big into music” - she suggested they listen to an R&B tape that her cousin had given her. “I remember really wanting to be part of this conversation about music because I very much felt like part of the adults as a kid,” she considers, having not had many friends her age back then. “My community was this warehouse.”

While Daisy’s grateful for an interesting childhood within a strong if unconventional community, there was “a lot of darkness surrounding it. It was in quite a rough area, there were drug problems and people would try to sell things they had stolen to my dad.” Interestingly, this parallel of light and dark has carried through to where she lives now, in an “illegal MOT garage full of junk”, while her dad’s acquired another art studio warehouse complex where he “hordes strange objects, puts them around and let’s them collect dust”. 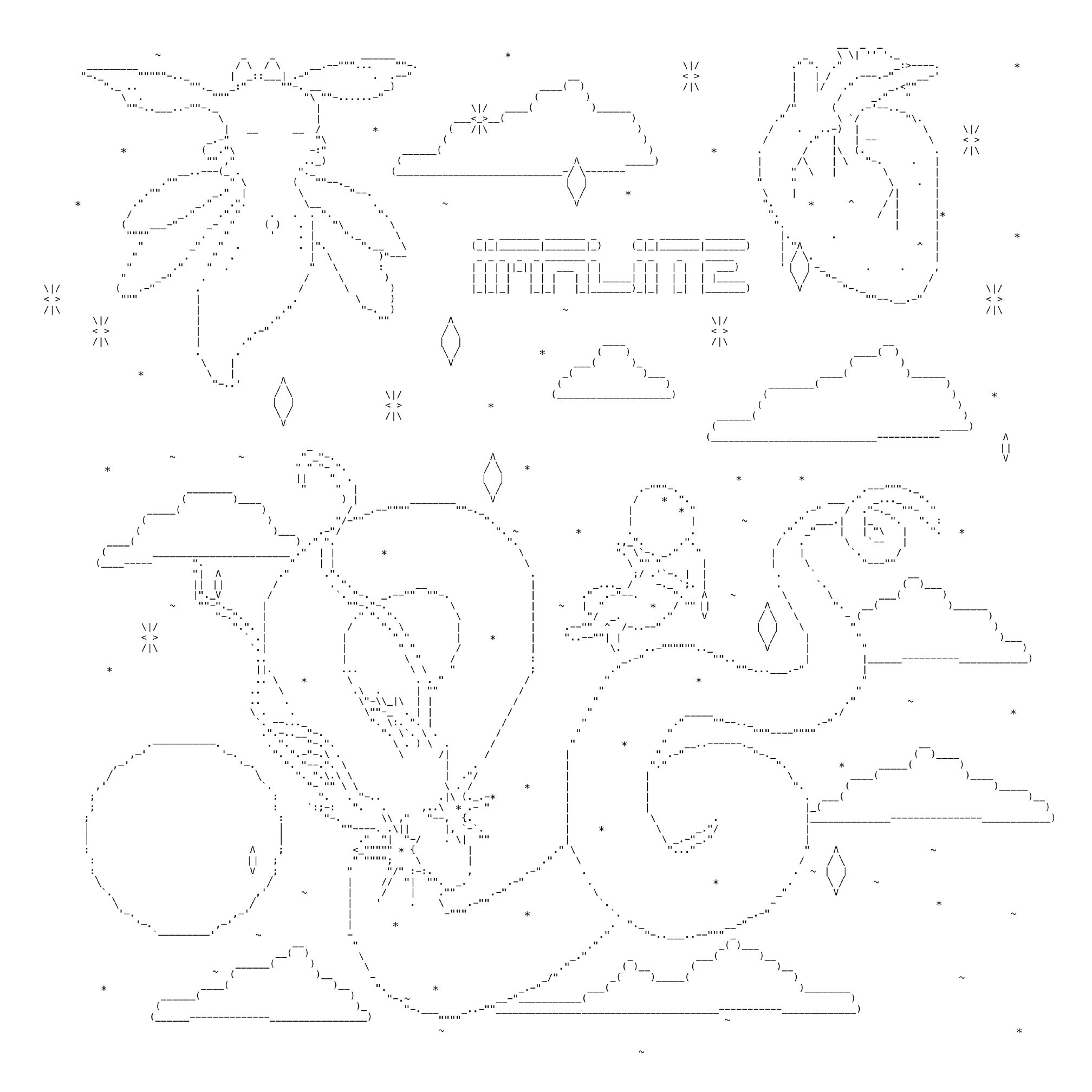 Having been around it most of her life, this junkyard experience is true to Daisy’s environment; fittingly, her first music video was filmed at a landfill, while some of the visuals for her second album (‘SHADOW’’s imagery features demons and junkyards) were shot at her dad’s art studio. “With all of my newest things, I wanted to stay true to my character as much as possible,” she considers, describing the visual world she’s built as a “nostalgic fantasy wasteland” and citing the film The NeverEnding Story as a go-to reference - “the Nothing, to me, is like the wasteland”.

Daisy’s fascination with world-building traces back to the “most magical moment” in her life. Similarly to Tracy Beaker, she’d make things up to impress classmates at school. “I was a bit of a pathological liar,” Daisy admits, “because I was ashamed of who I was.” One afternoon in the playground, after making the bold declaration that her absent mum was Mother Nature, Daisy clenched her fists and the heavens opened. “As a child, you just want to fit in, or be interesting in different ways,” she remembers, having briefly felt like a superhero.

It’s only now, as an adult, that Daisy appreciates all these “mad things that happened - light and dark”. Understandably, forming her own alternative realities is a theme that’s prevalent through the entire ‘MiiRROR’ project. “I wanted to really commit to these juxtaposing things, so in the book there’s two stories that run alongside and are a literal reflection of each other. I wanted to show how I feel in this reality, and then also an extreme and probably unrealistic alternate reality, or ideal - how I imagine the feeling of having a perfect mother; this womb-like safe space that feels loving.”

Read this next: DJ Bus Replacement Service smashes all preconceptions of what a DJ should be

The album, meanwhile, acts as a more in-depth dissection of these themes, which have always been subtly present in BABii’s music - from her 2019 debut ‘HiiDE’ to last year’s ‘iii’ EP. “Deeper down, in some of the narratives, the issues stemmed from these unaddressed things that were going on in my head.” With ‘MiiRROR’’s “reflection between reality and this supernatural ideal,” Daisy feels the songwriting and story-making translate her feelings more than the actual music. “Even within sound design, I’ll latch onto where a song exists, trying to build scenes in my head,” Daisy says. “Everything fits, aesthetically, into some form of storytelling - because there’s semiotics and stuff to everything.”

Sonically, Daisy originally intended to have one half of the album scary and the other dreamy, but quickly abandoned that idea. “It didn’t make sense because, in my music, I pull both together at the same time, so I’ve always got this more aggressive part mixed with lighter themes.” Though it’s not something she’s ever done on purpose, “it just happens,” she says. Instead, Daisy’s happy to have gone for “what felt right - a big confusing clash of all these things together, because it’s true to how I feel.” The other route, she thinks, “could have restricted myself too much and the music might have suffered because of it”. 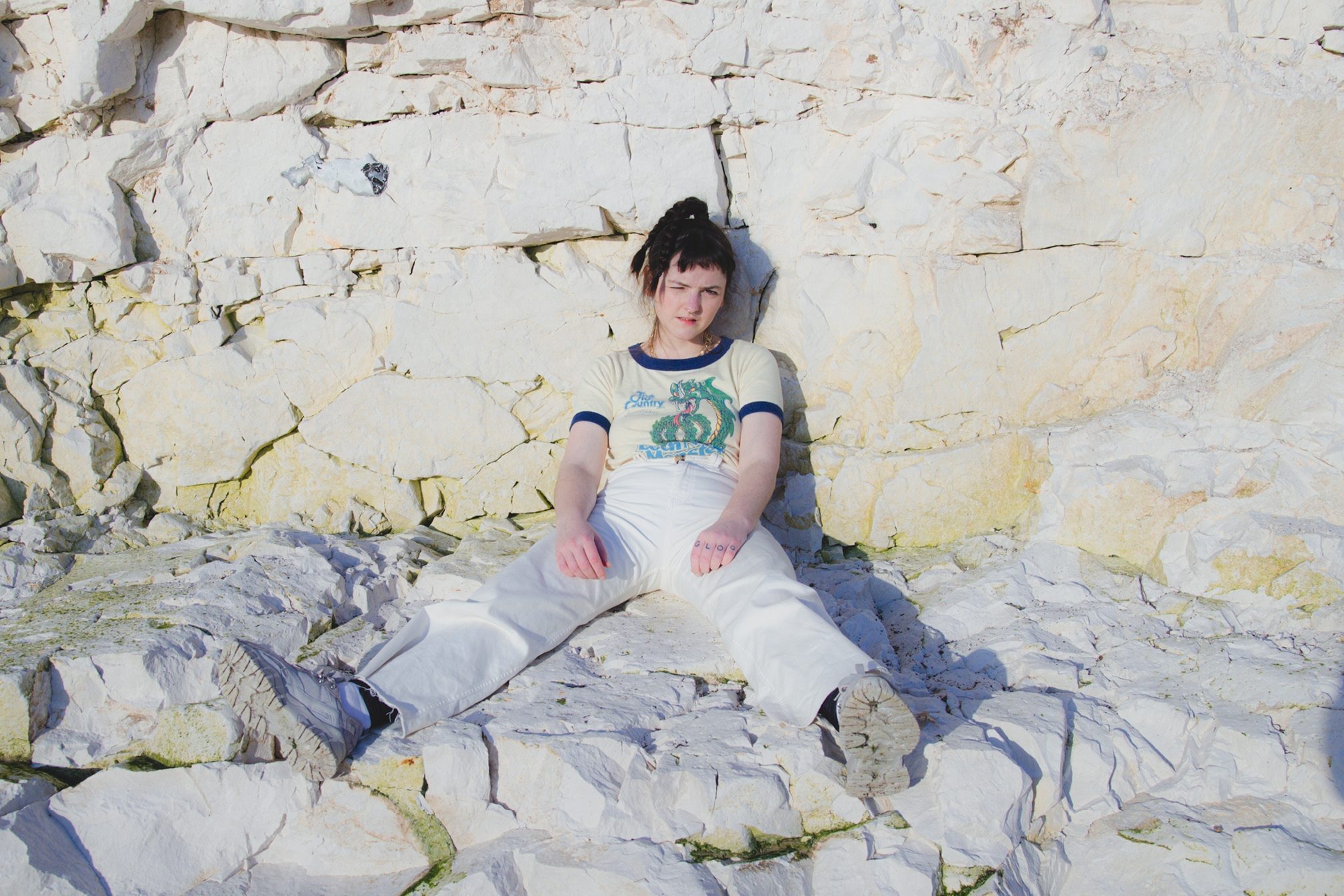 Fittingly, there’s no easing into ‘MiiRROR’: while the whiplash-inducing screeching crashes and metallic snares of “hit-in-the-face opener” ‘DRiiFT’ immediately set the scene, there’s a striking duality between “interesting pop experiment” ‘SHADOW’ (“I’ve never made a song like that before as I’m a bit further leftfield”) and its reflection, the gentle, slow-paced ‘BRUiiSE’ (“it’s quite a vulnerable song, whereas lyrically ‘SHADOW’ is stronger and quite assertive”). Using metaphors, she says, makes it “easier to express yourself because you can hide behind them”; on ‘TRACKS’ she channels a sense of abandonment, singing “I’m nothing but a ghost to you”: “It’s a way of masking things, which is a mechanism for myself, but also an opportunity for people to interpret it the way they want or need to.”

Daisy also sees metaphors as a form of escapism - a concept she’s learnt more about from teaching on a university video games course. “My students showed me things about world-building that I never would’ve seen before,” she says, having become interested in niche hobbyist board games like Dungeons & Dragons. “I don’t think they even understand the impact they’ve had on my life; they probably see me as this strange elusive teacher figure that doesn’t exist in the outside universe.” It’s influences like these that inspired Daisy to make her own alternate reality game, which she describes as similar to a treasure hunt. “You can set up a fake society with its own secret website and loads of puzzles”, she says, suggesting the RPG-influenced universe “helps to tell an extra part of the story.” Like the entire project, it’s unsurprising to learn “it’s got quite out of control - there’s a lot of lore involved”.

Again, it all links back to this idea of fantasy, which runs through everything Daisy does as BABii. But, with ‘MiiRROR’, what’s perhaps most striking is the sense of honesty and vulnerability at its heart. “It’s not about people trying to understand my experience, it was just the core of what the album is. If people can resonate with the feeling of loss - whether that’s losing your keys or a loved one, everyone’s experienced it,” she says, not wanting to force any emotions. “I just hope people can relate to that feeling and that it maybe helps them in some way... or maybe they can just think it looks and sounds cool and that it’s a fun thing to get involved in.”

'MiiRROR' comes out via Gloo on May 21, pre-order it here; see BABii's winter tour dates below and get tickets here 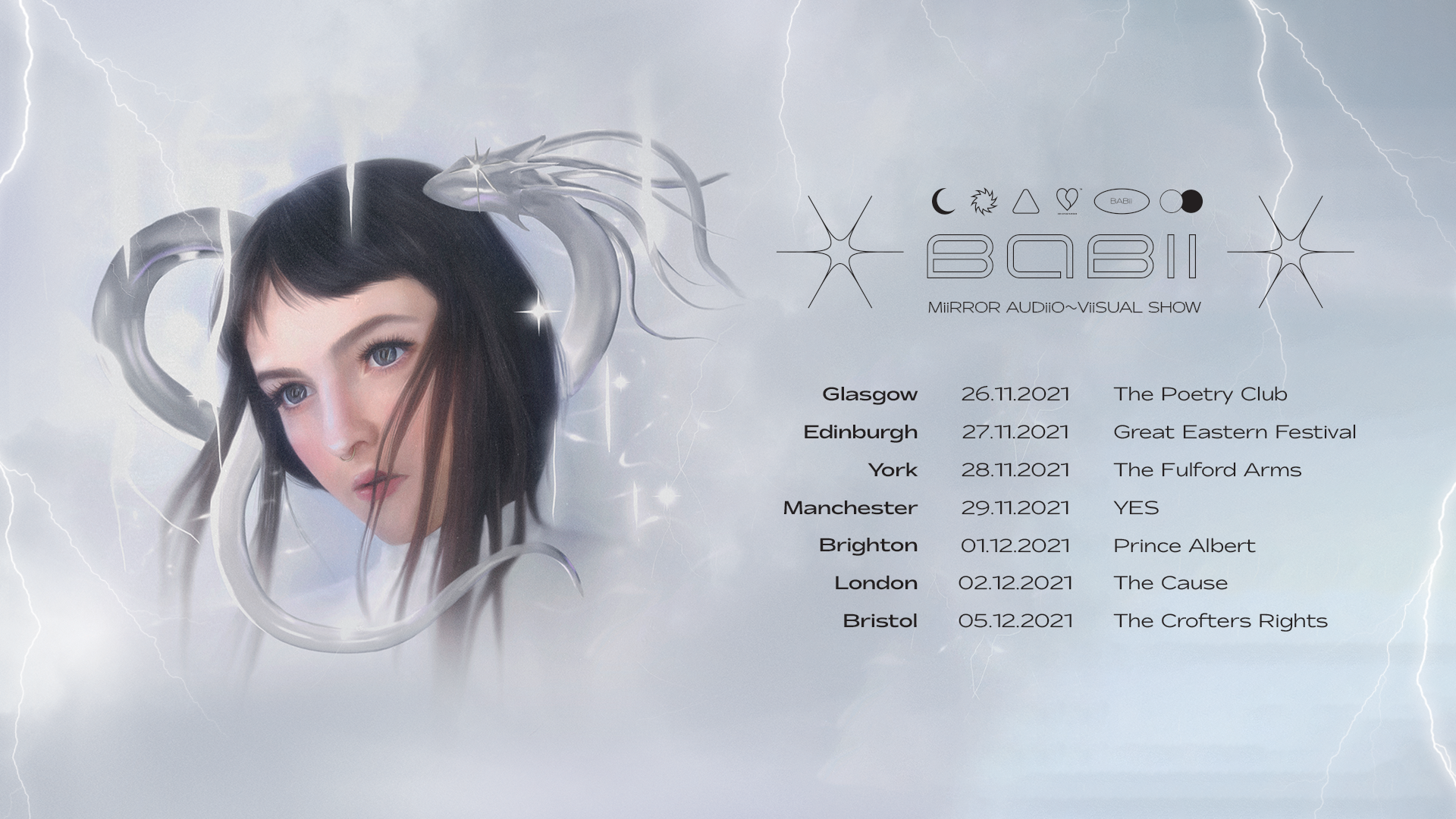