Buziga Hill is one of the most peaceful places in Kampala – Lake Victoria glimmers with diamond pinpricks of light along the horizon. It's the middle of dry season in January, and the air is fresh above the heat of the city. Sitting with ANTI-MASS on their balcony that overlooks the bustle of the Ugandan capital, you can’t help but feel as if you’ve entered a sanctuary.

ANTI-MASS is a Ugandan queer DJ and producer collective that throws parties around Kampala, bringing the LGBTQI+ community together, in the face of an increasingly repressive government which has consistently targeted the queer community with police raids and brutality.

The collective consists of Authentically Plastic, who moves languidly with an assured self-possession and a head of hot pink hair; Nsasi, who thinks hard but laughs easily; and Turkana, who radiates a no-nonsense confidence and reassuring honesty. “The queer parties came out of a desire to occupy more unconventional spaces, not just people’s homes at house parties where we felt like we were hiding from the world,” says Authentically Plastic. “We wanted a safe visible space in bars and out in the city.” 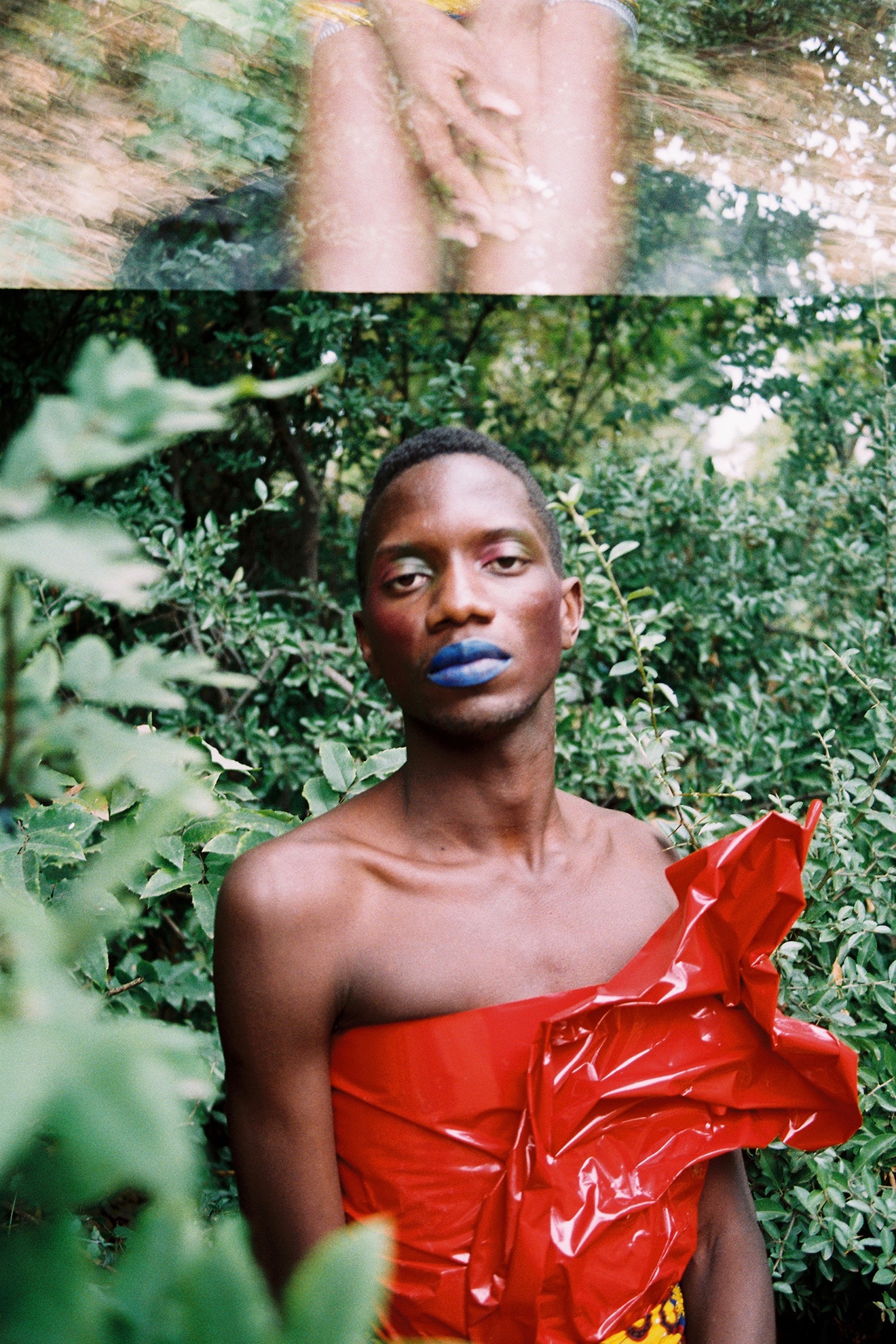 After COVID-19 saw the ANTI-MASS parties come to a pause during lockdown, a return is on the horizon. “It’s a beautiful day, lockdown is lifting and we are planning our first party of the year,” smiles Nsasi. During the enforced hiatus, the collective turned their energy to producing the ferocious 'DOXA' EP – a collaborative effort between its three artists.

'DOXA' emerged out of the group’s listening sessions over lockdown last year. Genre-bending with a heavy slickness, each song on the EP takes up its own space, revealing the unique sound of each producer coming together. “The unpredictability comes from the collaborative nature of our sounds, where each of us has a varying level of intensity and style,” says Nsasi. “In our listening sessions, we would each start our own project, then come together to listen to each other’s works, give each other feedback constantly.” Turkana elaborates on the process: “Sometimes, I would start with one layer of my sound, then someone else goes on to add another layer of theirs, then another.” 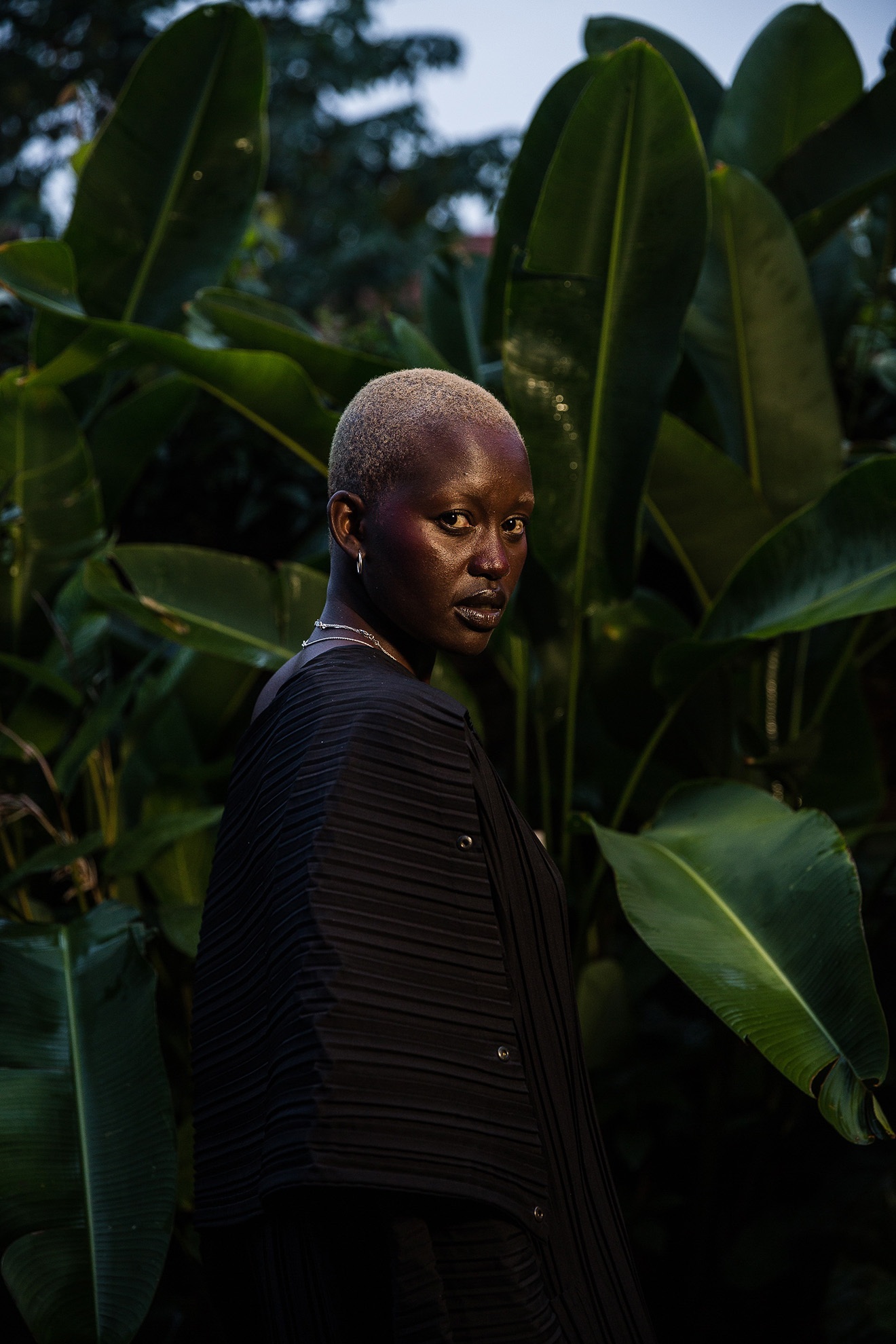 The tracks come together like a lush garden of intersecting paths, where every listen yields another discovery. Each cut is influenced by various genres – from singeli to acid, qqom to techno, yet only the ghosts of the genres remain. The classic 4/4 rhythm of techno is syncopated against the beat of Acholi electronic music, layers of industrial music cut across Chicago house and singeli.

What we have here is the democratisation of music, where no rhythm is given precedence over another, where genre is only taken as a skeletal foundation. Instead, each rhythm is detached from a rooted existence that connects it to a singular place of origin. The polyrhythms disperse, dividing into meandering routes that overlap with each other in a dance of chance. You lose yourself to the surprise, letting each rhythm energise you. There is no longer a singular language, a mother tongue, their music is ultimately multilingual. “The rhythms have their own agency and meet in a serendipitous encounter,” says Authentically Plastic. There is a nomadic quality to their tracks that lifts you up despite the weighty bass that holds you down; a cross-pollination of ideas melding unforeseen combinations that astound and thrill.

None of the group grew up listening to electronic music. Instead, Turkana and Nsasi had a mutual love for Congolese and Acholi music growing up. “My mum used to listen to it all the time,” Turkana says. “That kind of influence of the rhythm feeds into the electronic music I make now, naturally.” Nsasi agrees, “I listened to a lot of Tshala Muana, Kadongo Kamu. When I first heard electronic music, I felt an affinity with the music from my childhood.” For Authentically Plastic, electronic music and the music they grew up with are not mutually exclusive: “Traditional music from home has always been electronic, with its strong beats and percussive rhythms. It’s just that a certain form of techno and electro has come to dominate all the possible electronic music that could’ve emerged here. Until now. We are seeing something new, truly challenging our conceptions of genres.”

The frenetic percussive rhythm of opening track ‘Galiba’ by Authentically Plastic and Nsasi traces its influence back to kadodi, the male circumcision ritual music from Eastern Uganda, and Baksimba, a royal dance from the Buganda region. The track takes what’s traditional and normative in Ugandan culture shifts it, re-adapting it for the queer modern self. “Tradition is a toolbox, we work with it, but it doesn’t limit us. In our tracks, you will often hear the ghost of one genre in the other,” says Authentically Plastic. “We are interested in this idea of the ghost – subverting old forms and framing them in a new horizon of possibility.” ANTI-MASS are layering old musical phonetics to create a new language for the future. 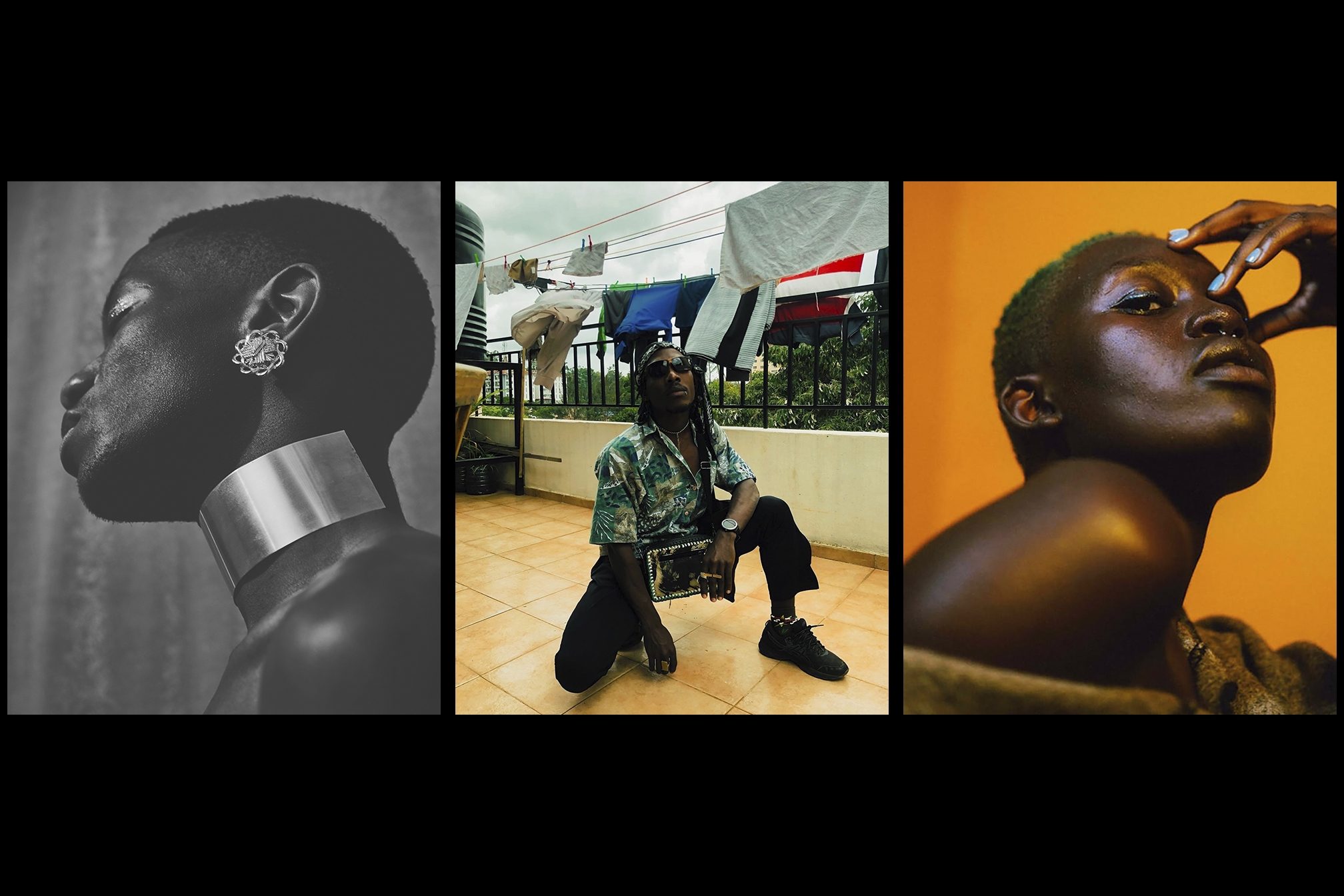 This interest in high-octane sounds arises out of “a kind of restlessness,” adds Authentically Plastic. “It comes from an unrest of how things are. Taking these sounds that are traditional and accelerating them and manipulating them is political in itself. There is a dissatisfaction with how things are and what is on offer.” While ANTI-MASS’ tracks push the boundaries of their chosen forms, their music is also a vehicle for contemplation, resistance and even fury.

Read this next: "A tool for protest": DJs from the Global South are fighting oppression with music

Their agitation with the current state of the country and its modes of control is challenged through their polyrhythmic tracks. Upon first listening to ‘Diesel Femme’, the collaborative track between Authentically Plastic and Turkana, one could almost mistake the frantic high-pitched rhythm as birds chirping before the heavier rhythms emerge. Equipped with a driving bass and a resounding drumbeat, it resembles a fierce call to arms. Yet, for all the turbulence and contrasting emotions, it's a remarkably united track, teasing the tempos of techno, industrial and gqom. As Turkana says: “Personally, our whole existence is political. Maybe we’re not actively participating per se, but the things we do, our artistic expressions are a sign of resistance to political silencing. The Ugandan government has made sure of that.” 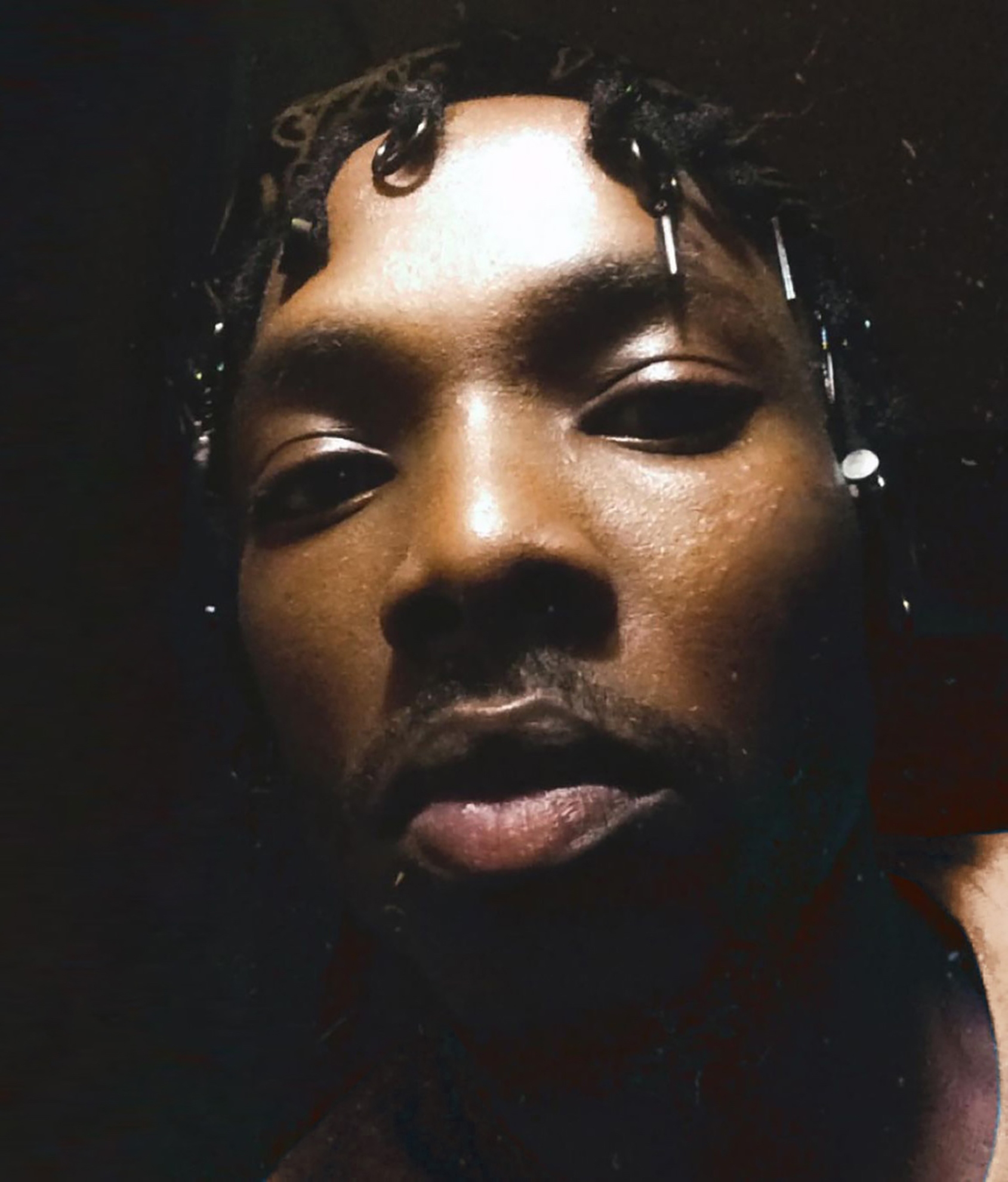 There is a conviction in ANTI-MASS’ music that goes beyond individual expression. They propagate a form of community care – on top of throwing the parties, they have just started running workshops for up-and-coming DJs to nurture the music scene that Nyege Nyege helped develop. “In Uganda, you’re seeing the emergence of some of the most singular and radical kinds of electronic music,” Turkana says. “We are building a studio co-working space that everyone can use in the queer community. At home, there’s so much knowledge passed to each other through the community, we naturally support each other.” Music for ANTI-MASS becomes a space of encounter – the meetings of each rhythm, of individuals, of communities. Nsasi adds: “Bringing people together in music is such an incredible experience, I remember playing 'Galiba' to a crowd and I loved seeing them react to the music. People went wild. I loved seeing people really figuring out how to move to it with their bodies.”

Read this next: Nyege Nyege is a genuine, experimental African utopia

For now, ANTI-MASS continue working together at a residency at Santuri East Africa in Nairobi. They hope to keep the community coming together around the region, and have tour dates in Europe across May to August. Turkana continues: “We are trying to see how our project can become more international, we want to connect other queer communities around Africa and transcend a specific location.” This is the natural progression of ANTI-MASS, who have always changed the location of each of their parties as an act of resistance. The feeling they create on the dancefloor is ingrained in who they are. Ultimately, their fluid energy and identity has always transcended a singular root.

'DOXA' is out now, get it here. Authentically Plastic is releasing an LP ca;;ed 'Raw Space' on Hakuna Julala in early April