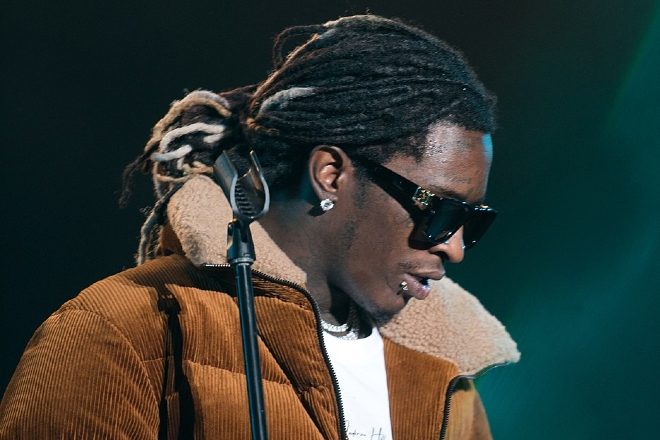 Young Thug has been charged with a further seven felonies, including possession of controlled substances with intent to distribute and possession of unidentified illegal guns.

He was charged on Wednesday (May 11), days after being named in a sweeping indictment of accused gang members in Atlanta.

According to WSB-TV in Atlanta, the latest accusations stem from the discovery of items in Young Thug's (real name Jeffery Lamar Williams) residence after his arrest on Monday.

Read this next: Hip hop stars are fighting to ban the use of rap lyrics as court evidence

The latest accusations are in addition to the rapper's previous allegations of unlawful gang activities and conspiracy to break the state's Racketeer Influenced and Corrupt Organizations Act.

According to Billboard, there has been no public publication of a new charging document, and nothing is known about the charges themselves.

Young Thug and Gunna are both facing charges of conspiring to violate the Racketeer Influenced and Corrupt Organizations (RICO) Act as part of the grand jury indictment of Young Thug's YSL collective.

The seven felonies that Young Thug has now been charged with are separate from the RICO indictment.

Williams' lawyer, Steel, maintained his innocence in court on Wednesday (May 11), stating he does not believe the rapper is "responsible for any form of crime," NME writes, citing an 11Alive article. At the hearing, Williams was refused bond.