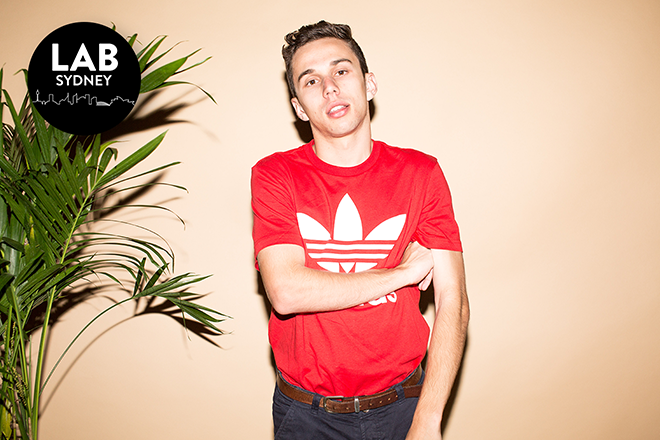 This week in The Lab SYD we welcome rising Australian producer Young Franco to serve up his signature mix of house, disco and pop.

In early 2016 he released the single 'Drop Your Love' ft. Dirty Radio which proved a massive hit, clocking up over 4 million streams across the board and gaining support from the likes of Bondax, Hayden James, RÜFÜS and many more. After being added to high rotation on Australia’s leading indie radio station Triple J, the track has since received airings on BBC Radio 1, 1xtra, Kiss FM and Beats1.

The success down under has seen Young Franco embark on a huge 17 date national tour including sold out headline shows in Sydney and Brisbane.And the wider world has taken notice too, with the Brisbane-hailing producer also travelling to Europe for a tour including headlining a Brixton Jamm x Kitsunè event in Central Paris, and working with a range of electronic producers throughout France and the UK.

His latest track 'Miss You’ is a culmination of his instinctual songwriting and slick production, delivering his most polished work yet. Next January he's setting off on his biggest National Tour to date in support of the release, co-headlining shows alongside UV Boi throughout Australia.

This week's The Lab SYD will be broadcast live from 6pm (AEST) this Friday, December 16. You can watch the set in full over on our Facebook page and head to Mixmag TV for the full Lab SYD Playlist.