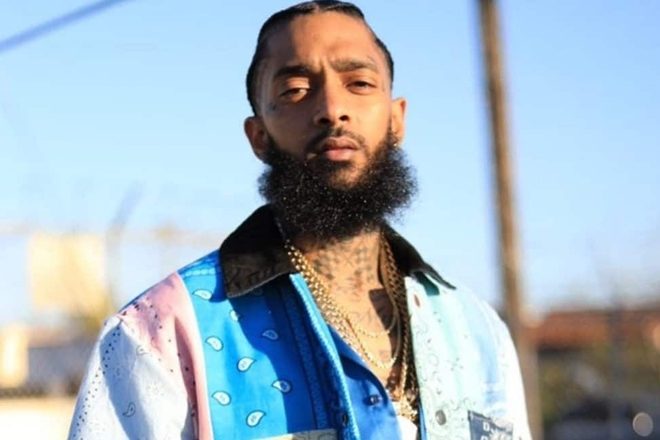 A posthumous honour was bestowed upon Nipsey Hussle at the 2019 Bet Awards ceremony in in Los Angeles last night, June 23.

The rapper, who was shot dead outside of his LA store Marathon Clothing in March this year, was granted the Humanitarian Award for his community activism in his local LA neighbourhood of Hyde Park. He consistently denounced gun violence and gang crime in his music, and aimed to provide jobs and offer opportunities for young black men.

Nipsey’s girlfriend Lauren London accepted the award on his behalf alongside his family. A tribute performance then followed from YG, John Legend, DJ Khaled, Mustard and Marsha Ambrosius, featuring Nipsey’s hits ‘Real Big’, ‘Last Time That I Checked’ and ‘Higher’.

The ceremony of the BET Awards, which was established in 2001 by Black Entertainment Television to celebrate champion the work of BAME people working in the American entertainment industries, had a strong political focus. The Central Park Five, who were wrongfully convicted as teenagers of raping a woman in 1989 and featured as the subject of recent Netflix documentary series When They See Us, made an appearance, receiving a standing ovation as they were introduced as The Exonerated Five.

Meek Mill also debuted the trailer for his new docu-series Free Meek, which will focus on his incarceration and the US justice system.

Watch the Nipsey Hussle tribute below.