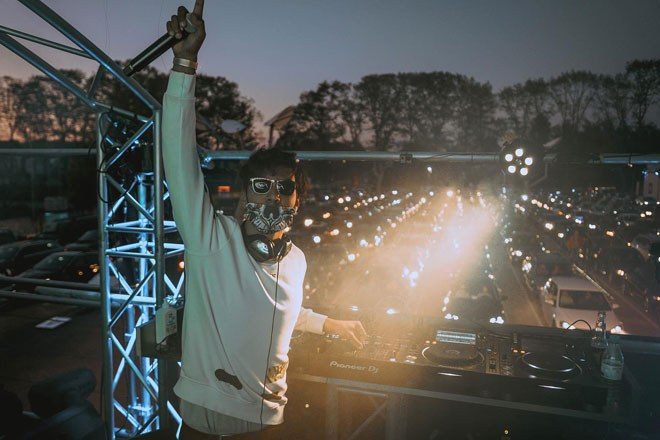 The world's first drive-in raves are being held in Germany.

The most recent took place on Friday night in Schüttorf, a town in Lower Saxony near the Dutch border, and was organised by Holger Boesch, owner of local venue Club Index.

A festival stage equipped with a full soundsystem and lighting rig was erected in Club Index's car park and 250 cars with a maximum of 2 people per vehicle were allowed to enjoy the party.

DJs including Nitefield, MarvU and Devin Wild played and video clips of their sets have since gone viral.

Nitefield spoke to Mixmag about the experience of playing to an audience in their cars, saying: "[We didn't have any] personal interaction with the audience at all, [so] it was really challenging to call them in to action.

"Some people from the 'crowd' started to push their horns which gave us great feedback and from that point we knew how to communicate with them and we could turn this event into something really personal."

Read this next: I spent the weekend raving online... And it was actually really fun

Video clips show drivers beeping and flashing their lights in time to the music. Fire machines can also be seen lighting up the night.

The audience could listen to the stage soundsystem as well as tune into an internet broadcast of the music. Social distancing rules were applied.

"The DJs and the club team are really proud to give something back during the quarantine," Nitefield said.

Fellow German promoters World Club Dome have also been staging drive-in raves in Düsseldorf, with the next one taking place later this month.

Forbes also reports that drive-in concerts have been happening in Denmark recently.