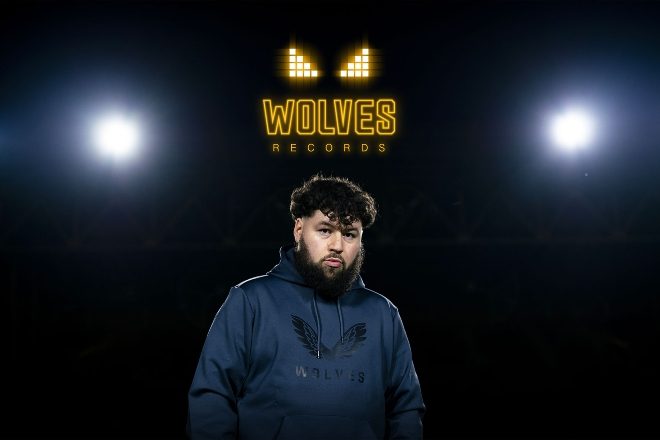 Wolverhampton Wanderers FC, otherwise known as Wolves, are the first Premier League team to launch their own record label.

Working alongside Warner Music’s Alternative Distribution Alliance (ADA) to inaugurate the new label, Wolves are now on the hunt for some local signings.

The announcement was made on Twitter on Monday alongside a short clip, captioned: “Introducing Wolves Records – the ground-breaking new record label from Premier League football team Wolves FC, distributed by Warner Music ADA.

“Artists, bands, producers and songwriters… send us your music now! We want to hear you!”

Artists, bands, producers and songwriters… send us your music now! We want to hear you! https://t.co/40OzgvNLPT pic.twitter.com/bbAtp2j8K1

Peter Rudge, previous manager of The Who and The Rolling Stones, will be taking up space on the new label as Strategic Consultant. He’s since revealed his love for both Wolverhampton as a city and football club:

“I was born one mile away from the famous old [Wolves stadium] Molineux and came to my first game with my Uncle Had in March 1951. I sat on my uncle’s shoulders on the old South Bank, and thus began a love affair with Wolves that have been such a major part of my life ever since,” he said.

Rudge also said that the aim of the new record label is to “merge” both the city’s music and football cultures while supporting the local community of musicians and artists, “thus merging two of mine, and the world’s, great passions – football and music,” he continued.

Read this next: 12 of the best football anthem remixes

Also working on Wolves Records is S-X, a singer, songwriter, and producer hailing from Wolverhampton who said that he’s excited to work on “identifying” more local talent.

“Wolves and the city of Wolverhampton are both very close to my heart, and I am deeply passionate about giving talented young people from this area the best opportunities, and the rich musical talent that the West Midlands has to offer,” he said.

Wolves Records are on the lookout for their first signings. They’re now accepting submissions from musicians - submit your music here.