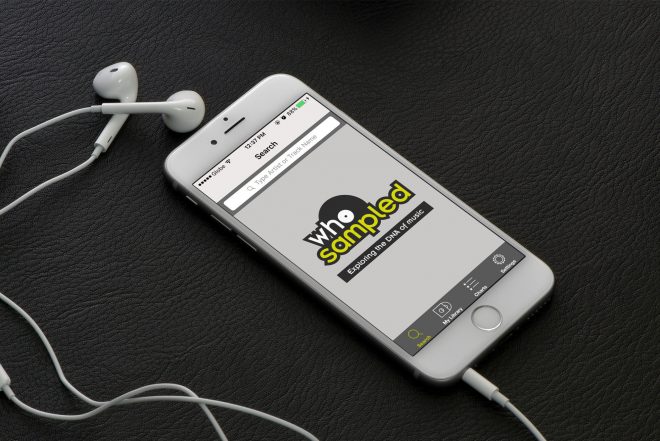 A new feature has been added to the WhoSampled app that allows users to discover a song's entire DNA.

By listening to any given song, the WhoSampled app is now able to recognize the original track while also revealing its samples, its cover history, its remixes and more.

The new app feature operates similar to the music discovery app Shazam, but uses WhoSampled's crowdsourced database. Over the course of a decade, this database has gathered the largest set of accurate and passionately vetted data on samples, remixes, and cover versions. It now lists over half a million songs and has become a wildly popular hub for fans of club music, hip hop and other music genres to go deep into the history of music.

WhoSampled’s CEO Nadav Poraz spoke about how this new feature was always a goal for the app and how it will operate differently from other similar apps:

“We had always dreamed of adding these features from the moment we launched the app six years ago. You can identify the song playing around you, then dig deeper and find out what other song was sampled in the song you’re hearing. For example, the chorus or riff might sound familiar but not from the song that is playing, it’s from somewhere else. Other music recognition apps will tell you the name of the song you’re hearing, but WhoSampled is the only app that will give you the answer you’re looking for, allow you to understand the origins of the composition and reveal the other recordings that sampled it.”

The app is available on iPhones, ad-free for $3.99, while the Android app is free and ad supported.

For more, find out 10 ways to discreetly discover and identify music in the club here