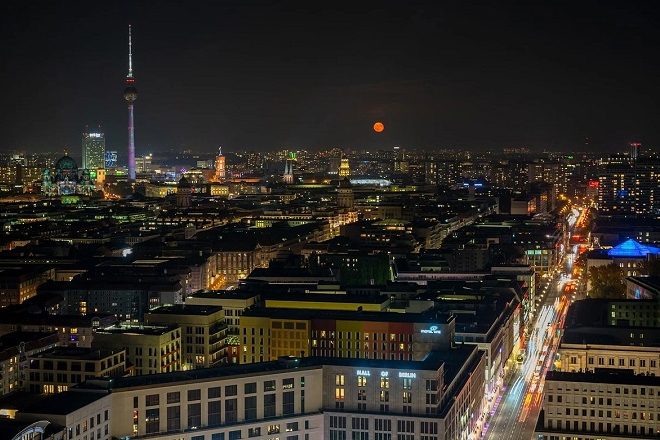 UPDATE 20/08/21: Berlin clubs are now allowed to reopen for the vaccinated, and those who have recently recovered from COVID.

August 20 saw an official change in restrictions, meaning that access to clubs will now be made available to those who have been double-jabbed and those who have recently recovered from COVID, though a negative test will not guarantee entry to a club in the city.

When will Berlin nightclubs open again? It’s a question many dance music fans who religiously flock to Europe’s techno capital each year are wondering as we enter the 11th month of the pandemic shutdown in this part of the world.

Read this next: Unum, first festival with rapid COVID-testing, will "100%" happen this summer

Unfortunately it could still be a while yet. Currently international visitors are being discouraged from non-essential travel to Germany. In January, a senior minister said the government is planning imposing strict border controls and closing the country’s airports to almost all passenger flights to stop mutations of the virus spreading in Germany.

Visitors from the UK are currently banned from entering the country, except if they are returning to their place of residence or travelling for an urgent humanitarian reason, such as urgent medical treatment or a close family bereavement.

During the current lockdown restrictions, private hotel accommodation is allowed "only for necessary special reasons".

If the country does open back up for international visitors any time soon, it could still be a while until clubbing returns, with the shutdown looking set to continue until at least summer.

Although last summer clubs indicated they expect to restart properly in 2021, optimism has dwindled slightly in some corners.

In January, Pamela Schobeß, chairwoman of the nightlife umbrella organisation the Berlin Club Commission, predicted the city’s nightlife won’t return back to its pre-pandemic state until the end of 2022.

Government support for Berlin’s business impacted by the pandemic is currently secured until June 2021, so expect there to be no movement towards reopening until then at the earliest.

Once the financial aid dries up, clubs will likely push harder for reopening in order to trade to stay afloat, so there could be movement around then.

In December, Germany announced a €2.5 billion cancellation fund to cover the cost of events planned for the second half of 2021 that may be cancelled due to COVID-19. So currently events are being planned for July 2021 onwards with the security of government support if they fall through, meaning July seems to be the current marker for when some semblance of nightlife may return.

Tresor’s Dimitri Hegemann seems hopeful to this end, recently saying to rbb24: "We operate precisely and calculate very hard. We are assuming further aid programs and hope that the sun will shine again in July."

However, this remains subject to Germany’s coronavirus levels and infection rates, which could worsen once the country eases restrictions or if new strains start spreading. The government may then choose to extend lockdown restrictions into the summer.

Berlin's club scene is a major source of income for the city's economy, reportedly raking in €1.5 billion in 2018, so officials are expected to be keen to see it get back on its feet as Germany looks to recover from the economic hit of the pandemic.

Nightlife is likely to return in a reduced capacity initially.

In May least year, clubs were able to use outdoor spaces and play music, although safety measures had to be followed, there was a 10pm curfew, and dancing was not allowed.

By August, special permits for clubs to host socially distanced parties in open-air spaces were being encouraged by the local government.

If proper indoor clubbing does return, expect there to be increased safety precautions. Berlin's infamous KitKatClub was recently transformed into a COVID testing site, and we could see rapid testing or 'health passports', which are currently being trialled in the UK, as entry requirements to events, as well as reduced capacities, hygiene stations and mask wearing.