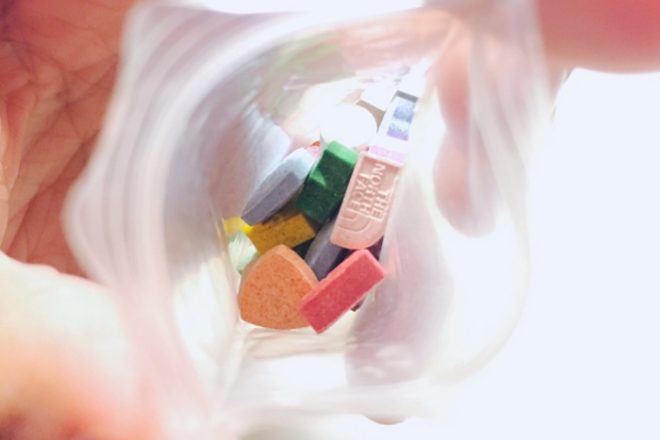 A proposal to introduce drug testing in nighttime economy areas has been put forward by West Midlands Police.

The Police and Crime Commissioner David Jamieson believes such an exercise will help reduce drug-related deaths in the region and "increase the authorities' intelligence of drugs in circulation." Jamieson didn't specify which drugs.

A number of UK festivals signed up to test drugs onsite last year, including Boomtown Fair, in association with drug safety organisation The Loop. This was after health experts said testing at festivals should be "standard".

Concrete was found in drugs at Kendal Calling, along with malaria medicine and insecticide.

Jamieson's other proposals include a Drug Early Warning Programme, which will make the public and medical staff aware of drugs doing the rounds, setting up a scheme to put people suffering from addiction into treatment instead of courtrooms and looking into establishing Drug Consumption Rooms. The police believe providing heroin in a medical setting - for those who haven't responded to treatment - will take the market away from criminal gangs.

Substance misuse in the West Midlands is estimated to cost £1.4 billion per year, hence the proposals.

Jamieson said: "Despite the good work being done by many, collectively our approach to drugs is failing. Drugs are costing the West Midlands £1.4 billion each year. It means people are forced to live with more crime, public services are put under strain and not enough is done to reduce the suffering of those who are addicted.

"If we are to cut crime and save lives there's one thing we can all agree on; we need fresh ideas. These are bold, but practical proposals that will reduce crime, the cost to the public purse and the terrible harm caused by drugs.

"These proposals tackle the drugs market head on, hitting the organised criminals profiting from the misery of others.

Jamieson hopes the majority of his proposals will have been implemented by 2020.

"These recommendations from the West Midlands Police and Crime Commissioner are an important and welcome contribution to the growing momentum behind common sense drug policy reform in the UK. Health professionals, police, and the public are all agreed that a public health - rather than criminal justice - approach to drug policy is what is needed to tackle rising rates of drug harm in this country and beyond."

Check out the full list of David Jamieson's proposals here.

Watch the video below to see what The Loop has done at festivals.