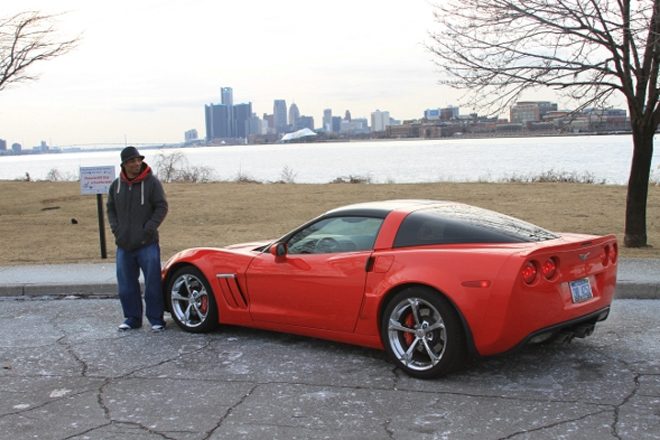 In dance music’s latest surreal twist, a video of Omar S being serenaded by a very keen car salesman at a Nissan dealership in Farmington Hills, Michigan, has been discovered online.

The video shows the Detroit house and techno icon shopping for a limited edition 2020 50th anniversary Nissan GTR, before salesman Bobby Lundwall raps about the purchase over the producer’s 2014 release ‘Romancing The Stone’.

Read this next: Omar S has the best damn track names in the business

Sample bars include “Omar S, he wanted class, a sexy car that drives so fast. Now he’s got it, in his spicy GTR” and “Omar S, he deserves the best, ‘cause he put us to the test, ‘cause we’re better than the rest”.

Omar S responds to the serenading by saying “I appreciate it, thank you very much” and the two men embrace. It’s surreal, but also genuinely quite wholesome.

Read this next: Omar-S: “Move to Detroit. You can do what the fuck you want to do"

The clip was uploaded to the Nissan of Farmington Hills YouTube channel, which has five subscribers, in late October 2019, but has recently come to wider attention on social media.

Omar S has previously made his love of sporty red motors known with various press shots posing by a Chevrolet Corvette (pictured), one of which was used as the back sleeve of his 2013 album ‘Thank You For Letting Me Be Myself’.