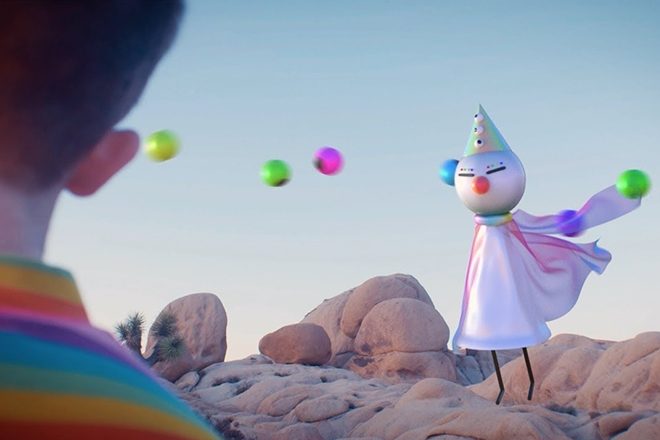 Ahead of his forthcoming self-released EPs 'Clear Tamei' and 'Steel Mogu', both of which are scheduled for release on August 8, British producer Iglooghost has shared a colorful and demented music video for his EP's title track 'Clear Tami'.

The young and imposingly imaginative producer, who was first signed to Flying Lotus' Brainfeeder imprint for his debut EP 'Chinese Nu Yr' at the tender age of 18, has consistently developed his playful visual aesthetic as well as his frantic, brisk and chimerical sound in a way that is positively hypnotizing.

In the track, Iglooghost raps over his music in what he admits is a "made up language" via Twitter. The video, directed by Luke Gibson, shows Iglooghost feeling woozy and blushed while communicating with his otherworldly friends. A frenzy of strobe induced madness and fever-dream confusion ensues as it becomes more and more unclear "whether these dreamy interactions are of a benevolent nature or not."

Watch the music video below.