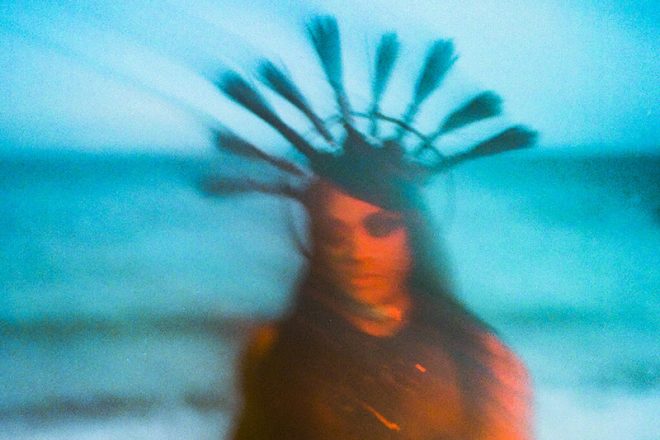 Ahead of their debut album release, Berlin-based club surrealist and scene innovator Lotic has dropped a gripping new visual for intoxicating lead track ‘Hunted’, taken from the forthcoming LP ‘Power’.

Directed by Matt Lambert, the electrifying visual was shot in Mallorca. Speaking on the music video, Lambert explained via a press release, “We had this spontaneous idea of a cursed deity whose strength and sexual energy is fueled by the souls of bougie white boys they seduced and then murdered ritualistically in a small beach resort town. It’s a high-camp and very abstract take on Queen of the Damned meets Lost Boys meets Otto."

The new album follows up Lotic’s 2015 projects 'Heterocetera’ and ‘Agitations’, out on Tri Angle Records and Janus respectively. With 11 tracks total, the long-awaited new album sees Lotic on the hunt for empowerment, twisting new elements into their distinctive, disruptive sound through new compositions and the use of their vocals for the first time ever.

‘Power’ is out July 13 on Tri Angle Records. Pre-order the album here and check out the ‘Haunted’ video below.