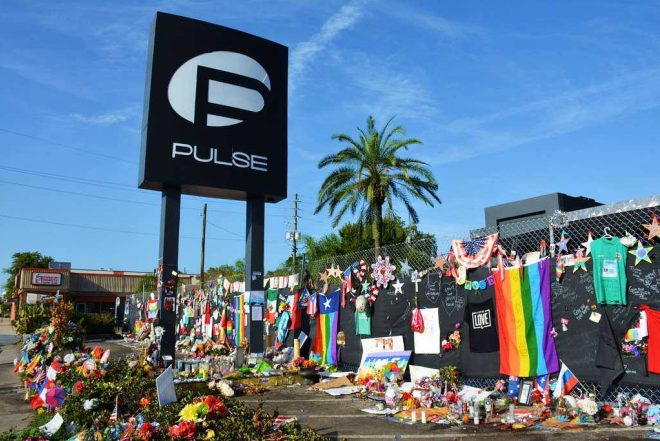 A group of survivors and victims of the 2016 Pulse nightclub shooting are suing the city of Orlando and 30 police officers for allegedly failing in their duties in response to the attack that left 49 people dead and injured 68 more.

According to ABC News, the lawsuit has been filed by 34 plaintiffs, of which are nine survivors who were apparently detained or "arrested" by police as they ran out of the nightclub and the estates of six of those who were killed in one of the deadliest mass shootings in modern American history. The plaintiffs claim that the city of Orlando and the responding police officers violated the rights of survivors during the attack.

According to court papers, Orlando police officer Adam Gruler, is the only officer named while 30 other unidentified Orlando police officers being sued. Allegedly he "was at Pulse at all pertinent times and was charged with providing security to Pulse. Instead, he abandoned his post, thereby allowing [the] shooter to not only enter the club once to scout out the area and make sure nobody could stop him, but to then leave Pulse, retrieve his firearms, and return to execute his sinister plan to kill people."


The plaintiffs’ attorney Solomon Radner spoke to ABC to elaborate on why the lawsuit is being filed : “While people, unarmed, innocent were inside a club getting absolutely massacred by a crazed gunman there were a bunch of people … with guns, with the training and capability to take that shooter out. Instead of doing their job, they worried about themselves, they stayed outside, they worried only about their own safety, knowing that people were literally getting mowed down by the dozens just a few feet away.”


According to the department’s investigation, at 2 AM on June 12, 2016, gunman Omar Mateen opened fire on patrons inside the Pule nightclub, a popular LGBTQ venue in Orlando. Police then engaged in a standoff, but did not enter the building until 5 AM. Maaten was later killed in a shootout that ensued and the police's handling of the situation, mainly regarding their slow response, has been questioned by the public.

When hearing of the lawsuit, the city of Orlando and the Orlando Police Department released a joint statement, although they have not seen the lawsuit at this time: “Nearly two years after the horrific act of hate inside the Pulse nightclub, our community continues to mourn the 49 lives taken and provide support for all those impacted... On the morning of June 12, 2016, federal, state and local law enforcement officers and first responders put themselves in harm’s way to save as many lives as possible.”


Earlier this year, 16 survivors of the 2016 Pulse nightclub shooting sued tech giants Facebook, Twitter and Google. They claimed the three companies "aided and abetted" ISIS and were aware ISIS used their sites for recruiting, which apparently violates the Justice Against Sponsors of Terrorism Act.