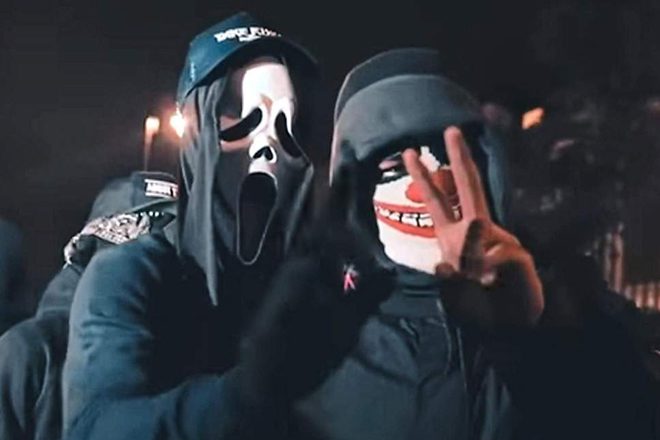 The alleged link between UK drill music and violent crime has been a hotly contested issue of late.

YouTube recently removed music videos of the genre that police claim incite violence, releasing a statement saying: “Along with others in the UK, we share the deep concern about this issue and do not want our platform used to incite violence."

Now police are ramping up their campaign, applying for an official court order to stop gang members from making drill in an unprecedented move.

The criminal behaviour order (CBO) would ban five West London residents, aged between 17 and 21, from making the raucous rap music. They are all members of 1011, a gang based in Ladbroke Grove whose videos on YouTube have racked up a total view count of over 10 million.

Last November, the five youths in questions were stopped by police while in possession of machetes, knives and baseball bats, suspected to be en route to attack a rival gang in Shepherd’s Bush for threatening one of their grandmothers. They initially claimed the weapons were probs for a video, but last Friday pleaded guilty for conspiracy to commit violent disorder at Kingston Crown Court, and will be sentenced on Friday.

On top of the sentence, Met Police want the gang to be banned from making drill for three or five years.

Detective chief superintendent Kevin Southworth said: “It is the explicit nature and the aggressive nature of the lyrics that make these videos of concern to us.

“There were a number of different drill videos and social media postings that were clearly and only designed to incite violence and provoke each other.”

1011 launched a petition in May to protest the removal of their videos from YouTube, which has received over 5,000 signatures.

Drill’s lyrical content often includes references to drugs, gun and knife violence, and direct sends for rival gangs, and police say this incites violence. But this view has faced criticism from other corners.

Youth worker and writer Ciaran Thapar spoke to the Independent, labelling the police’s request as ineffectie and unjust: He said: “Those boys are still going to be finding ways of communicating their disaffection; they’ll just find ways that are less detectable.

“Drill music hasn’t been detectable to the mainstream audience because no one’s been bothering to look at it for three or four years. All that ignoring what it’s saying and suppressing it is going to do is push it further down and it will pop up in more extreme places.”

Although he acknowledge that drill’s ingrained link to gang threats is a problem, he added: “I would say policing social media rather than a type of music is a way more of objective, legal-based solution that doesn’t discriminate against the music.

“There’s a lot of music being made by, most of the time, young people that have no other investment or way out of poverty. [Banning drill] is not just and it’s not going to be useful.”

Writing in the Guardian last month, journalist Iman Amrani agreed, stating "banning these videos could inadvertently push this underground culture even deeper" and questioning "Is our time and resource not better directed towards the real issues that underlie all of this?", such as education policy.