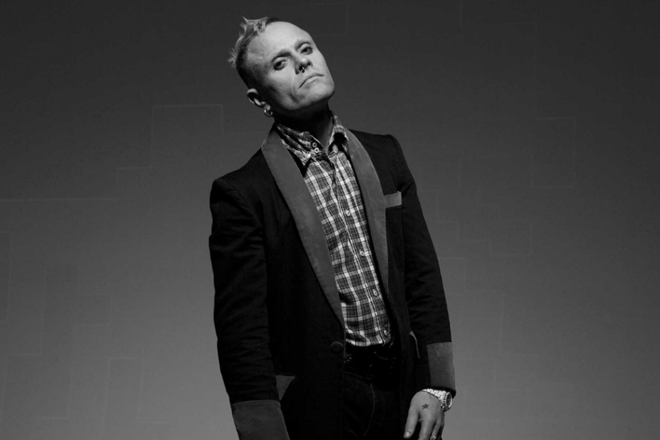 Versace paid tribute to The Prodigy's Keith Flint in its SS20 collection at Milan Fashion Week.

The models’ hair was also an apparent homage to Flint, who passed away in March, as they donned brightly-coloured pink, yellow, orange and green spiked hair. The catwalk, featuring a sports car right in the centre, played host to leather, leopard and denim fits inspired by Flint. If Donatella's inspiration wasn’t clear enough, the soundtrack to the show kicked off with The Prodigy’s iconic 'Firestarter'.

See some images from the Versace show below.

From the #MFW runway: denim, tie-dye and logo eyewear. Discover more at the link in bio. #VersaceSS20

Leather pants with metal eyelets are paired with checkered knits and biker-inspired accessories. See all the looks at the link in bio. #VersaceSS20 #MFW

Versace iconography is embraced through a nod to 1990s culture, paying homage to The Prodigy, the British band accredited to the rave movement. Discover more through the link in bio. #VersaceSS20 #MFW

Rave icon: As the frontman of The Prodigy, Keith Flint delivered a furious new type of dance music
The Prodigy bring back the rave fire on new album
10 iconic The Prodigy moments