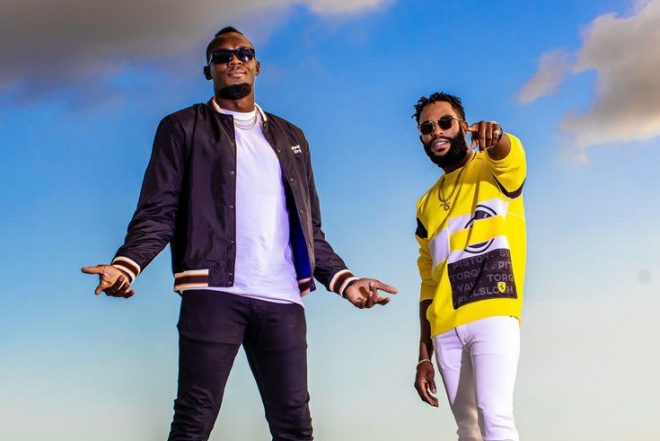 Usain Bolt has announced that he is releasing an album.

‘Country Yutes’ will be the first record from the retired sprinter and will be available to listeners from Friday via his own label 9.58 Records.

The project is a collaboration with Nugent “NJ” Walker, Bolt’s manager, with production by A-Team Lifestyle.

Read this next: Beserk dancehall: How Equikoxx caught the world's attention

Ahead of the release, Bolt shared the first snippet of the album ‘It’s A Party’ alongside an accompanying music video.

Bolt, who retired from running in 2017 and is widely regarded as the greatest sprinter of all time, had hinted to the record across the year, by sharing photos of studio sessions and song teasers via Instagram. He put out his first track ‘Living the Dream’ in January.

Bolt doesn't sing on the tracks and is instead more interested in the production side, confirming in an interview with The Athletic: “I just want to be like a Khaled — a DJ Khaled,” Bolt said. “I don’t really sing the songs, but I want to produce, I want to be a part of them because I love music so much. So for me, that’s my biggest inspiration."

Read this next: They invented the remix

"To know that somebody is not singing but he knows and understands music, produces the best set of music — look at his album now, it’s really taking off. That’s who I’m emulating to be. I want to be as big when I produce as DJ Khaled.”

In the same interview "NJ" Walker, shared Bolt's passion for Dancehall and Jamaican music: “You can watch all the races (and you’ll see) him dancing, celebrating at the Olympics or a championship."

"It’s just a natural synergy. Anything that is Jamaican will be exported by Usain. He’s just trying to use his brand and use his influence to further promote dancehall/reggae music.”

You can listen to lead single 'Its A Party' below.