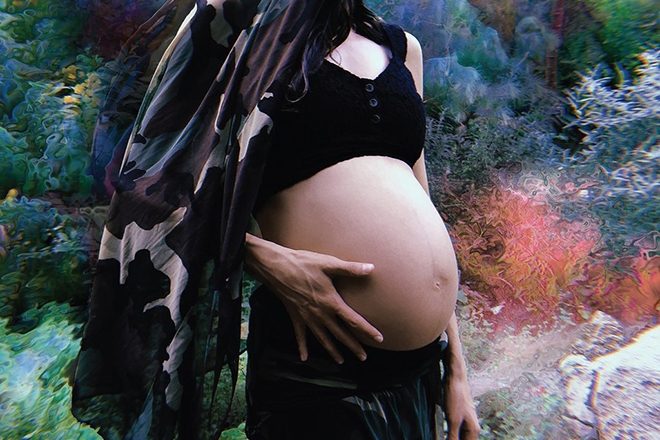 An unborn baby recorded an album and it's coming out this year.

Seriously, an album from an unborn baby was recorded last year and it's coming out this year. The album was recorded with the help of biosonic MIDI technology. Elizabeth Hart - bassist of psychedelic rock band Psychic Ills and her partner Iván Diaz Mathé were pregnant last year and they ensured the baby (now born and called Luca Yupanqui) continued their musical creativity right from the off.

Read this next: AKAI Professional reveals details of the MPK Mini MK3

Hart linked up the MIDI device to her belly so it could record the noises coming from the baby, known as in-utero movements. Mathé (who worked on 'The Life Of Plants' EP with Lee 'Scratch' Perry and Aaron Coyes of Peaking Lights) then used his synths in lengthy sessions to turn the sounds into music. You're wrong if you were expecting the baby's heartbeat to be flipped into a 4/4 house beat. The actual result is dark and harrowing experimental material.

Read this next: 5 of the best foolproof synths

This isn't just to be released off the cuff. The album, titled 'Sounds of the Unborn', is coming out on New York label Sacred Bones on April 2. Sacred Bones has previously released music by the likes of Jenny Hval, Blanck Mass, Trent Reznor & Atticus Ross and composer John Carpenter.

The album's press release reads: "Elizabeth and Iván mixed the album in 2020. Luca, now an infant, sat in the studio with them while they worked. Her awareness of what was happening was astounding. She would open her eyes wide and stare at her parents, seemingly recognizing her own sounds from the womb, knowing that they were revisiting those rituals that made them come together as one. Those mixing sessions were technically the first time Luca had heard her own music, but her reaction made it clear that that wasn’t really the case — she had already lived it.

You can pre-order the album here and listen to part of it below.