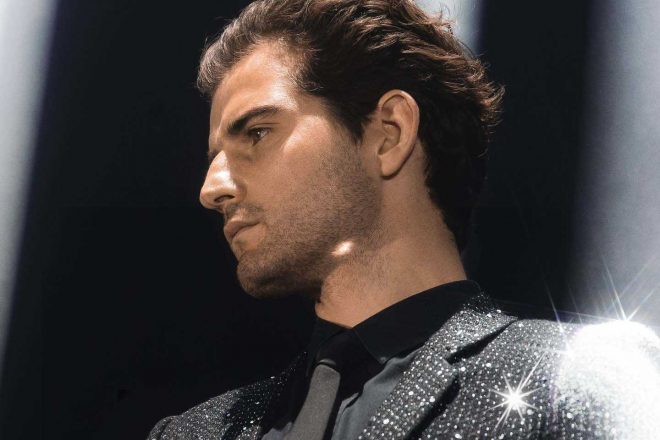 A DJ from the UK is at the centre of an Omicron scare in New Zealand.

Drum 'n' bass DJ Dimension tested positive for the highly contagious variant - in what could be the first community exposure of Omicron in the country.

Dimension, real name Robert Etheridge, tested positive on his 12th day in the country and was forced to pull out of an appearance at Rhythm & Alps festival in Wankana, New Zealand.

Read this next: How New Zeland beat COVID and got back to raving

Authorities in Auckland, where he is currently staying, are attempting to trace a number of potential contacts.

Dimension wrote on Instagram: "I'm devastated to share that after 10 days of isolation, I tested positive for COVID-19"

"After completing my ten-day isolation, and of the understanding that I had completed my quarantine, I entered the community. To my shock and enormous concern, I unexpectedly received a positive test on day twelve, two days after my isolation period had ended."

Read this next: How to help clubs stay open safely and for the long haul

"I cannot put into words how extremely sorry I am to everyone who will be impacted. Never in a million years did I think anything like this would be a reality in a country that I love so much and that has always made me feel welcome."

A spokesperson for the Ministry of Health told the NZHerald that Etheridge had left isolation "too soon" without waiting for the all-clear from his legally required Day 9 COVID test.

Etheridge had arrived in New Zealand on December 16 and isolated until December 23 in a hotel quarantine before completing the last three days of his isolation at home.

The DJ - who had played shows at the likes of Printworks, Motion and Fabric - took his final "day 9" test on December 25, but left isolation Boxing Day without receiving the results back for his test, according to the Ministry of Health.

Etheridge headed to a number of shops, restaurants and bars in Auckland, before heading out clubbing.

Many other artists scheduled to perform at Rhythm & Alps Festival have had to pull out due to being deemed a "close-contact" of a confirmed COVID-19 case, including Friction who posted on Instagram:

"I've unknowingly been in the vicinity of a potential COVID case while I've been here. I'm absolutely heartbroken."

Dimension felt the need to confirm on social media that a now-deleted photo of himself posted on a beach on Christmas Day: "Were taken at a private address which was approved by the Department of Health prior to my arrival."

He added: "I want to reiterate my apologies to those who I have inadvertently put at risk as a result of my misunderstandings. I realise the gravity of the situation and I am deeply regretful to those who have been impacted; including members of the public, event organisers and close contacts."

Mixmag has reached out to representatives of Dimension for comment.