“I say this to so many people, for the first time in my life, I don't feel F.O.M.O for being in New Zealand,” says the house and techno DJ, promoter and venue owner Cameron Morris. “New Zealand has typically been a place where young people feel like, what if I was to go over to New York or London? Could I make it? But because of how we’ve handled things here, it’s cool to be in New Zealand, and it’s a great time to be a young artist here.”

Alongside his business partners, Olly de Salis and Tim Ward, Morris runs Club 121, the main underground dance music nightclub in Wellington, the capital city of New Zealand. Since they opened in October, they've been able to operate most weeks without social distancing or PPE measures. While New Zealand’s borders remain closed to almost all travellers, lockdown restrictions have been largely lifted for months, and nightlife has well and truly resumed. The local mood is optimistic, but the global realities of the coronavirus pandemic remain very real.

“I speak to my friends overseas, and they’re really hurting, so I don’t take any weekend for granted,” Morris explains. “Every show that I’ve been asked to play, I’ve done, purely because we’re some of the only people in the world who can safely take these opportunities right now.” 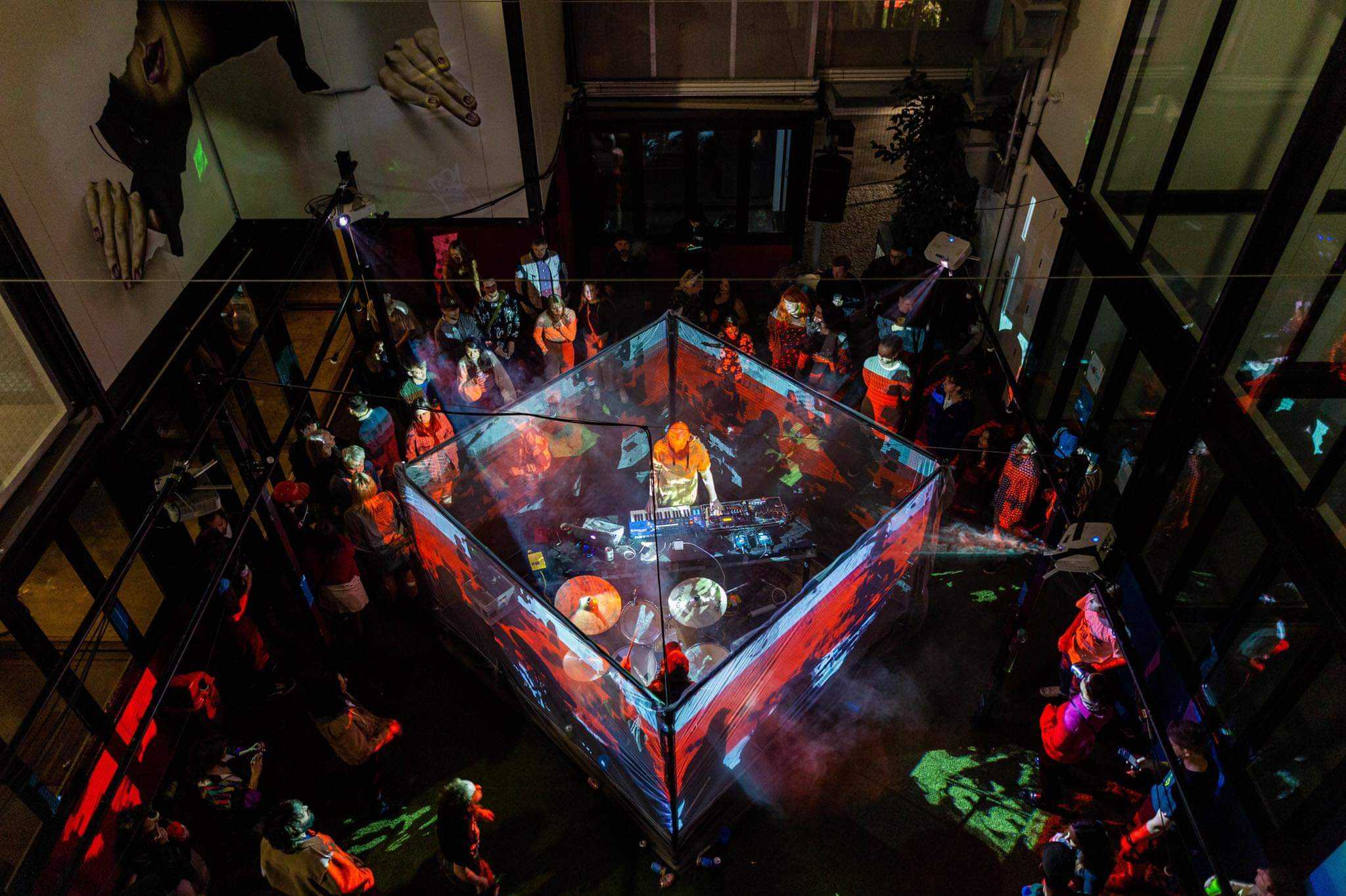 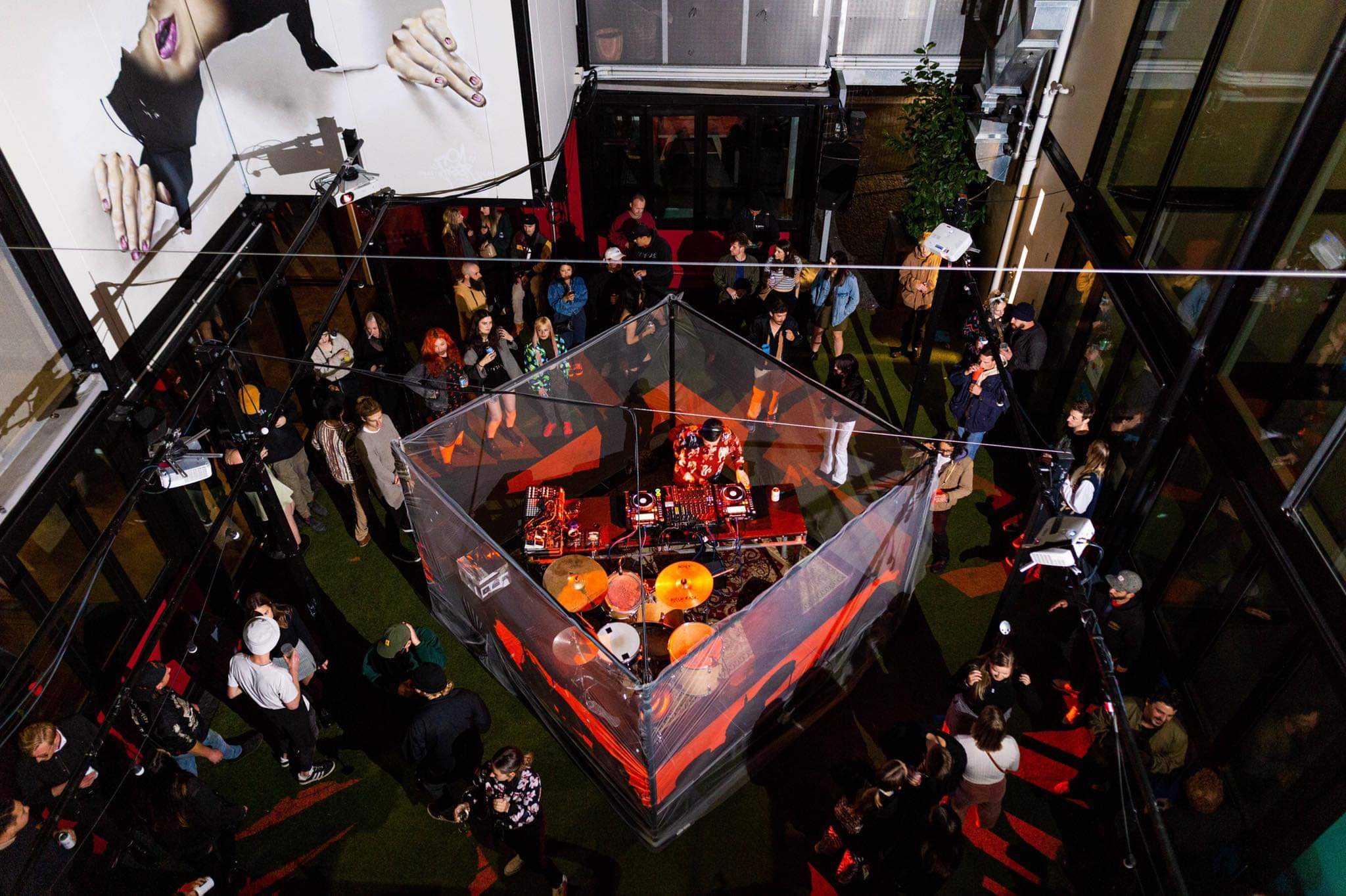 All around the country, the current generation of DJs, promoters and nightclub owners operating along the house, techno, disco and club music axis tell similar stories about the twelve months since the pandemic set in here. Anxiety and unease coloured the early days as New Zealand’s government closed the border and unveiled a four-level lockdown system. Financial support packages and a steady decline in cases followed, and during the stillness of lockdown, those feelings eased.

By the start of June last year – except for newly returned citizens in isolation – the country was COVID-free. Nightclubs and venues reopened not long after, and the energy on the dancefloors was euphoric. As the southern hemisphere’s summer arrived, those smaller events were followed by outdoor festivals and stadium concerts.

As Zak Cooper, aka Paoro Kete, a DJ and promoter with a decade of experience in New Zealand’s drum 'n' bass, dubstep, house and techno scenes, remembers it, “The first few weekends back were nuts.”

Read this next: The Isle Of Man has been raving safely through the pandemic

“And the thing is, it wasn’t out of control. It was a well-behaved group of people,” he reflects. “At close, everyone was still there. Everyone was clapping, hugging and high fiving, and there were smiles and tears. It was just a really incredible experience. That was when we went, oh wow.”

Since January 2020, Cooper has been one of the owner-operators of Flux, an open-air bar and venue located in Christchurch, the largest city on the South Island of New Zealand. Inspired by outside clubs they attended on trips to Europe before the pandemic, Cooper and his business partner Finn McCall, who DJ’s as Finn, run early evening parties at Flux that kick off at 4 pm, ending at 1 am. “It’s my dream venue, everything I thought could be possible,” Cooper enthuses.

When it came time to reopen, with the borders closed, Cooper had some slight reservations around how easy it would be to sustain a venue off local-only line-ups. “There was always this addiction to presenting the travelling international acts; they were what everyone wanted,” he admits. As audiences started to fill the venue for local house, techno and live electronica events, those reservations quickly subsided. 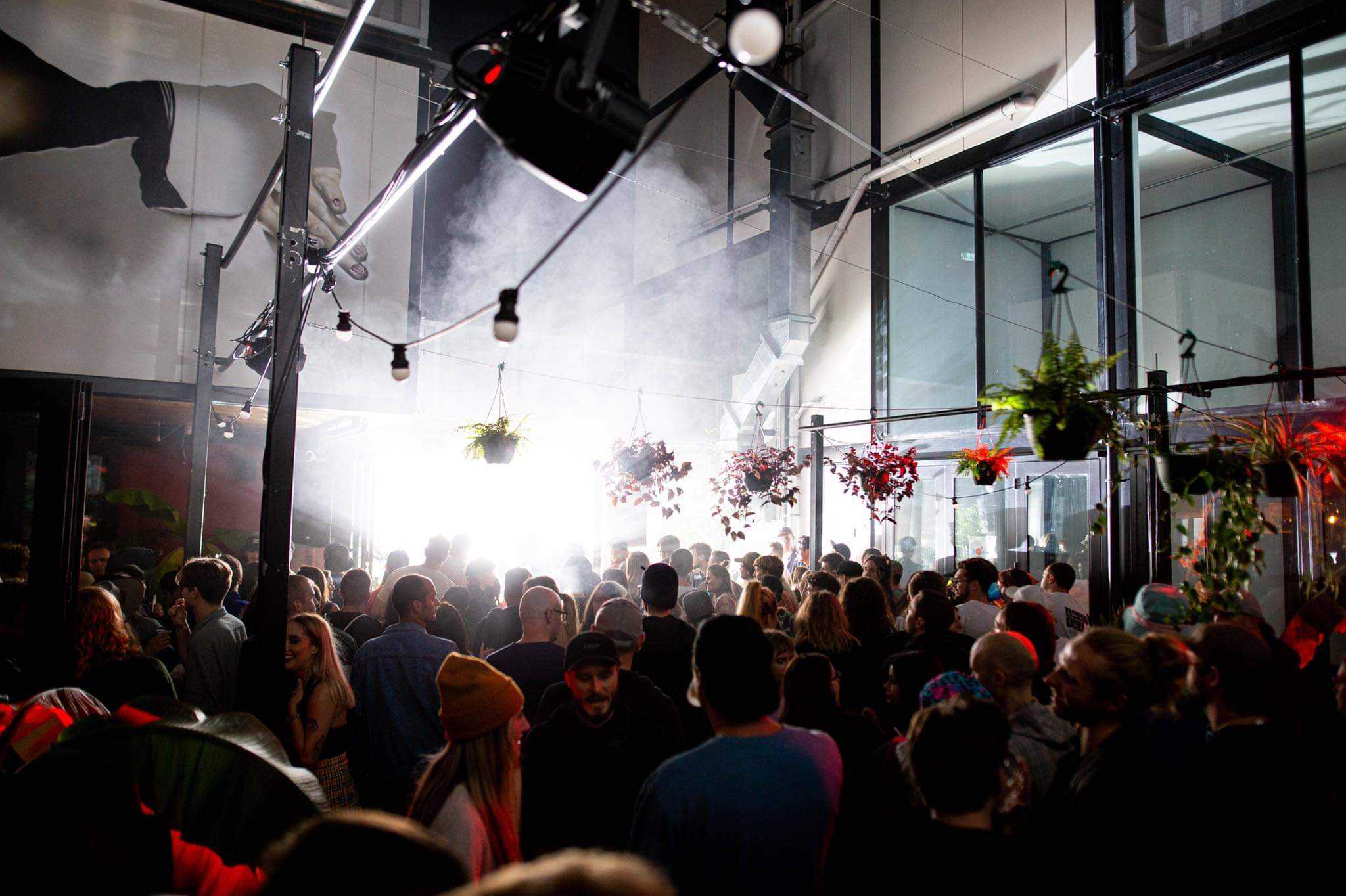 In part, this has been bolstered by an influx of high achieving New Zealanders travelling home during the pandemic. In Christchurch, one of them is Olly Perryman, aka Fis. An abstract producer and DJ who performs live with Māori sound artist Rob Thorne, Fis spent half a decade in Berlin, where he recorded for labels like Loopy and Subtext Recordings before establishing his own Saplings Records imprint. “Having Fis move back to New Zealand has been incredible,” Cooper enthuses. “There’s no way to describe how he puts music together.”

Cooper also mentions the DJ and producer Ruby Kerkhofs, aka Nice Girl. Previously based in Melbourne, Kerkhofs has released several deep house records through Houses In Motion and Public Possession. “She’s providing influences from a bunch of different areas,” he says.

When we talk a bit more about the local scene in Christchurch, Cooper is quick to emphasise the importance of a semi-regular event called Hazchem. “Hazchem is an underground, invite-only, ticketed basement rave in the middle of this industrial wrecking yard,” Cooper explains. “You go to the gate, show the security guard your ticket, walk down this alleyway and drop down a single flight of stairs. There are between two and four hundred people every time. It’s like something you’d expect from accounts of ‘90s raves.”

Unsurprisingly, increased enthusiasm for local line-ups is a nationwide phenomenon. Up in Auckland, the largest city in New Zealand, Friendly Potential, a regular party and weekly radio show, quickly adapted. Since 2018, they’ve brought North American, European and Australian scenes figures like Amp Fiddler, Eclair Fifi, Palms Trax and Roza Terenzi to play at Catacombs, a yearly two-night mini-festival held in a basement bar underneath the city’s historic Civic Theatre. At the end of October last year, they programmed house, techno and boogie DJs alongside experimental bands and sold out both nights.

For that edition, the Catacombs line-up included Eden Burns, a South Island DJ and producer signed to Munich’s Public Possession label, FIS and Rob Thorne, Borrowed CS and Clear Path Ensemble. The latter two are the dub techno/electro and cosmic jazz projects of Wellington-based drummer, producer, DJ and bandleader Cory Champion. Burns had just returned to New Zealand from Australia. After a fortnight in a managed isolation at a border quarantine facility, he found the experience surreal. “It was really bizarre walking down this huge staircase and seeing hundreds of people going for it,” he remembers.

Champion was able to DJ at Catacombs as Borrowed CS and also mount a full band performance for his Clear Path Ensemble project. “In a non-COVID year, there’s no way I’d be playing a band set at an event like this and DJing the next night,” he says. “It’s been an interesting experience. When I’m DJing new tracks from friends in the US or UK, I can’t help but think about how that music has never been played out to a room of people sweating on each other.” 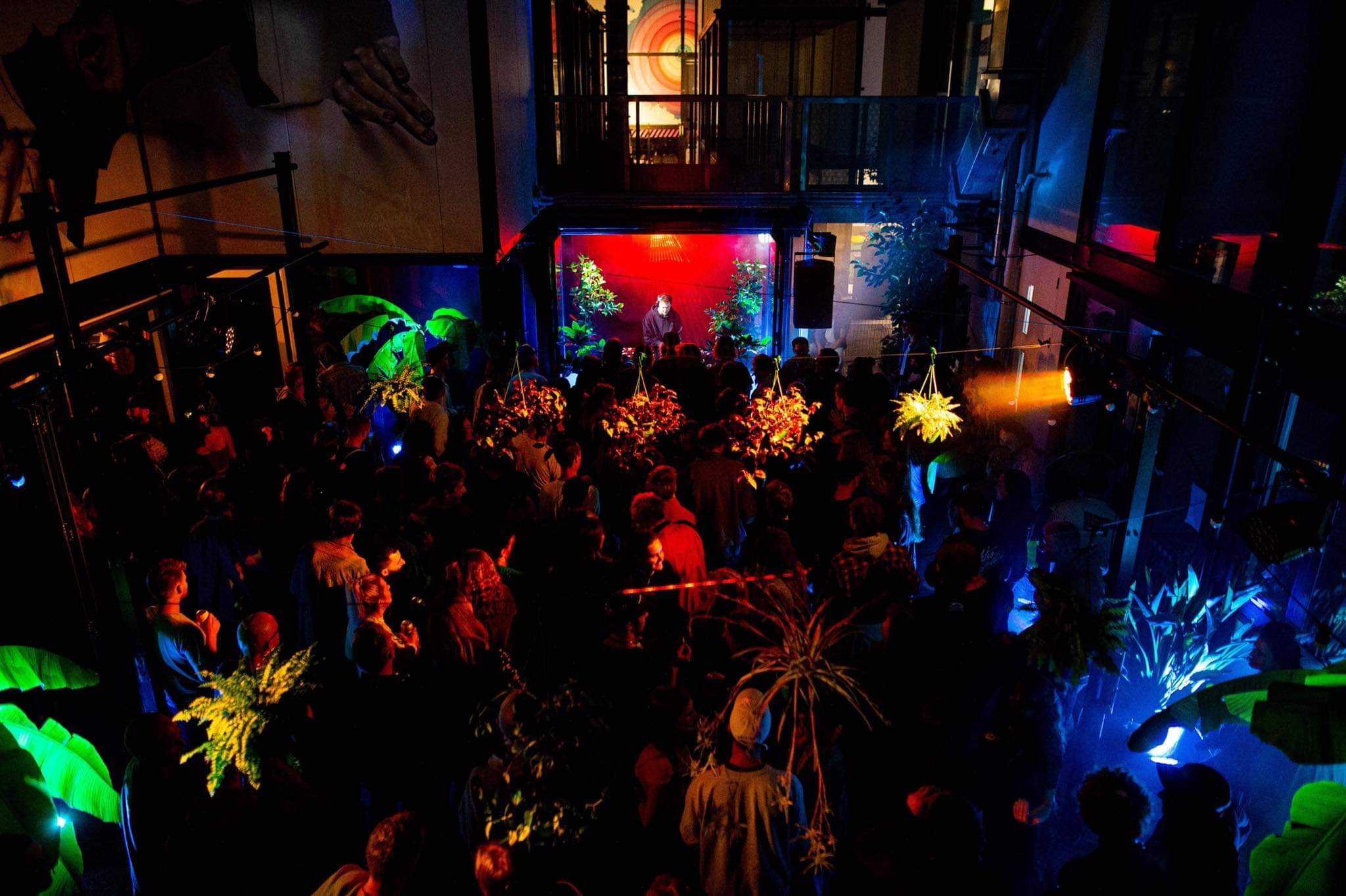 Another DJ who has been taking advantage of the opportunities afforded by closed borders is Bonnie Ryan-Vance, aka Bontempo. Originally from Wellington but based in Auckland, Ryan-Vance had a golden run over summer, DJing house and boogie at festivals and clubs across the country. “I have high hopes that the spotlight on local artists will continue if things start to return to normal,” she says.

Although Ryan-Vance appreciates the extra bookings the situation has afforded her, she feels that being able to hold shows here again is just the first step towards something more significant - building a more inclusive future for New Zealand’s dance music community. “I still see line-ups with a disproportionate amount of white males compared to any other groups here,” she notes. “I also realise that being a white female, I am extremely privileged. I implore promoters to focus on making sure line-ups include those of all ethnicities, sexual orientations, and those that are gender non-conforming.” Beyond that, she hopes to see a similar demographic shift behind the scenes over the coming years.

One of the local club nights that has been the most successful on these fronts is FILTH, a semi-regular Auckland event run by the DJ and filmmaker Shaki Wasasala aka Half Queen and the rapper Jess Bourke aka Jess B. Wasasala describes FILTH as "prioritising the experience of queer, trans, Black and indigenous people of colour." On March 13, FILTH teamed up with Boiler Room to showcase the vibrant community and scene around them to a global audience. On the night, the DJs played a mixture of global club sounds and classic Polynesian music.

“It’s strange," reflects Wasasala. I’m constantly getting messages from DJs on Instagram saying things like, oh my god, I’m vicariously living through you, but it’s hard to see it all objectively. I mean, we did go through a lockdown, but it’s nothing like what other countries are experiencing.”

Read this next: People are breaking lockdown to attend illegal raves

Chris Cox, aka Frank Booker, a DJ, producer, song editor and twenty-year veteran of the New Zealand dance music scene, was one of the local DJ’s who played at Beacon Festival. He also co-promotes events with Flamingo Pier, a music production and promotions collective who, before the pandemic, divided their time between Auckland and East London. As initial vaccine distribution programs begin to roll out around the country, Cox looks back on the last year with a mixture of gratitude and disbelief.

“It all comes down to a combination of having a government who got the health response pretty much spot on, and the fact we’re fucking isolated in the middle of nowhere,” he reflects. “That’s what bugs me out; our isolation used to annoy me so much when I was growing up. I couldn’t wait to move to the UK. When I was a teenager, I was like, oh my god, we’re so far away from everything. Now I’m like, oh my god, thank god we are where we are.”