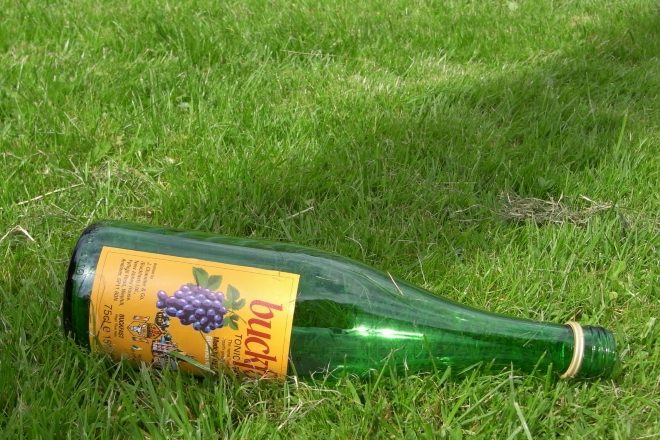 One punter joining Glasgow’s TRNSMT festival this year thought of a genius hack to smuggle in his booze.

To swerve overpriced festival pints, one attendee headed to the site ahead of the annual event on Glasgow Green to bury a bottle of Buckfast, which he then marked and came back to once inside.

According to the festival’s website, TRNSMT doesn’t allow any food or drink to be taken on-site over the weekend.

The ticket-holder went viral on Twitter alongside a picture of him holding a muddy bottle of Buckfast and smirking at the camera.

“Where there’s a will…” DJ Ross McFadyen tweeted. “This guy... goes to Glasgow Green a few days ago and buries a bottle of Bucky where the TRNSMT site will be. Goes to the gig, and digs it up! Glasgow, don't go changing,” he said.

This guy... goes to Glasgow Green a few days ago and buries a bottle of Bucky where the TRNSMT site will be.
Goes to the gig, and digs it up!

The picture prompted stories of similar shenanigans, with some users commenting on their alcohol-sneaking tips at past events. "I did that with a couple of bottles of Rum at Wickerman,” someone replied.

“Do I get bonus points for burying it 6 months in advance, and then turning up with 3 others dressed as pirates, with a collapsible shovel, and a treasure map pointing to the burial site. Security even laughed at our map…”

Read this next: Researchers reckon ecstasy can treat alcoholism

Another said that the punter is “a bit late” to the smuggling trick, adding “remember the Oasis gig at Loch Lomond. People have been doing it for years.”

TRNSMT festival went ahead this weekend from September 10-12 with a pop-centric line-up and some electronic additions. This year, the 50,000-strong event saw in headliners Liam Gallagher, The Chemical Brothers, and The Courteeners.