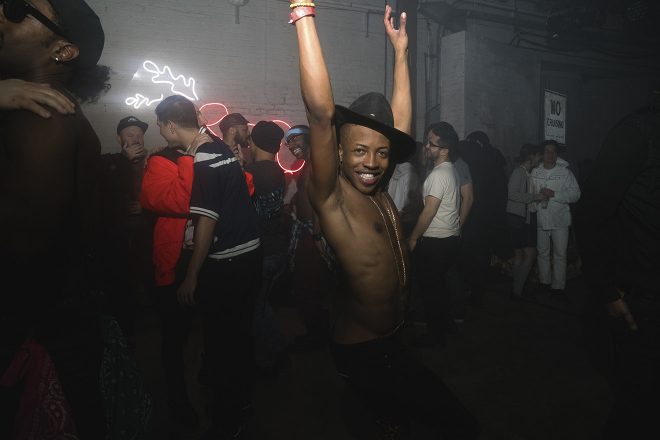 Iconic queer party Trade is back and swinging next month with a special event to celebrate its 30th birthday.

On February 12, Trade’s marathon 24-hour party will kick off at Egg London running through from 6:PM until 6:PM the following day, February 13.

The first wave of artists has just been revealed for the mammoth party, which includes long-serving Trade residents and pioneers of the legendary club night such as Fat Tony, Hilit Kolet, Wax Wings, Boris, Smoking Jo, Remco Beekwilder, and more.

Read this next: A plaque commemorating queer night Trade is being put up in Islington

Trade was the first of its kind when it initially launched in 1990 as the first mixed gay superclub in the UK. Nicknamed the "all-night bender" to those who visited, Trade was notorious for its legendary soundsystem and progressive, forward-thinking ethos.

Turnmills, the very first venue to ever host the club night was awarded a blue plaque earlier this year to commemorate the 90s events. Trade was one of the first to bring techno over the shores and into London, straight to the ears of queer partygoers.

"Trade has always been a melting pot for its crowd and its music,” said Managing Director of both Egg nightclub and Trade nights, Laurence Malice. “I can't wait to welcome back our Trade family and introduce new audiences to our journey through sound.”

A phase two line-up will be announced in the coming weeks with a ‘very special guest’ thrown into the mix on the night of the event.

According to Trade, the iconic club night is ready to “serve up a unique slice of clubbing in the capital” with a “huge demand from its loyal following”. Keep your eyes peeled for more details soon.

Find Trade's 30th-anniversary line-up and tickets here, and check out the newly released artwork below. 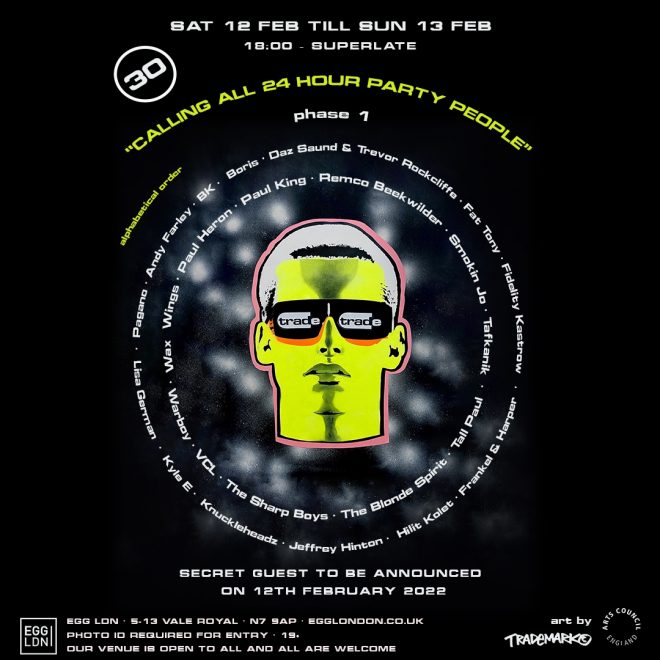