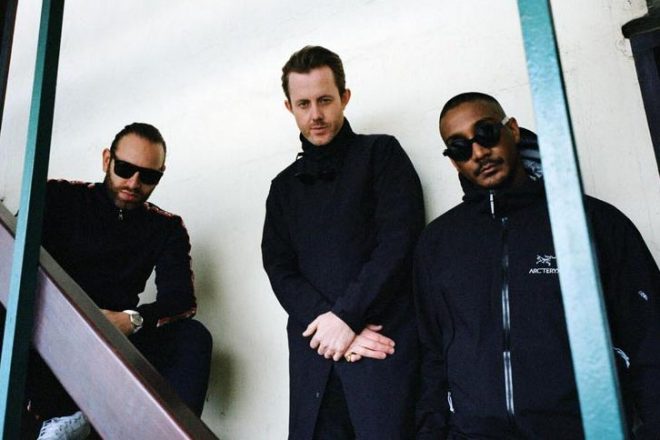 Together Ibiza has announced the full list of artists playing in 2019.

Taking over Amnesia every Tuesday for 16 weeks, Together will welcome the likes of Chase & Status (pictured) and Andy C.

Chase & Status also host their RTRN II JUNGLE showcase on July 2 and July 30. They'll be joined by SASASAS, Madam X, Randall and General Levy at the first party, with My Nu Leng, Brockie & Det, Benny L, Sherelle and General Levy joining them at the second.

Fashion brand Places + Faces makes its Ibiza debut with a showcase in the Terrace on July 16.

Andy C's All Night showcase also comes to the Terrace on August 13, where he'll play a five-hour set, with the RAM Records boss appearing five more times across the season.

Chase & Status and Wilkinson headline the closing party on September 17, joined by TQD, Sub Focus and more to be announced.

Together is the only place on the White Isle which brings together the best names in bass music, combined with top-level production, immersive lighting and lasers across Amnesia's Main Room and iconic Terrace.

Head here for more information and see the full line-ups below. 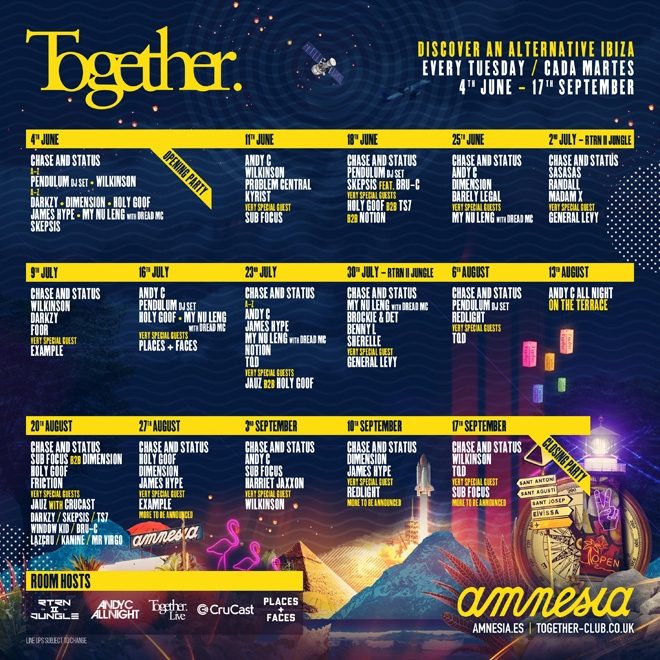 Together Ibiza announces first names for new season
9 photos from Together Ibiza with Andy C, Hannah Wants, Chase & Status and more
10 ways Ibiza will change in 2019