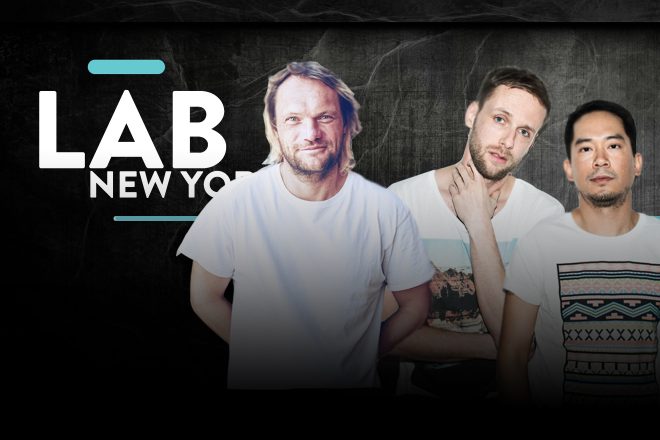 The Lab NYC is Mixmag and WAV's weekly live stream and post-work unwind, powered by Void Acoustics, where we showcase the finest DJs direct from our Brooklyn office. This Friday, April 13, we host a stacked session with Till Von Sein along with Chopstick & Johnjon.

German producer Till Von Sein has been carving out a place in dance music with a distinct sound profile that's aimed squarely at the dancefloor. This focus is clearly evident with his vast catalogue of releases landing on respected labels such as Suol, Dirt Crew and Supplement Facts as well as his freshly launched Tilly Jam imprint. Along with his highly sought after original material, Till's DJ work has long been a fixture in the international club scene and his talent will be on full display when he stops by NYC.

Chopstick & Johnjon are two respected artists with turntable expertise and studio skills, which have earned them appearances behind the decks all over the world. They also have been running the Suol imprint, one of the world’s most respected house labels, since 2009, with core artists including Till von Sein, Fritz Kalkbrenner, Larse, Meggy, Daniel Bortz, Tender Games and Trickski. As DJs they've been known to tantalize dancefloors with irresistible grooves, something to keep us locked in when they link up at The Lab this Friday.

Before The Lab NYC session, on Thursday, Brooklyn's most extravagant venue House Of Yes will be putting on a special showcase with Till Von Sein. See full details and tickets here

Subscribe to Mixmag TV and follow Mixmag on Facebook to watch Till Von Sein and Chopstick & Johnjon in The Lab NYC on Friday at 8PM EST.