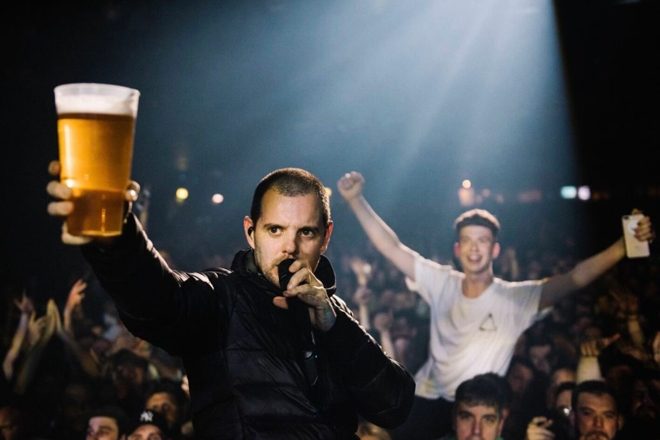 Mike Skinner’s hype levels for the return of the rave are palpable, with the release of sesh anthem ‘Who’s Got The Bag (21st June)’ earlier this month indicating where his head is at.

The Streets have now announced plans to mark the occasion with five intimate gigs at The Mill in Digbeth, Birmingham, running nightly from June 21 to June 25.

Read this next: The Streets release new track 'Who's Got The Bag (21st June)'

500 tickets will be available for the gigs from Monday through Thursday, before the week climaxes with a late-running 800 capacity club night headlined by The Streets with a support line-up curated by Mike Skinner.

Speaking about his recent single and the week-long party plans, Mike Skinner said: “I’ve always said this is a protest song and if the science allows it we’re all ready to go back to our lives on June 21st, so it made sense for us to throw a rave in Birmingham that night – but even more sense to make it a week long one.”

Read this next: The Streets' Mike Skinner: "It's not cool to be 40, in a nightclub, getting off your face"

The week of events is titled The Streets Present First In The Room, a reference to the opening lyric of ‘Who’s Got The Bag (21st June)’. Although another lyric in the track is “Nurse me all Tuesday”, we’re sure Skinner will find the energy to power through the celebrations. Although Tuesday, June 29, may be more of a struggle.

It’s being promoted by Weird Science, the team behind MADE Festival at Birmingham’s Sandwell Country Park, which The Streets are headlining on July 31.

Tickets are on sale now, priced at £27.50 plus additional fees. Purchase them here.