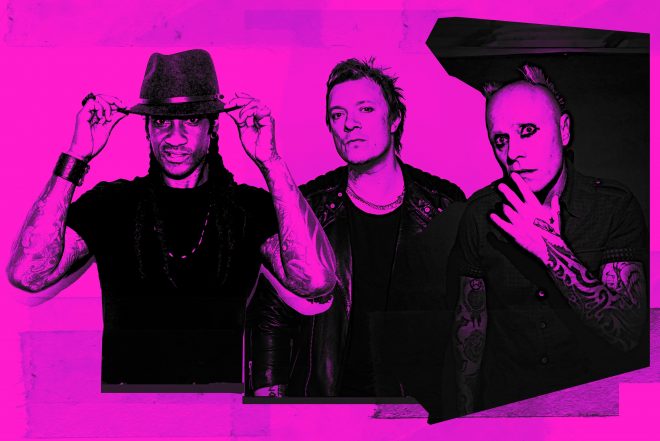 The Prodigy producer Liam Howlett has described the UK music scene as a better place now EDM is "fucking dead".

Talking to the Press Association, the 'Breathe' producer said: "[The UK scene is] better than it was three years ago because at least EDM is fucking dead. That's gone. It might still be in America but who gives a fuck, you know?"

Over two decades since 'The Fat Of The Land', Howlett is seemingly fed up with the electronic dance music movement. The Grammy-nominated producer also revealed his love of the blossoming UK rap scene:

"We've got street music now, which I find more exciting. UK rap, some of the rap producers out there. It's not just the rhymes, its the beats that are being made that really impress me."

The Prodigy's seventh album, 'No Tourists', is out today.

Speaking on the process of putting the album together, Howlett revealed how he literally "didn’t sleep" during the recording process.

“Every album does take you to the edge, man. That's how the music happens. I'm in the studio, really intense. I decided to see what it would be like if I just didn’t sleep. I was testing the boundaries.”