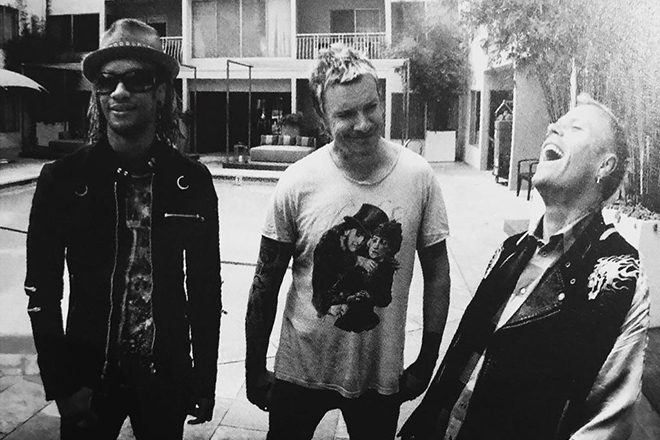 The Prodigy have teased new music with a 15-second clip from the studio, the first publicly revealed project from the band since Keith Flint’s death in 2019.

Both Maxim and Liam Howlett have come back together to collaborate on new music in classic Prodigy-esque bass-heavy, riff-ready form.

Read this next: The Prodigy pay tribute to Keith Flint: "Your light blazes strong"

“Studio bizniz this month, back on the beats,” states a social media post from the duo back in September, who promised to start making music again after Flint’s death.

In the clip, two figures made from beads representing the duo sit next to a subwoofer, feeling the vibration from the new heavy beats coming together from the pair.

It was revealed last year that occasion Prodigy keyboardist Leeroy Thornhill is producing a new album in honour of Flint, who passed away at the age of 49 more than two years ago. Since his death, The Prodigy returned to the studio for the first time five months later stating "back in the studio making noise. Brand new Prodigy tunes are gonna roll,” however the duo are yet to release any new music.

Read this next: Rave icon: As frontman of The Prodigy, Keith Flint delivered a furious new type of dance music

The last offering from the band came before Flint’s passing with ‘No Tourists’, a 10-track record releasde in 2018 via their own label, Take Me To The Hospital.

The group also confirmed in February that they’re in the works of a new documentary produced by the duo, based around the first British dance music pioneers. Gangs Of London will release as a full-feature length documentary from The Prodigy’s founders.