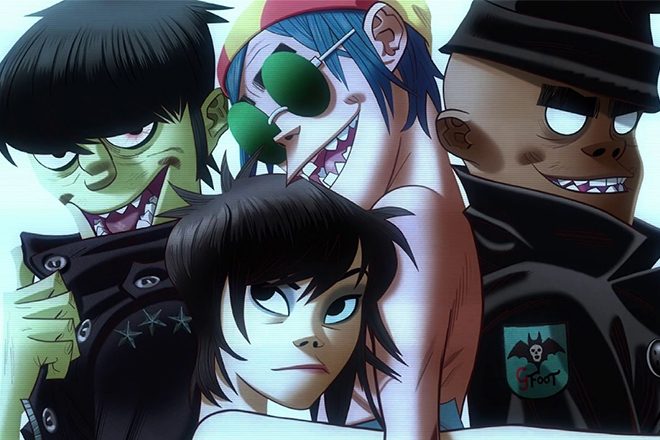 A new Gorillaz album titled 'The Now Now' is on the way, as revealed in a series of teasers. A website was launched and illustrator Jamie Hewlett's wife Emma de Caunes shared a clip on Instagram Stories.

Initial reports of the forthcoming album, out on June 29, arrived in December 2017 when illustrator Jamie Hewlett revealed the group’s plans during a conversation with the German art-book publisher TASCHEN.

Hewlett explained: “We’re working on another Gorillaz album that we’re going to be releasing next year.

"Usually we have a good five-year break between each album but we decided, you know what? Let’s keep going. Because there’s ideas for a few more albums so we’re going to go straight into that. So that will be all of next year and probably the year beyond that.”

Following the extravagant rollout of Gorillaz's fifth LP 'Humanz' in 2017, Albarn told Q Magazine: “If we’re going to do more with Gorillaz we don’t want to wait seven years because, y’know, we’re getting on a bit now."

The announcement comes soon after the news that Damon Albarn left a copy of Gorillaz's new album in the back of a cab during a night out on the town. A confidential source responding to the story told UK publication The Mirror that the project is “really personal” and “politically charged”, saying that many of Albarn’s “opinions on Brexit filter through it.”