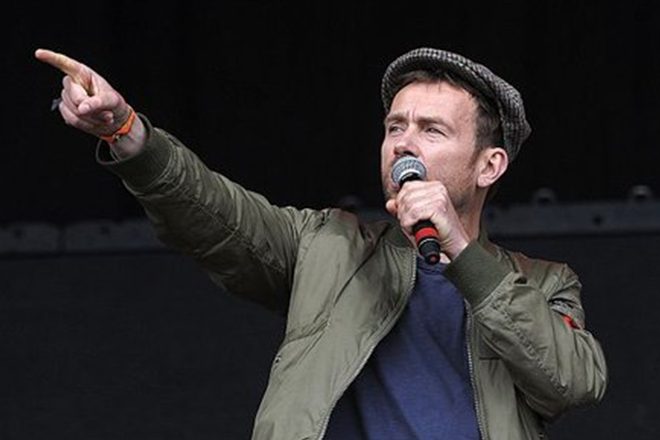 Shortly following the release of Gorillaz's highly anticipated 2017 album ‘Humanz’, the group’s frontman Damon Albarn revealed the news that a new Gorillaz album would be dropping sometime in 2018 - telling the press that the group was “getting on a bit now” and they didn't want to wait “another seven years” to release a new album.

With their forthcoming album scheduled for release sometime next month, panic ensued the other day when Albarn accidentally left his laptop - which contained a master copy of Gorillaz's unreleased album - in the back of a taxi in London after a night out at London’s Groucho Club.

A source told the UK publication Mirror that the loss of the laptop would costed the group millions. Luckily, Albarn managed to track down the taxi and his laptop was returned unharmed.

The source also revealed a few tidbits about the forthcoming album, telling the publication that the project is “really personal” and “politically charged” - saying that many of Albarn’s “opinions on Brexit filter through it.”