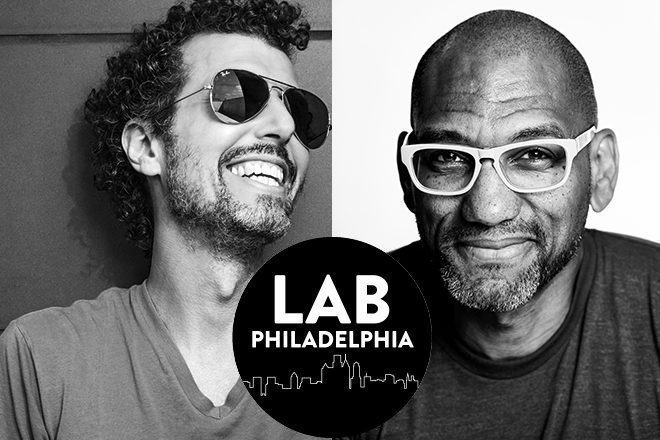 The Lab is Mixmag and Smirnoff Sound Collective’s weekly party, where we stream the best American and international DJs from intimate locations across North America. This week will be the first Lab On Location of 2017, a special edition of The Lab where the team travels to select destinations to highlight the city’s culture and electronic music audience.

This Thursday, Mixmag and Smirnoff Sound Collective head to Philadelphia for The Lab Philly with Josh Wink and King Britt at CODA.

The exclusive event will be the first time the Philadelphia natives are performing together in over a decade, reuniting from a long hiatus after the two founded Ovum Recordings together.

Josh Wink, known as one of the most iconic electronic acts during the rise of underground culture in the nineties, is most noted for his Ovum imprint. The label, which recently celebrated its 20 year anniversary, has paved the way for house and techno across the world.

Wink’s affinity for deeply resonant sounds has defined him as an undeniable talent and household name, growing in popularity with his hits ‘Higher State Of Consciousness’ and ‘Don’t Laugh’ during the formative years of his career. Today, as a revered producer and curator, Josh continues to travel internationally as a top in-demand act, releasing most of his sets via his ‘Profound Sounds’ series. Josh has new releases coming on Soma as well as a new single on Ovum in March.

On opening duties we have hometown heroes Rob Paine & Francisco Collazo, as well as Smirnoff Sound Collective artist Nomi Ruiz, a celebrated vocalist, songwriter and a highly active artist in the LGBT community.

Keep an eye on Mixmag's Twitter to find out how you can join this exclusive party.

The Lab is strongly powered by Void Acoustics. Subscribe to Mixmag TV and watch Josh Wink and King Britt in The Lab Philly on Thursday February 23 on Mixmag's official Facebook page.