In 1994, when Café Mambo first opened on Ibiza’s Sunset Strip, the world outside was rather different. The internet didn’t exist, and mobile phones were rare. Consequently, Café Mambo became a kind of sun-baked, hot-desking hub for the top promoters of the era who needed a rallying point from which to coordinate their troops. Sunbathing, always with a jug of sangria close at hand, those mid-90s brand bosses held their daily meetings at Café Mambo, organising their PR teams from the rocky shoreline. Eventually they would invite their headline DJs down to Mambo for a cocktail or three. And those DJs – as DJs tend to do – began curating blissful pre-party sets to vibe with the most famous sunset on the planet.

Fast-forward 25 years and Café Mambo is now a bona-fide dance music mecca. Owner Javier Anadon’s sons Christian and Alan are DJs and artists in their own right, as the Mambo Brothers. It’s arguably the most famous sunset café in the world, the heartbeat of Ibiza’s legendary pre-party scene and the home of Radio 1’s White Isle broadcast since 1997. Essentially, however, the basics remain just the same. Every evening the sun plunges into the Mediterranean, and more nights are begun, and more memories are made. 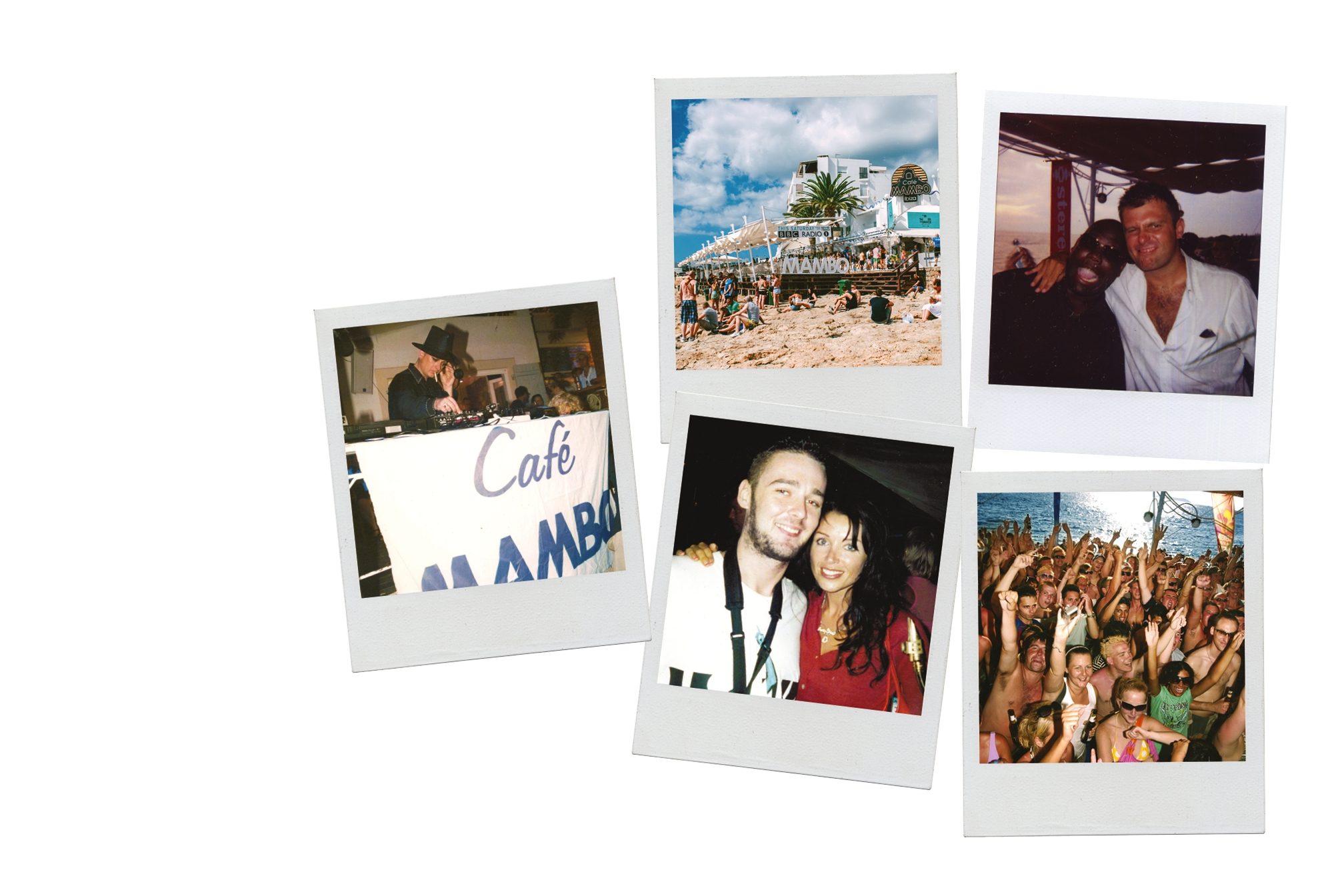 “It was 1995, and I remember my dad telling me that the number one DJ in the world was coming to Mambo. So the next day I went down to the bar at 10am. I waited for him all day, but he didn’t arrive until 11pm. I’ve still got the picture of me with the number one DJ in the world at that time – and that DJ, of course, was Sasha. From 1995 onwards, Mambo became a super hub for DJ culture. Graeme Park, Seb Fontaine, Tall Paul, Boy George, Jeremy Healey, Jon Pleased Wimmin, Allister Whitehead – all those DJs from back in the day. My father was a really good host and he always looked after all the DJs who came from the UK. Little by little, the DJs started coming to Mambo to watch the sunset. Back then, PRs would start false rumours about rival parties, saying the headliner had missed their flight. The rumours would spread across the island because there was no internet – so the DJ or DJs concerned would come down to Mambo to prove they were ready to play the superclubs later that night. It’s one of the reasons why the pre-party scene at Café Mambo became so strong!”

“I performed at Café Mambo in the early 2000s after I released my ‘Neon Nights’ album with Pete Tong on FFRR and Warner Records. It was a huge treat to be invited to perform during the height of summer holiday madness. The audience was sun drenched and ready to party. The air was warm and perfumed with a heady mix of sangria and sun lotion. Back then, the Mambo stage was postage-stamp sized, but we managed to fit every dance move in without falling over each other or off the stage! When I wasn’t performing I was listening to the DJs. I loved Roger Sanchez’s live show – an hour of the most fun music that always seemed to end too soon! Roger became my Ibizan guide whenever I landed on the island. And I would always sit side of stage with a view of the decks and the crowd buzzing while he played. At 25 I was still trying to work out who I was, but Café Mambo has known since day one.”

“The first time I went to Café Mambo was in 2013,to play back-to-back with Hot Since 82. I was pretty nervous; I didn’t know what to expect. What made it good, though, was that the brothers – Alan and Christian – knew my previous music from the 90s. So they made me feel at home and we’ve stayed in touch ever since. The thing about Mambo, what’s so cool about it, is you’re playing in a bar. You know no-one has had to pay to see you and you know you’re approachable. Sometimes I sit down at people’s tables while they’re eating and just talk to them. There’s no other place in the world where you can do that. At festivals people sometimes grab on you and pull you and do whatever, but at Mambo they know – they respect your space, I guess. When you go to Ibiza these days you have to go to Café Mambo. And that’s a great achievement for any place.” 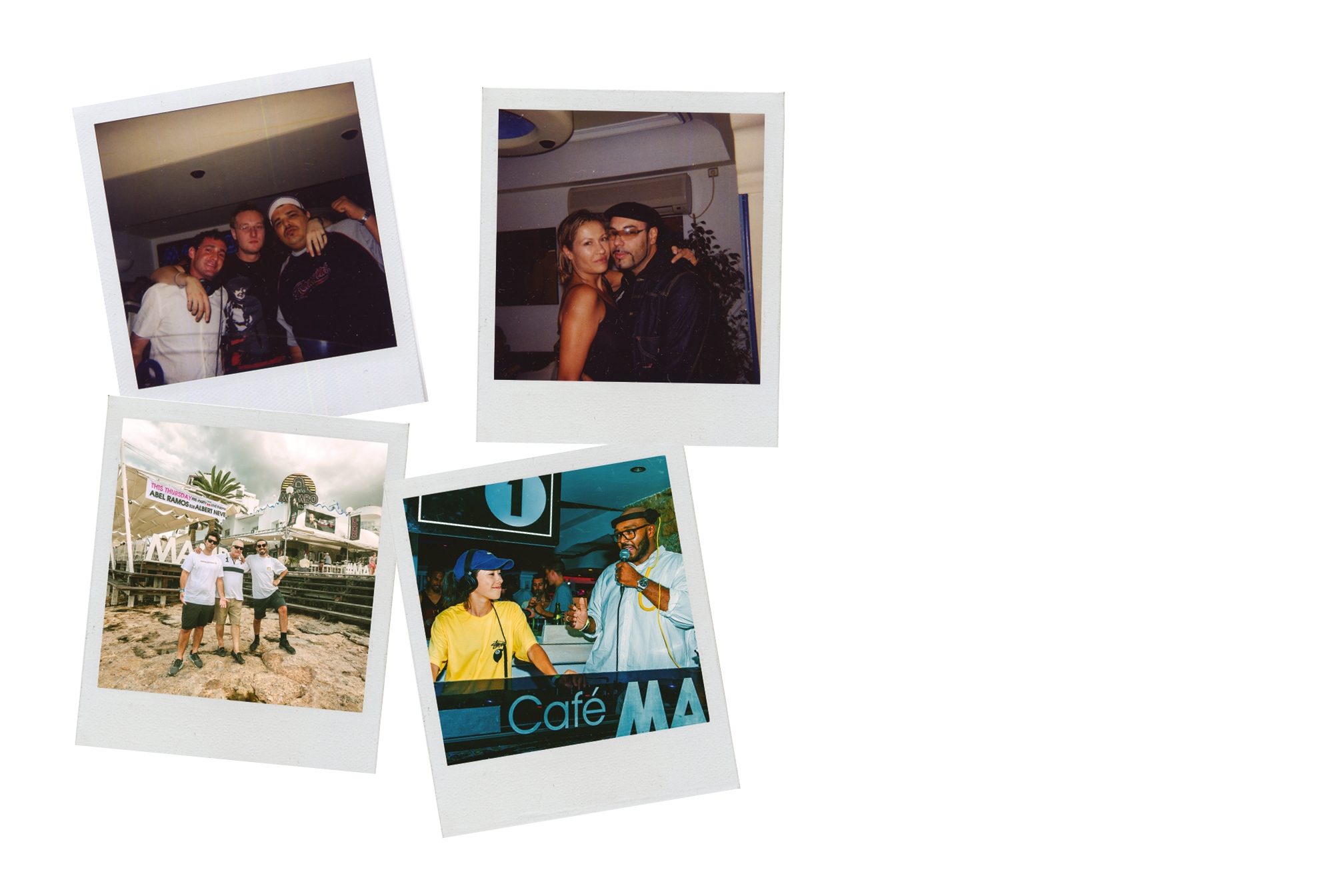 “Me and Alex P were pretty much the only DJs living on the island in 1994, so we were working at every club that was open. When we weren’t playing at Pacha, Space, Amnesia or Ku, we were drinking at Café del Mar. We had an interest in [buying] the bar next door, but when we came back to Ibiza the following summer, Javier said, ‘Guess what, lads? I’ve bought the bar!’ When we told him we’d been interested in it, he apologised and said he didn’t know. We wouldn’t have been able to manage it anyway – we were so partied out! After that, Javier invited us to drink at Mambo. ‘Bring your friends,’ he said. So we did. Before long, it really started rocking. Me, Alex P and Jason Bye used to DJ there a lot. Back then, Christian and Alan were tiny. I used to put Christian on my shoulders in the DJ booth when I was playing! Javier had an amazing vision of how to turn the place into a global brand, introducing the radio station upstairs and then inviting Radio 1 along. When I come back to the island I still go to Mambo first.”

“First time I experienced Café Mambo I was just walking past at sunset. I couldn’t tell you who was playing, but it didn’t matter. I couldn’t see beyond the crowd stacked in-front of the decks as I was standing on the rocks watching the sun go down. The vibe was right. Every DJ wants to play a sunset set at Mambo at least once in their life, and the first time I played there was live on air with Radio 1 in 2015. It was a rammed schedule with loads of DJs popping in and out of the booth and hierbas flying all over the place! I just played the classics; it’s hard not to in that environment. Café Mambo is ingrained in the history of the island now. I’ve cheered on so many people proposing in that 10 second window when the sun is going down and the DJ is playing a perfect tune!” 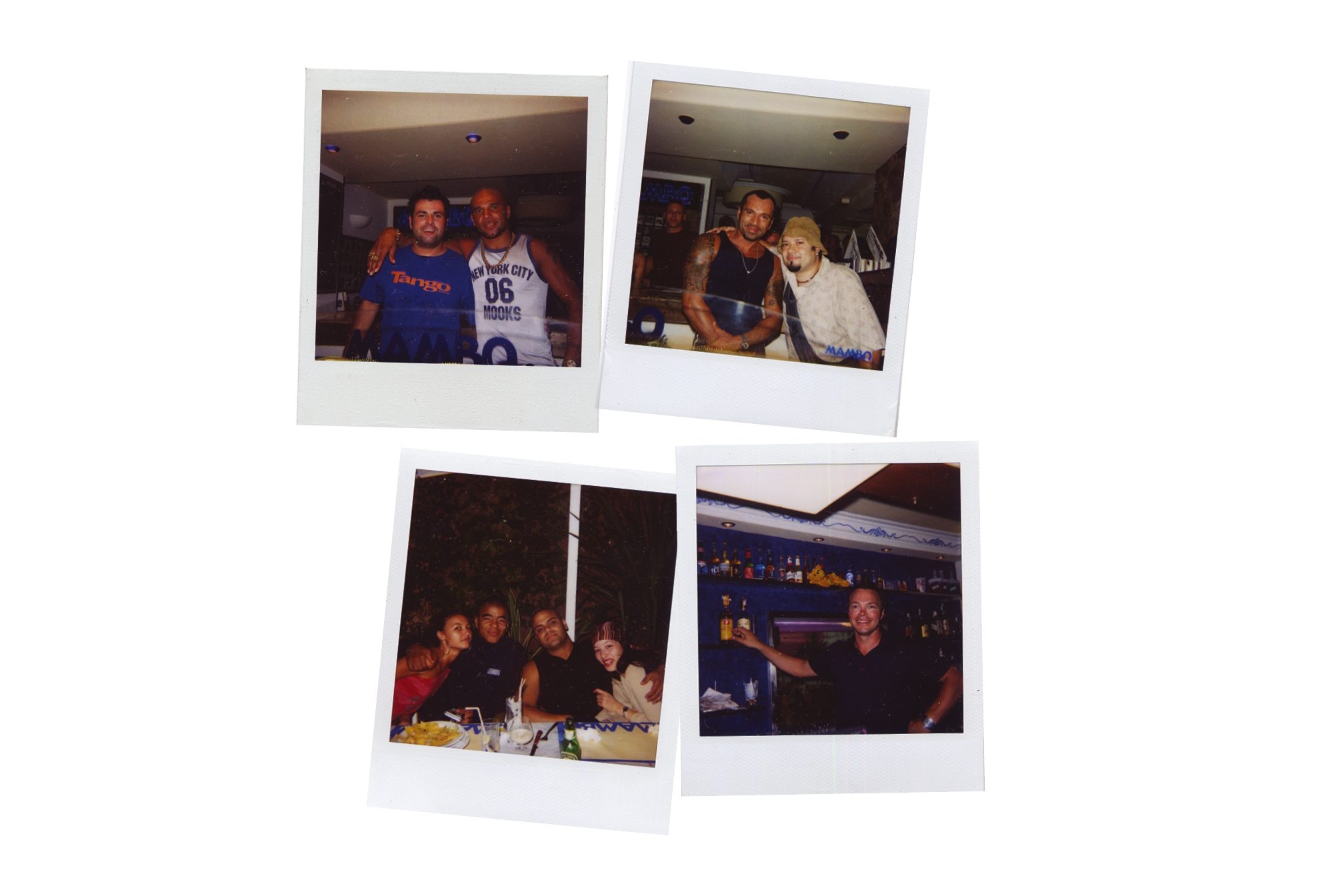 “My first memory of Café Mambo is being press-ganged into a pre-club warm-up session by Manumission. I remember thinking ‘why would I want to go and play in a beach bar for an hour when the sun has just set? What an idiotic idea.’ How wrong I was! Due to the passage of time and my lifestyle in those days, I have no accurate recollection of what happened next. I think Darren Emerson was there but I can’t be sure. The tune that really reminds me of that time is my mash-up of Kungs v Ce Ce Peniston, ‘Finally This Girl’. Every year I think I’m going to be too cool to play it, then my daughter gives me that puppy-dog look that says it will make her holiday if I do and I remember why I’m a DJ rather than a style guru. Mambo has become a vital hub where people meet to plan the night ahead. Young clubbers can get a taste of the hottest DJs, and those DJs can reconnect in a relaxed atmosphere, with everybody sharing the sunset together.”

“The first time I visited Café Mambo was in 1995. I was playing for Cream and everyone kept telling me to check out the San Antonio sunset and this place called Café Mambo. I loved its vibe immediately. Javier, who is most definitely the don, was always a consummate host. He’s really transferred that ethic to his kids. Pre-party culture is unique to the island and it remains that way today. Rather than cannibalising each other, the official pre-parties actually promote and market the larger, after-dark events. That relationship is symbiotic. As time went by, I began to realise just how important Mambo was in terms of setting the tone for the night all over the island. When I started doing my Release Yourself parties, Mambo was an obvious choice.”

Sun, sea and comedowns: How to stay sane in Ibiza
The best clubs and parties in Ibiza in 2019
Cheap thrills: How to have an affordable Ibiza holiday in 2019