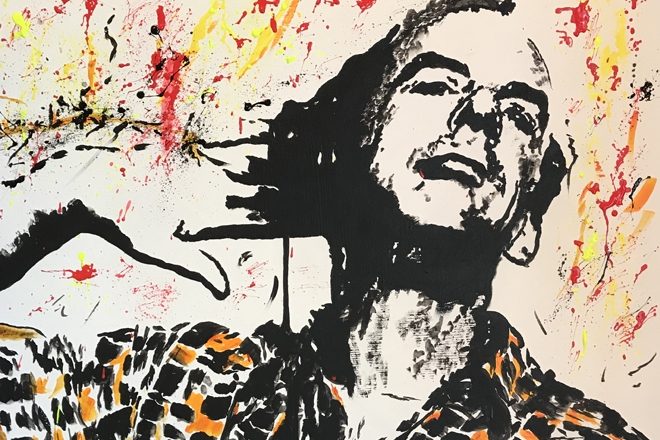 After a successful Newcastle opening in May this year, ‘The History of House’ exhibition will head to London on June 27. The exhibition features original paintings by artist Davey Brown depicting some of dance music’s most iconic DJs, including Frankie Knuckles, Danny Rampling and Carl Cox.

It will be held at 26 Leake Street in Waterloo, with DJs Chelsea Singh and James McLaughlin locked in to play the opening night.

As well as Brown’s own paintings, the exhibition will show old footage from raves and festivals. Brown has also written poems to illustrate the story of house. The paintings and poems will also be made into a book which will be launched in 2020.

Brown is an artist based in Newcastle, specialising in painted portraits of pop culture and sporting heroes. After working for most of his life as a decorator, a leg injury drew him back to art as a way to subsidise his income.

The exhibition will head to Grupo Mambo’s Las Mimosas in Ibiza on September 5, with further dates in Glasgow, Birmingham, Manchester, Edinburgh and Newcastle to be announced. Brown has also made plans to do a special painting for each venue which will then be auctioned off for a local charity.