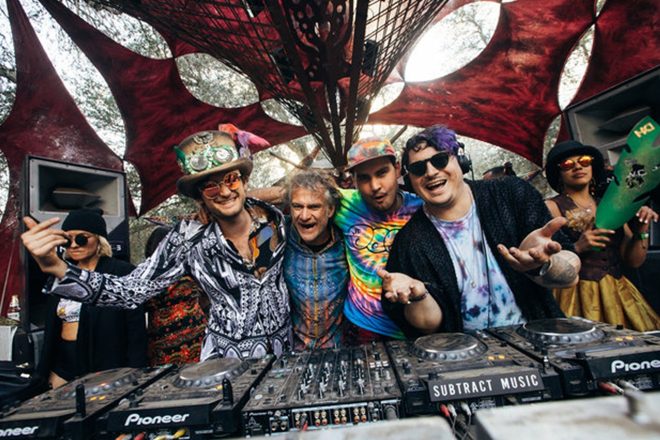 The Desert Hearts crew have announced a full US tour this Fall.

Starting things off at the famous West Coast gathering, Dirtybird Campout, the colorful house music aficionados are hitting the road and bringing their positive energy and unabashed dancefloor spirit to 16 US cities between October 12 and December 30.

In keeping with the season's spirit, Desert Hearts will bring a spectacular and spooky Halloween takeover to San Fransisco's 1015 Folsom venue for Haunted Hearts on October 27 with special guests Latmun and Butch.

On Halloween day, the Belasco Theater in Downtown Los Angeles will light up with what is guaranteed to be an eccentric continuation of their Haunted Hearts events - filled with costumes and radiant ravers on the dancefloor. Damian Lazarus is the event's honored guest of the evening and the Desert Hearts crew have been kind enough to share his wild four-hour set from the 2018 edition of their revered Desert Hearts Festival ahead of the show. Tune into the mix below.

Exuberant, spirited and offering one of the best house and techno shows in the scene, it's safe to say the Desert Hearts Fall US tour is going to be one hell of a party.

Check out the tour details below.