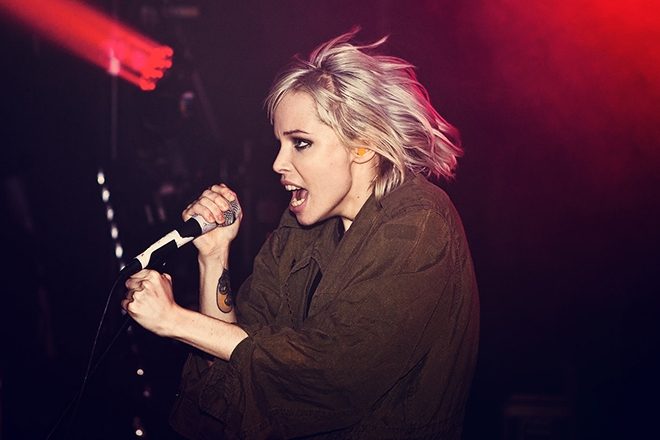 Former Crystal Castles singer Alice Glass claims via Twitter that she has defeated the defamation lawsuit that was filed against her by her ex-bandmate Ethan Kath.

Following Glass’ grueling account of the alleged physical, psychological and sexual abuse she endured from her former musical cohort (published in October 2017), Ethan Kath hit back by serving Glass a defamation lawsuit.

Calling her accusations a “dastardly plan” that was created with the intention to “ruin his good name and reputation in the industry, destroy Crystal Castles... and in turn boost her own career”, Kath filed a lawsuit with the purpose of getting reimbursed for all his shows that were canceled following her story. A few weeks later, Glass found herself getting served a court summons by someone posing as a fan.

just got served after my show in chicago by someone pretending to be a fan. lol see you in court asshole. pic.twitter.com/iVffrIkB4o

Ethan Kath is currently under investigation for sex crimes in the former electronic-duo’s hometown of Toronto. In a tweet following the announcement of her win in court, Glass said: “This is a victory for survivors of abuse and sexual misconduct in countries where abusers use the court system to further victimize and keep people silent. WE WILL NOT BE SILENCED.”

You can find her tweets below and go here to learn more about the alleged abuse she endured during her time with Crystal Castles.

I won in court today!! the defamation lawsuit against me was dismissed !
thank you so much for the love and support throughout this ugly process

this is a victory for survivors of abuse and sexual misconduct in countries where abusers use the court system to further victimize and keep people silent. WE WILL NOT BE SILENCED