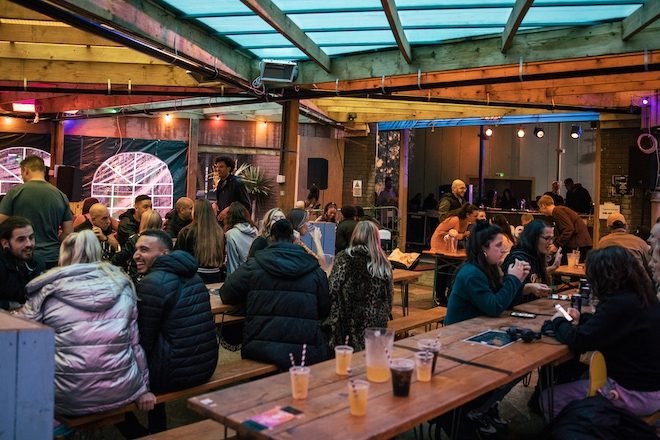 The Cause announced their schedule for autumn/winter DJ gigs, including sets from Surgeon, Forest Drive West, Sherelle and Riz La Teef.

Halloween weekend will be a big D’n’B special, with sets from Engage Audio, DMX Crew, Randall and NTS’ Tia Cousins.

These events will comply with London's new Tier 2 restrictions, meaning that mixing households or social bubbles is no longer allowed in an indoor setting.

Costa Del Tottenham has been covered, heated, weatherproofed, seated and socially distanced in order to run events throughout the winter months. The Northside Beer Hall which opened in July is also going to be adapted for the weather with sealed sides and heaters.

Eugene Wild, co-founder of The Cause, says, “Despite everything, we are powering through, crossing our fingers every day that some light will appear at the end of the tunnel. We feel very, very lucky to be one of London’s only venues to have the space to do this and as such we aim to keep our doors open seven days a week wherever possible to provide London with a truly underground, community space.”

The Cause is also running anti-racist discussions and panels during the week, as well as continuing Touche, its regular drag cabaret hosted by resident queer party Adonis.

Check out the full event listings for The Cause’s upcoming season here.