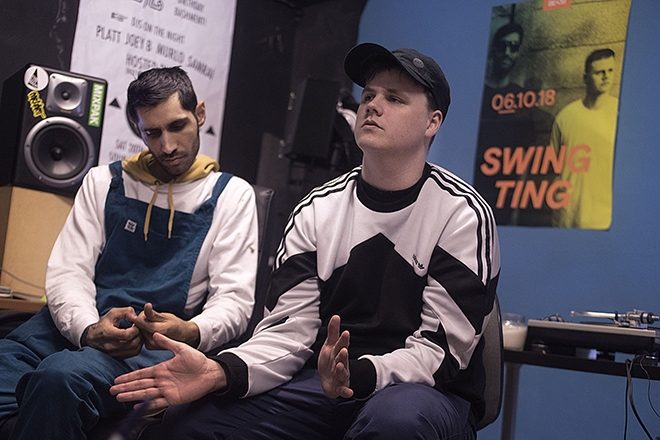 Swing Ting members Samrai & Platt (pictured) have followed up the release of their debut album ‘100 Dances’ earlier this year with a new collaborative track with fellow Manchester-based artist PERiiSU.

The collaboration comes as a result of Reform Radio’s ‘Co-Lab Theory’ project, which linked up eight mentor artists with eight up-and-coming talents.


Speaking about the project, PERiiSU said: “I gained some great insight into how different producers like to create and how not to be afraid to step out of your comfort zone sonically”.

Samrai said: “I found the process of mentoring an upcoming producer to have been a great experience and I actually picked up some amazing arrangement tips from PERiiSU, in terms of the detail she goes to with automation as she works”.

Platt said: “When we were first introduced to each other’s music, PERiiSU’s sound design was something that really stuck out to me - it was great to get a glimpse into her process and I’m really happy that we were able to channel that talent and expression into a club-ready piece of music.”


The track is out now via Reform Radio’s sister organisation Rhythm Lab Records.

PERiiSU also guested on Swing Ting’s latest NTS show, which you can listen to here.

Get ‘Business & Culture’ here and listen below.