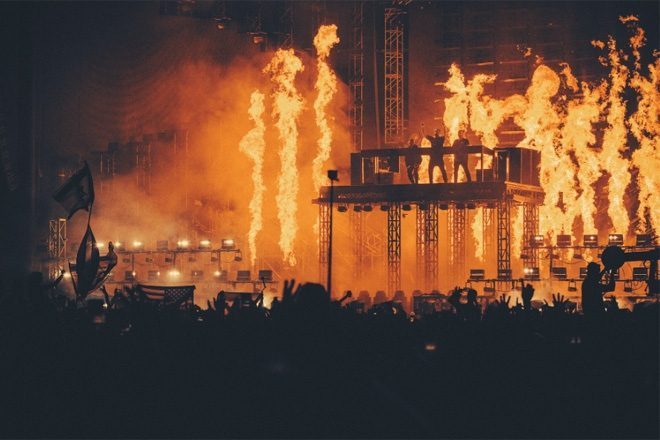 During their headlining set at the ARC Stage at Creamfields this past Sunday, Swedish House Mafia got a little overzealous with their pyrotechnics display.

The trio's production was so intricate and massive in scale, the stage had to be shut down for a full day ahead of their performance. Taking the stage for thousands of screaming fans, the group cut the lights while playing out their Knife Party collaboration 'Antidote' before cueing its drop alongside the spectacle of skyrocketing flames that towered above the crowd.

Your EDM reports that one of the individuals tasked with setting up the stage told a few "lads" in a tattoo shop that the flames caused £4 million in damages for permanently wrecking the stage's LED screens.

You can check out a video of the intense fire display below at the 56-minute mark.