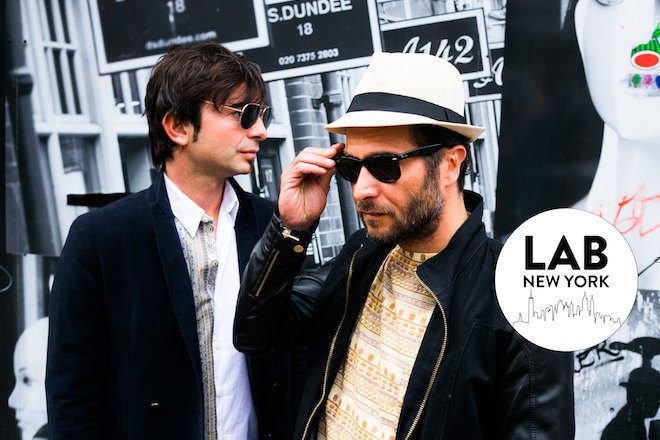 The Lab NYC is Mixmag and Smirnoff Sound Collective's weekly afterwork party where we stream the best American and international DJs from the intimate space connected to our Brooklyn office. On Thursday, Mixmag invited Supernova to showcase their melodic techno rhythms.

Since their inception Supernova have relentlessly pushed the limits. After releasing their debut album in 2003, the Italian duo consisting of Emiliano Nencioni and Giacomo Godi quickly established themselves as leading underground tastemakers by supplying the scene with hypnotic, driving dance music. Their material has landed on acclaimed labels such as Get Physical, Noir Music, Defected and their very own Lapsus Music imprint which allows Supernova to showcase their eclectic taste.

Today Supernova are continuing to make waves by staying true to the essence of their sound while also touching on a variety of styles including tech, funk and acid house. Currently they are on a mini tour, making stops in NYC, Colombia and Germany while also recently releasing a new EP on Stereo Productions.

The Lab NYC is strongly powered by Void Acoustics. Tune into MixmagTV or watch Supernova's exclusive Lab NYC set below.