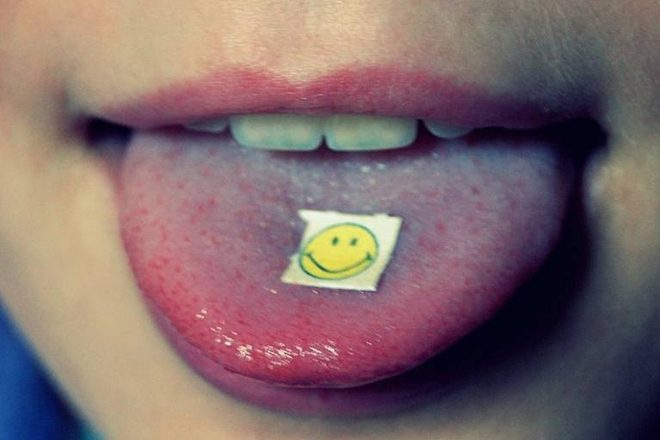 A new systematic study of microdosing psychedelics that was published in the academic journal PLOS One earlier this month has yielded some fascinating results.

The practice of microdosing is the administration of drug doses on a semi-regular schedule that are so low they are unlikely to produce whole-body effects, but high enough to allow the cellular response to affect the consumer in a multitude of fashions.

A growing trend among artists, entrepreneurs and more, numerous online forums are dedicated to exploring this practice with the use of psychedelic drugs such as LSD and psilocybin mushrooms. Doing it "correctly" (typically determined as one-twelfth of a dose on a day-to-day basis) is rumored to have some positive psychological effects on a person's daily life. Despite this, very few scientific studies have been dedicated to studying this phenomenon.

"There are thousands of news stories and personal accounts online that describe a wide range of benefits associated with microdosing, but there is very little scientific evidence on the topic," said study author Vince Polito during a chat with PsyPost. "We wanted to see whether these claims were justified or whether the effects of microdosing could be explained by expectations or placebo".

For the first part of the study, researchers tested 98 people on attentiveness, mood and sense of agency while microdosing various psychadellic substances for six consecutive weeks.

Citing several positive but subtle short-term effects, participants reported heightened levels of contemplation, creativity, connectedness, wellbeing, focus, happiness and productiveness on days they microdosed. Some of the long-term effects included a decrease in feelings of depression and an increase in overall attentiveness. Despite these two encouraging finds, researchers also noted that feelings of neuroticism had also slightly increased in participants once the six-week-trial concluded.

To better understand their findings, researchers investigated the "pre-existing beliefs and expectations about the effects of microdosing in a sample of 263 naïve and experienced microdosers" in the second half of the study. All the participants assumed that microdosing would have substantial and wide-ranging benefits on their overall mental wellbeing. In contrast to those expectations, people’s responses to the psychedelics were reasonably subtle. There was an increase in focus and their stress melted away, but no mind-bending trips were reported

Overall, the researchers responsible for the study stand by the fact that microdosing psychedelics can help reduce depressive symptoms and stress while boosting focus, but insist that further research is needed.

Since microdosing is illegal in most parts of the world, Polito's research was not allowed to conduct a direct, lab-based experiment. Instead, he systematically tracked the experiences of people already microdosing via an anonymous online system.

“This means that our results rely on the accuracy and honesty of participants’ reports," says Polito. "As such, these results highlight some important possible effects of microdosing, but more careful follow-up research is needed to confirm these findings".

Do you have to do drugs to enjoy dance music?
Why acid house is the last thing I want to listen to on acid
New study indicates that psychedelic drugs make people less violent