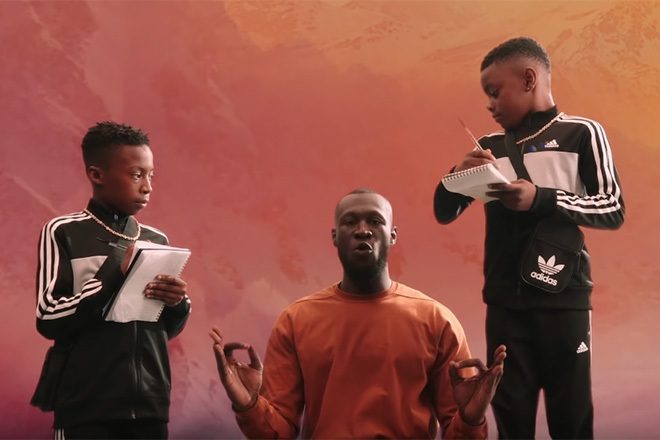 Stormzy has unveiled the video for his new single 'Sounds Of The Skeng'.

The London MC's single is produced by grime don Sir Spyro and follows 'Crown', 'Vossi Bop' and Ed Sheeran collaboration 'Take Me Back To London'.

Stormzy's joined by his nephews in the video, as he takes on a few different characters - from a school teacher to a boxer - as he spits about his Brit Awards and about living "in the sticks now".

Watch the video for 'Sounds Of The Skeng' below.

Stormzy at Glastonbury: A pulsating yet touching set from the UK star
Stormzy releases new single 'Crown'
Stormzy returns with new single 'Vossi Bop'
Get the best of Mixmag direct to your Facebook DMs