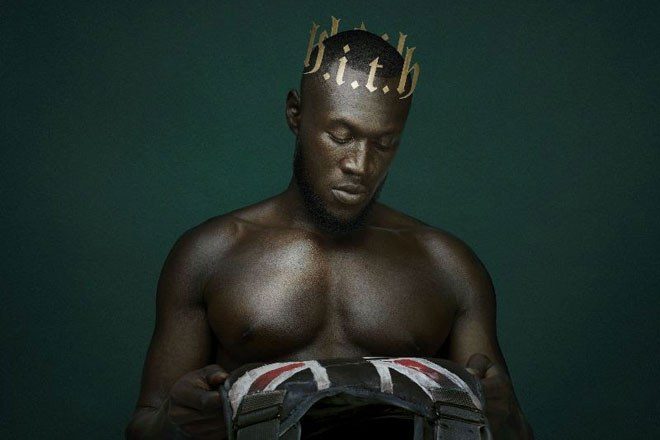 'Audacity' is the latest from Stormzy's new album 'Heavy Is The Head', which is out on December 13. Stormzy references his headline slot at Glastonbury - and the Banksy-designed vest he wore - in the track, rapping "When Banksy put the vest on me, felt like God was testing me".

The track is accompanied by a nighttime-shot video, directed by Taz Tron Delix, which sees Stormzy stood atop a moving lorry, before Headie One joins him in a dimly-lit warehouse.

Read this next: We went to the Banksy pop-up in London

'Audacity' comes after 'Own It' with Ed Sheeran and Burna Boy and the announcement of a 58-date world tour in 2020. This includes three dates at the O2 Arena in London in September. Get tickets for the UK and Ireland leg of the tour here.

Check out the video for 'Audacity' and the 'Heavy Is The Head' tracklist below.