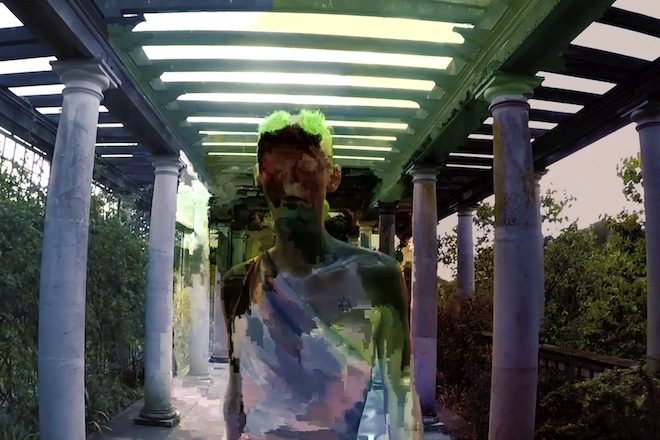 Producer and songwriter Spent has released a video for their 2020 song ‘So Small’.

A double-edged love song, Spent sings, “I’m so small next to you/All that you do keeps me pushing through”, new layers of vocoded harmonies being added with each new line.

Read this next: Queer the dancefloor: how dance music evolved by re-embracing its radical roots

In the music video, Spent struts through overgrown grandiose structures, dissolving into pixels at various points.

Speaking on the video, Spent explains, “I first wrote ‘So Small’ as a declaration of love and admiration towards one of my close friends, however it quickly developed into a vast sonic expanse of rolling hills and destruction. It felt so emotional yet so digitalised. After speaking with [video director] Joninator, we realised the video had to be just as intimate, almost POV, engaging the viewer to feel a sense of connection and loss as I am slowly swallowed into the pixels of the video. I think the video balances such a beautiful line between hyper-manufactured and natural.”

Read this next: Post-PC Music: how the London label inspired a new stage in the pop continuum

The video release for ‘So Small’ marks the final music video for Spent’s 2020 ‘Cybernetics’ EP. ‘Cybernetics’ was an exploration of their existence online, raw and vulnerable as they explored questions of gender and mental health.

Spent has previously performed alongside acts like Jessica Winter, Lynks Afrikka, The Ninth Wave and Tsatsamis. Their recent track ‘Never Lose’ with TAAHLIAH was added to Spotify’s ‘hyperpop’ playlist.

Watch the video for ‘So Small’ below.