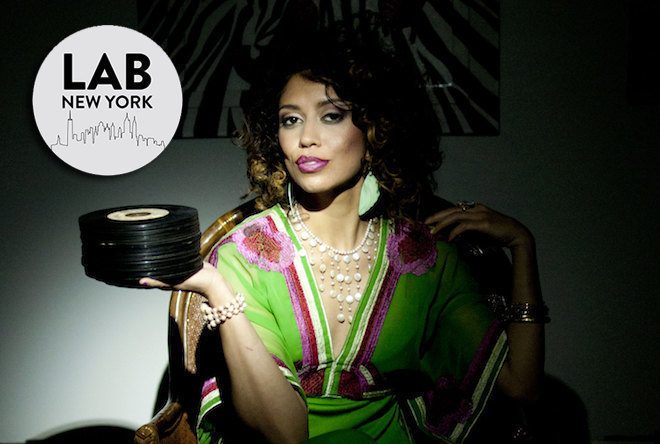 The Lab NYC is Mixmag and Smirnoff Sound Collective's weekly afterwork party where we stream the best American and international DJs from the intimate space connected to our Brooklyn office. On Thursday June 22, Mixmag will welcome Soul In The Horn for a full Lab NYC takeover with its resident DJ Natasha Diggs.

Natasha Diggs has come up for over a decade as a New York City mainstay, famous for her taste in blending soul, funk, hip hop, disco, latin and skills as a master vinyl-selector.. Over the years, she's performed alongside legends like Mark Ronson, Grandmaster Flash, Dam Funk and Erykah Badu. In 2014, she was invited by Damian Marley as a featured DJ on his inaugural, now-famous Welcome To Jamrock cruise. The following year, she became the official DJ for Lauryn Hill's international 2015 tour.

The Soul In The Horn party series has become a New York City staple bringing electronic acts together with live music and dynamic, high-spirited energy. For over two years, the weekly get-down was hosted at Subrosa NYC and has since moved to Highline Ballroom.

The Lab NYC is strongly powered by Void Acoustics. Subscribe to Mixmag TV and watch Natasha Diggs for the Soul In The Horn Takeover in The Lab NYC on Thursday at 8:00PM EST.