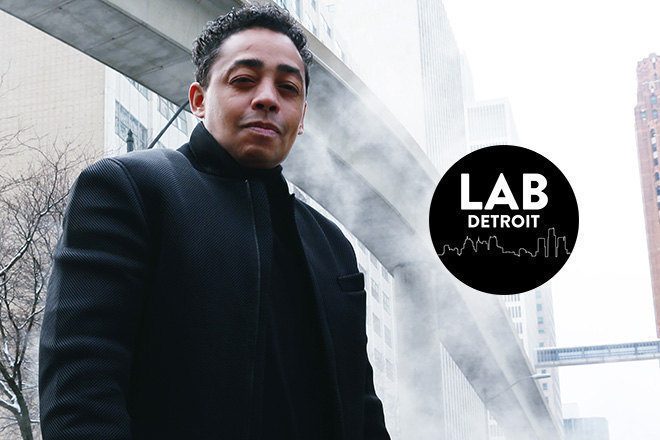 The Lab is Mixmag and Smirnoff Sound Collective’s weekly party, where we stream the best American and international DJs from intimate locations across North America. This time, Mixmag takes The Lab on location to select destinations to highlight the city’s culture and electronic music audience.

On Friday, May 26, Mixmag and Smirnoff Sound Collective heads to the birthplace of techno during Movement Electronic Music Festival for The Lab Detroit with Delano Smith, Amp Fiddler and Waajeed at Queens Bar.

Delano Smith is among the first wave of Detroit artists, widely recognized as a true pioneer of house and techno holding rich ties to the city's origin culture. His name is synonymous with the global expansion of rave music culture, growing as a powerful underground force throughout Berlin and London and paving the way for countless critical artists ahead.

Local Detroit hero Amp Fiddler is most celebrated for his exceptional work as a keyboardist and producer. Fiddler, who has appeared on tracks with Prince and George Clinton, is a famously funky artist whose sets dive straight into soul and dance. For May 26's special Lab Detroit, Amp will showcase a hybrid live performance using Roland's new DJ808 controller.

Waajeed, also known as Robert O'Bryant, brings Mixmag's Detroit celebration full circle as another city legend. The widely respected producer, instrumentalist and hip hop artist has joined forces with John Legend and the late J Dilla throughout his career. Waajeed will also be performing with a hybrid set up featuring the Roland DJ808 for The Lab Detroit.

Catch Delano Smith in Detroit all weekend, Friday at TV Lounge following The Lab, Sunday at Motor City Wine and Monday at Marble Bar for the closing Where Are My Keys party.


The Lab Detroit is equipped by Roland.

The Lab is strongly powered by Void Acoustics. Subscribe to Mixmag TV and watch Delano Smith, Amp Fiddler and Waajeed in The Lab Detroit here.