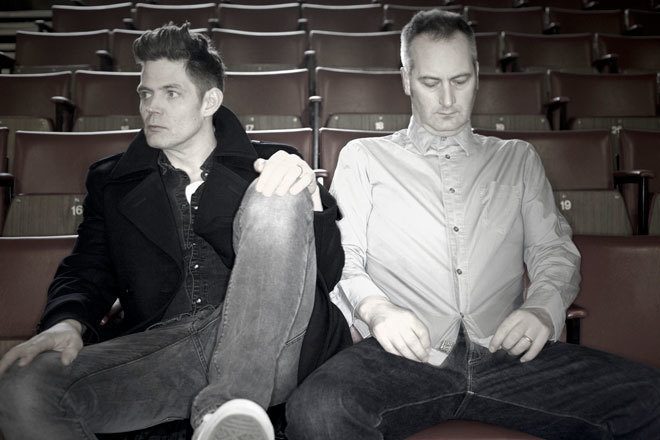 Glasgow techno duo Slam have joined forces with London’s Perc on Volume 2 of their five-part project, ‘Louder Than Chaos’.

Out today, October 15, the next volume of the Slam project once again drops via the pairs’ own imprint, Soma Records.

Read this next: Perc: "A lot of artists aren't doing techno any favours"

‘Louder Than Chaos’ is a five-part series with the first part featuring contributions from 999999999, Hector Oaks and Keith Tucker - otherwise known as Optic Nerve - released on September 24 as a three-track EP.

The next release also follows a similarly eery feeling, with both techno artists teaming up to encapsulate the past two years of lockdown, and celebrate the return to dancefloors.

“On March 2020 the world was abruptly thrown into collective disarray. The pandemic stopped almost everything dead in its tracks. No social gatherings, self-isolation, a sense of panic and bewilderment prevailed,” reads the project’s description.

It continued, “The focus of the project is built on a powerful mutual participation, remotely constructed over time and fully intended for holding court on peak time dance floors when they inevitably return.”

Read this next: Paula Temple and Slam talk about raves without phones, hybrid sets, Berghain, and Riverside Festival

The new double-A side release is available both digitally and physically as a 12” copy. Pick up the latest volume of ‘Louder Than Chaos’ here.