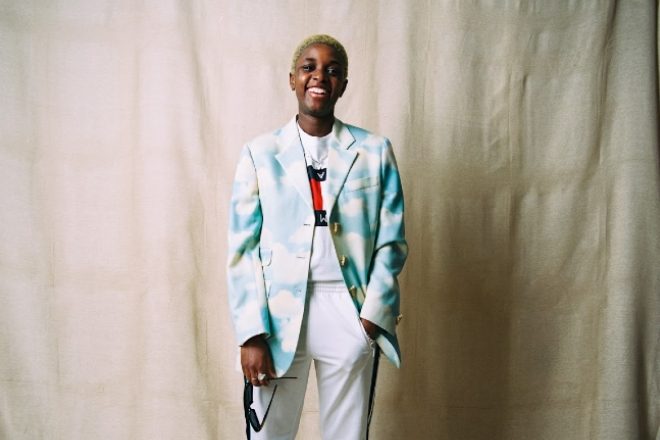 UK DJ and producer SHERELLE has announced the launch of her new platform BEAUTIFUL to cultivate new music scenes in the Black and LGBTQI+ communities.

The platform hopes to follow in the footsteps of labels and collectives such as Juke Bounce Werk, Haus Of Altr, 2000 Black, and AKO Beats, and aims to push boundaries within the electronic music scene to offer these communities deserved recognition.

Talking about the need for a platform of its kind, SHERELLE said that “so much energy is needed to exist” being Black and queer in the electronic music scene, where it can be equally as rewarding as exhausting.

The DJ also stated: “The echo chamber that sometimes social media is can often be a short term solution but how will things change in the long run? Seeing my friends cultivate their own ways to combat whitewashing and the erasure of both Black and queer history has influenced me bares."

The platform will also double as a label, giving artists the assets that they need to build communities within the scene. The first release on the platform will come in the form of a compilation of the DJ’s favourite artists from across the UK and Europe.

SHERELLE commended Reprezent Radio for their support in her career, stating that she wouldn’t be in the position she is today without the Brixton station.

“Black artists have been disproportionately affected by COVID. Loss of income has deeply affected my communities, especially considering the lack of representation and bookings that fluctuate within the mainstream scene has not helped. Not all Black people have generational wealth,” she said.

Read this next: SHERELLE on how style can be empowering

BEAUTIFUL will offer a platform for artists not just in the UK but across Europe, providing workshops both educational and technical, and work with partners to push new music and attain equipment for emerging artists.

Further down the line, the platform also has aims to expand into nightlife, owning clubs across the globe where Black and LGBTQI+ music is placed as a priority.

“We want to create more spaces for the communities to thrive and I want the security of knowing that Black & LGBTQI+ nights will continue to cultivate the amazing scenes that we already have. But will also break the glass ceiling above us.”